A Mansfield fire fighter finds a stolen purse and returns its 84-year-old owner. Get the story. 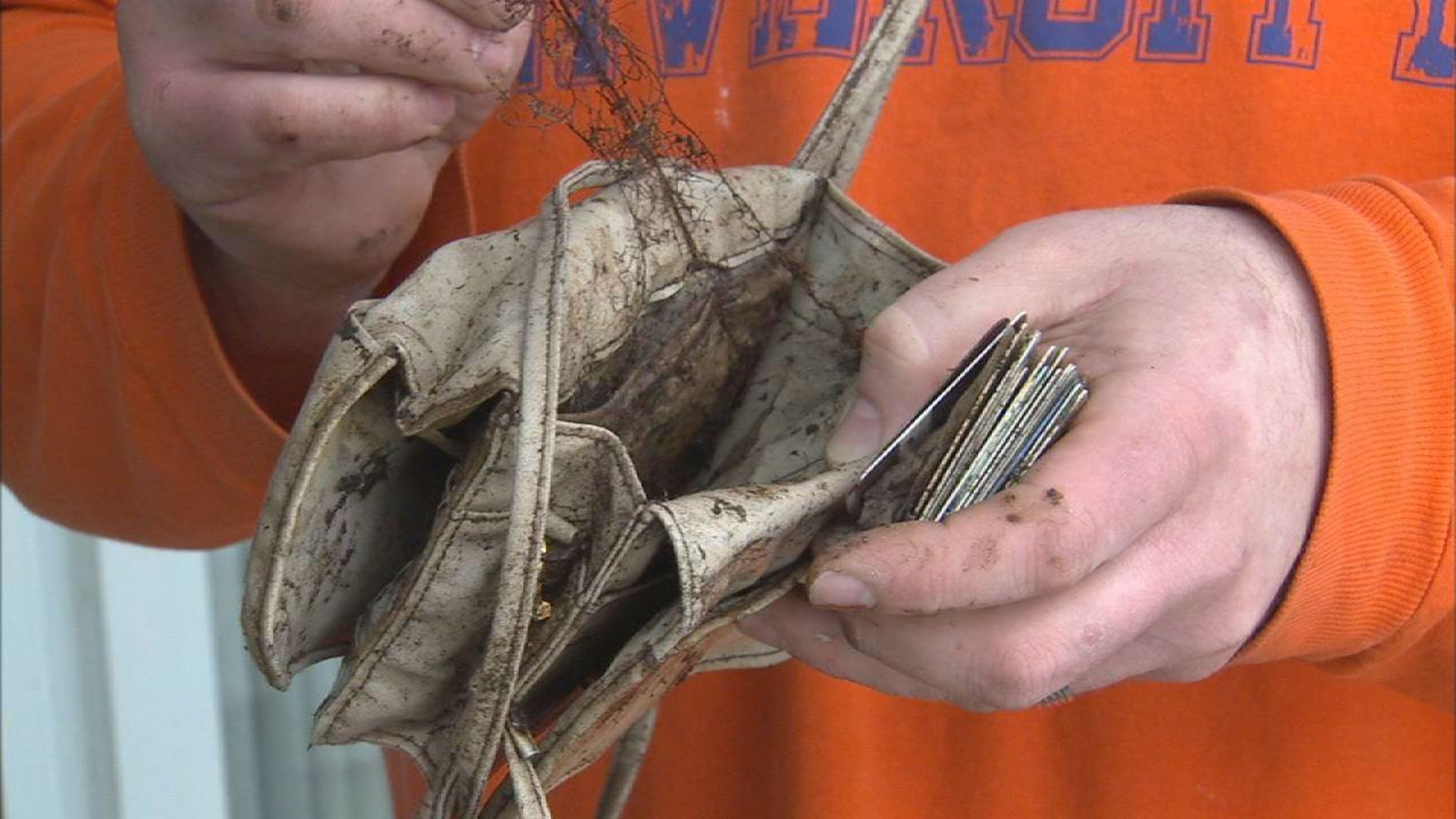 Mansfield Firefighter Corey Volz says he’s ready to respond to any medical or fire run when he comes to work every day.

But little did he know he'd be caught in the middle of a big mystery.

"You never really know what you're going to get into," he said.

Volz was off duty last Wednesday when he started picking up litter in his neighborhood, something he’s done for years.

He says he was walking along Owens Road when he discovered a battered, weather-beaten purse covered in roots and leaves, just a few feet off the roadway.

She said her purse had been stolen right out of her car, while she and her husband were walking on a bike trail just off Owens Road.

Volz alerted the Richland County Sheriff’s Office about the purse and turned it in.

Days later, deputies returned the purse to Oyler, who is now 84 years old.

On Tuesday, Volz visited Oyler to return the purse.

"Plants, roots, everything was still growing in it," said Mike Yoha, Oyler’s grandson.

After all those years, Oyler’s driver’s license, some store credit cards and some loose change were still inside the purse.

"It's a neat story to see the purse after this long, becoming one with nature," joked Yoha.

Oyler’s grandson says the return of the long-lost - and almost forgotten -- purse was a nice surprise for the family.

"It wasn't about the objects in it, it was more about the memories associated with it. It was neat," said Yoha.

For Volz, it was just another day of serving his neighbors.

“Just helping out, that's the way I view it,” Volz said. “If everybody helped each other out, we'd be in a better place."

To this day, police still don't know who stole Dorothy Oyler's purse that day in 2001.