'I don't have 200 customers, I have 200 friends': Portland barber still cutting hair at 90 years old

On the eve of his 90th birthday, the iconic Portland barber says he has absolutely no plans to retire. 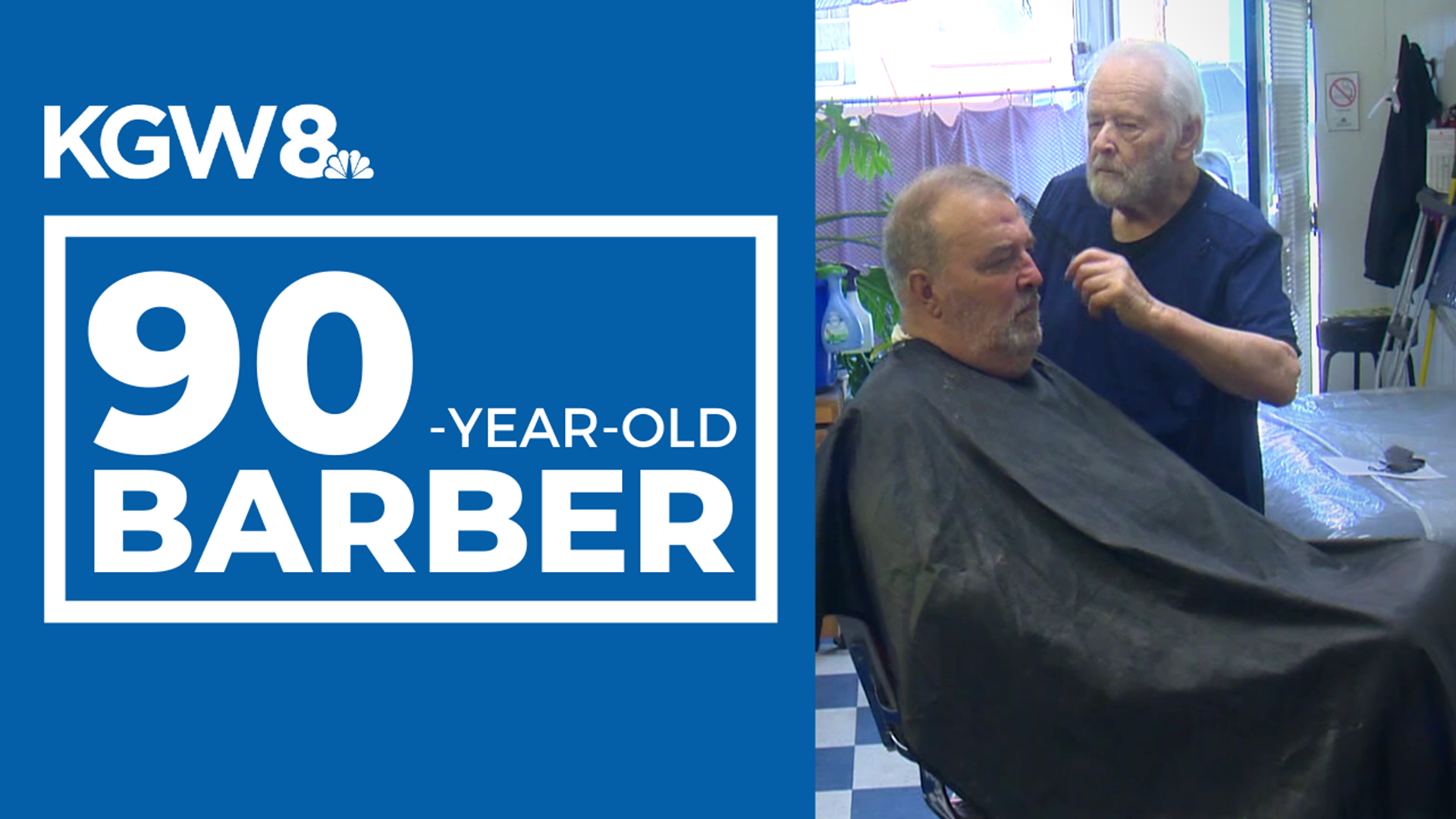 But reaching 90 does not mean he's reached retirement.

He still cuts hair four days a week at his barbershop in the Multnomah Village neighborhood of Southwest Portland and has no plans to hang up his scissors.

"I'm going to go down cutting," predicts Tadic, "I just hope I'm not working on a customer when it happens!"

The day we stopped by, Greg Fuller was the customer occupying the only barber chair in Ivan's shop.

Fuller started coming here in 1961, when he was just 6 years old.

Back then, it was his dad’s barbershop. Ivan says his dad taught him two very valuable lessons. Naturally, one of them was how to cut hair.

Inadvertently, the other was how to listen.

"His customers would be talking to him and all of a sudden he would just butt right in," explains Tadic.  "I thought, I'm going to do exactly the opposite. So, I listen and when they tell me something, I pause, and look what happened! I don't have 200 customers, I have 200 friends!"

About 40 years ago, one of his customers gave him the nickname, "Ivan The Hairable." Based on the glowing reviews he gets, "hairable" must be another word for great.

He's a great friend to his customers and gives them consistently great haircuts. Tadic says the secret to those great cuts is simple.

Ivan was born during the Great Depression. To get to this weekend’s 90th birthday, he also had to survive 'the Great Pandemic.'

But if you ask any of his customers, they'll tell you Ivan and his shop aren’t just surviving, they’re thriving!