Where was the drizzle? Why it went unnoticed on radar on Sunday

Sunday evening had drizzle, which turned into freezing drizzle once temperatures fell below freezing. Why wasn't it on radar? Meteorologist Ross Caruso explains. 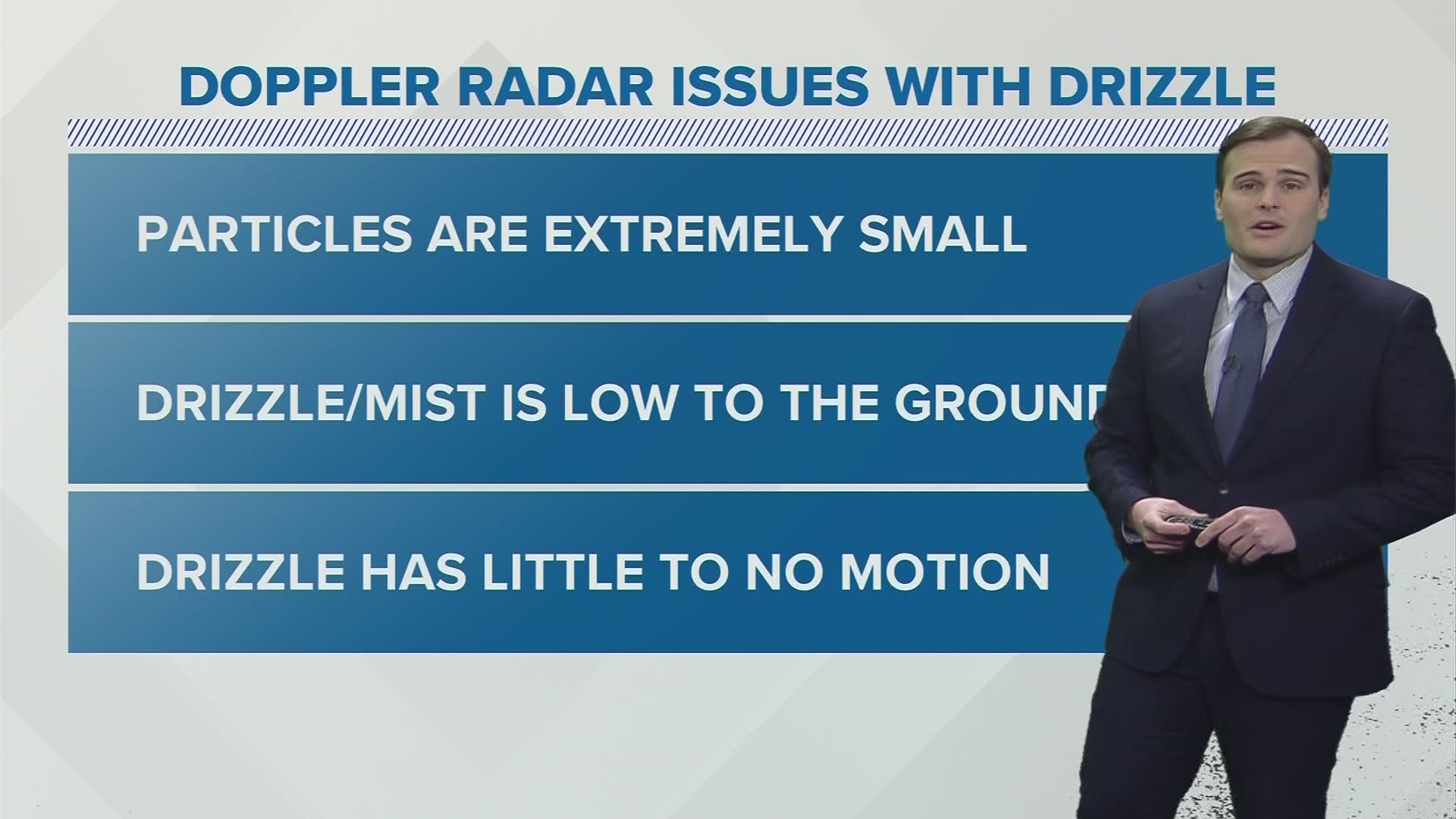 Last Sunday we saw a real mixed bag of precipitation. Near the end of the day we saw most of the rain/snow move out, but a drizzle lingered and ended up causing some headaches for those of us across Central Ohio.

The headaches came from when that drizzle fell when temperatures also fell below freezing after sunset, which then turned into freezing drizzle.

Those slick conditions went unnoticed on the weather radar and weren't realized until the ground reports started piling in.

Ice or what people like to call "black ice" formed, which isn't even actually black. Black ice is a very thin layer of ice that is so thin that it looks completely transparent.

Those are the types of events that can be deceiving because we can see what falls from the sky, but it's hard to see what's going on right at the surface, especially late at night.

The issues with the radar not detecting the drizzle is actually very common and is something that we see from time to time.

First, the particles in drizzle compared to normal raindrops are significantly smaller. So small that it's hard for the radar to detect particles of that size.

Another issue is that drizzle or mist forms in lower levels of the atmosphere, which can't be seen by the radar, especially for droplets that are far away from the radar site.

Just like when there's a tornado warning, we can't see the ground level rotation in a potential tornado; but we can see the rotation in the upper levels of the storm that can help us recognize a potentially dangerous situation.

With drizzle we only have the lower level clouds and residual moisture, so it's hard to pick up via radar.

The last issue is that drizzle is almost stationary or has little to no movement.

All of these factors lead to undetected precipitation and like Sunday's case, some widespread slick roadways once freezing drizzle formed.

Anytime the temperature falls below freezing and rain(or drizzle) is falling, make sure you're being careful as you go out and about.