Hot weather and storms are in the forecast for the biggest fireworks show in the MIdwest. 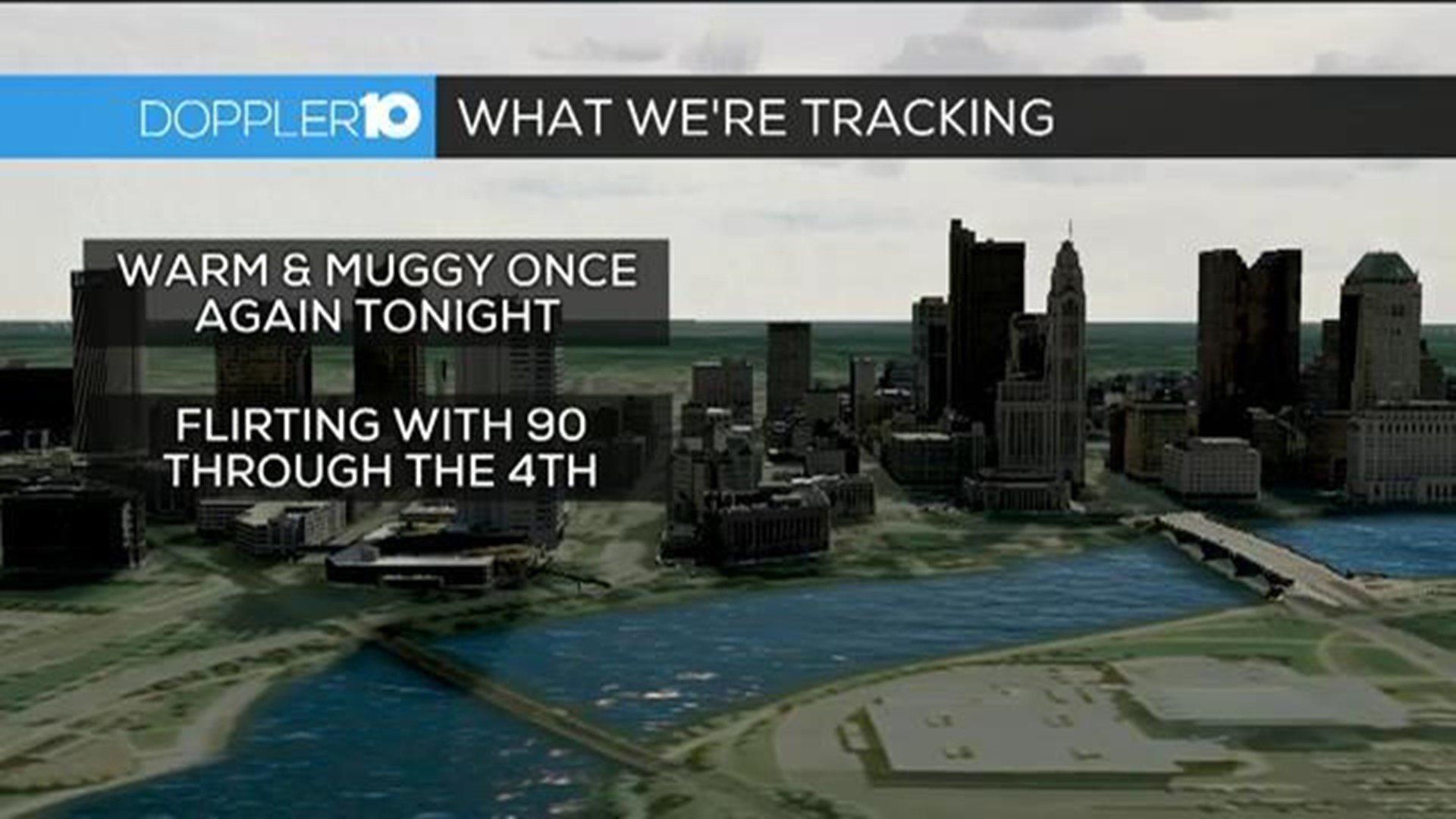 Red, White & BOOM! is almost here which means half a million people will descend on Downtown Columbus in less than a day's time. You don't need to be a meteorologist to know that it's been hot and humid as of late.

The stifling weather is expected to continue for the rest of the week. This means that showers and storms will be possible which isn't the best news for those heading to Columbus for the show.

If inclement weather hits the Columbus Police Department says it doesn't have an assigned area for people to take shelter but they'll be advised to head to their cars or a nearby garage.

Organizers of Red, White and & BOOM! say the event is in its 39th year and that weather has never canceled the show.

The event will go off rain or shine but it'll be held off if lightning becomes a major issue. Earl Burke is the site manager for the event. He says they have wiggle room on either side of the start time so they can move up or postpone the beginning of the show if necessary.

"Safety is the first thing we look at. If something happens where the general public is going to come in danger from something like heavy storms or lightning then we're not going to shoot. That's critical."

Heat could also be a major issue at the firework show. We just got through our first heat wave of 2019 and Tuesday was the hottest day of the year so far. With heat and humidity slated to continue people are asked to wear light, loose-fitting clothing along with wide-brimmed hats to cut down on the risk of heat exhaustion.

Pop-up tents provide some much-needed shade and if you do experience dizziness you can visit one of the five medic stations around the area.

"We do have plenty of medics stationed around the site so if you start to feel woozy or light-headed stop into one of the medic tents, they'll help you out," said Burke.

Staying hydrated is key in weather like this. That means lots of water or sports drink and minimizing caffeine and alcohol consumption. Doctors say two to four cups of water before you feel thirsty, should be enough to do the trick (assuming your doctor doesn't limit the amount of fluids you drink and that you're not on water pills).

And when temperatures get this hot Burke says a little tolerance can go a long way, "I can't stress this enough, patience. Because when it gets hot people's tempers get to run and it's not good for anybody. We want everyone to come down and have fun."