Snow to taper off in central Ohio

In much of central Ohio, about a dusting to around 2” of snow is expected. 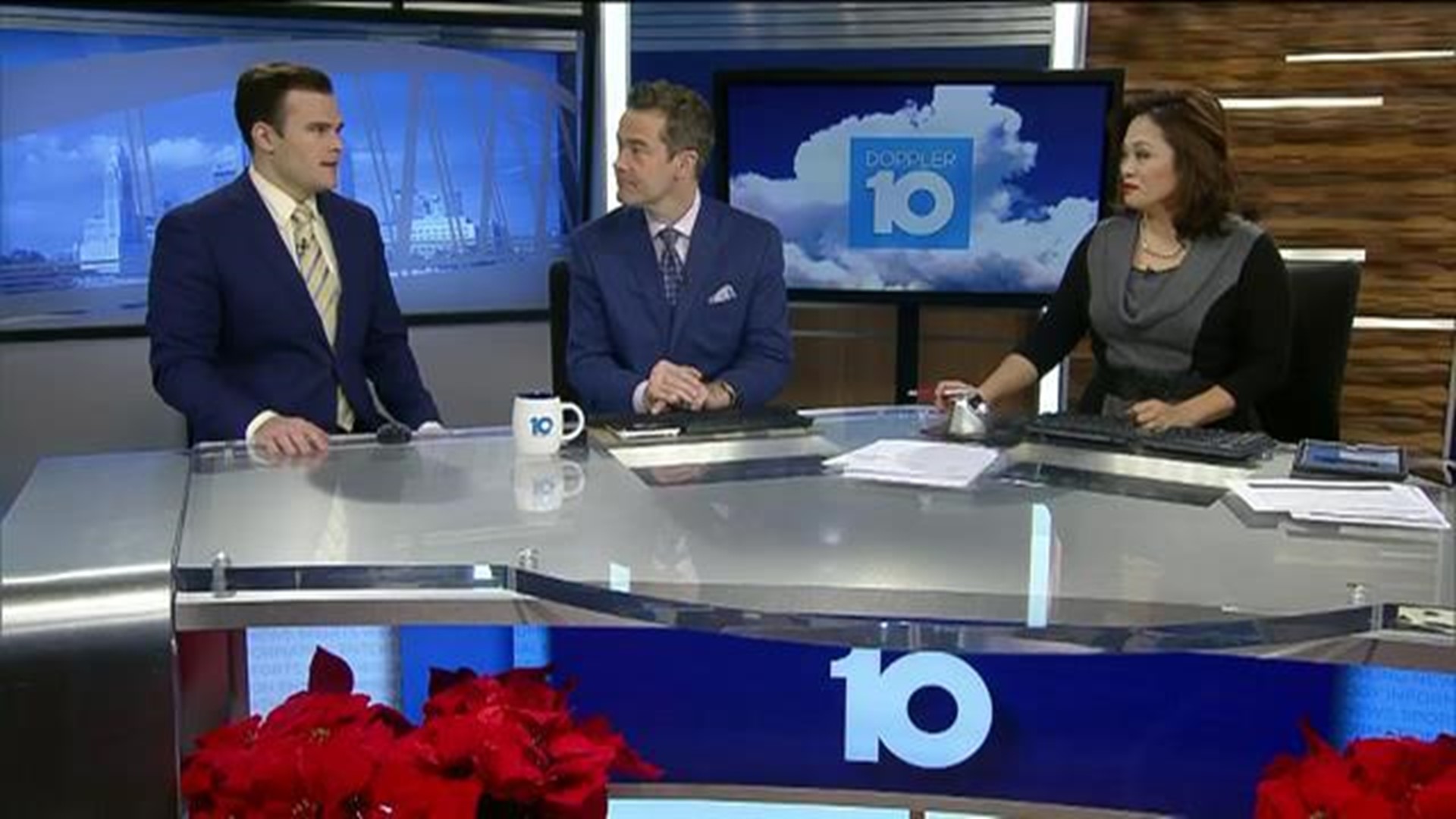 Much of central Ohio is now seeing snow fall across the area, but we’ll see this snow taper off over the next few hours. Some additional accumulation will be possible, with most areas seeing another quick dusting or coating of snow. The area is now cold enough where we will primarily see snow, with little rain or sleet in the mix.

Temperatures are below freezing across much of the area, too, so be aware of new slick spots across the region. Clouds will begin to break up and winds will pick up, which will allow for some late afternoon sunshine and harsh wind chills. Highs will top off in the low-mid 30’s and wind chills will be in the low 20’s all day long.

Partly cloudy and cold tonight with lows around 20. Winds chills in the single digits tomorrow, so get ready to bundle up!

Some snow has been mixing in with rain at times across Franklin County this morning, but we should start to see more snow mix in as we head into daybreak. Accumulations will be light, generally a dusting up to around an inch for Columbus. Areas north and west of Franklin county could pick up 1-2" with some additional amounts in pockets.

Winter weather advisories will expire at 10 a.m. as precipitation comes to an end. Getting much colder out, though, with highs in the low 30's.

Overnight we’ll keep a rain/snow mix, some ice and eventually all snow in the forecast. We won’t see a ton of snow.

Folks in the south will get mainly rain. In Columbus & surrounding areas a dusting to about 1” is possible. In the far north we’ll get a little more, up to 3”, maybe a little more in isolated spots. Some areas could get up to a tenth of an inch of ice. Watch for a slick commute on Tuesday.

Tuesday afternoon things turn mostly cloudy and cold as we hit the mid-30s.

TIMING: Little to no snow will accumulate Monday evening, except for counties far into NW Ohio where temperatures are around and below freezing. Snow will likely takeover as the main form of precipitation, especially into the overnight hours with some rain mixing in from time to time.

Snow and rain will continue to fall into the start of the day on Tuesday, with precipitation becoming scattered during the morning commute. Snow tapers off into the mid-morning completely, with frigid conditions in store for the rest of the day. Highs will be in the mid 30's with some late day sunshine, but it will feel like it's in the 20's and teens through much of the day.

TOTALS: Areas in southeast Ohio will see the lowest snow totals because they’ll be dealing with rain for much of this event. Those spots will be lucky to see a dusting or so of snow. In much of central Ohio, about a dusting to around 2” of snow is expected. As you move into the far north and northwest 1-3” of snow will be possible for most with a few isolated spots getting a little more.

As you move into the far north and northwest 1-3” of snow will be possible for most with a few isolated spots getting a little more.

Ice accumulations will also be possible, but will be light. This will be primarily along the rain/snow line, which appears to set up along the I-71 corridor.

Areas south will see more rain as mentioned, especially those closer to the Ohio river where rainfall totals could be anywhere from 1-2".