Doppler 10 Meteorologist Jeff Booth explains the science behind the prediction. 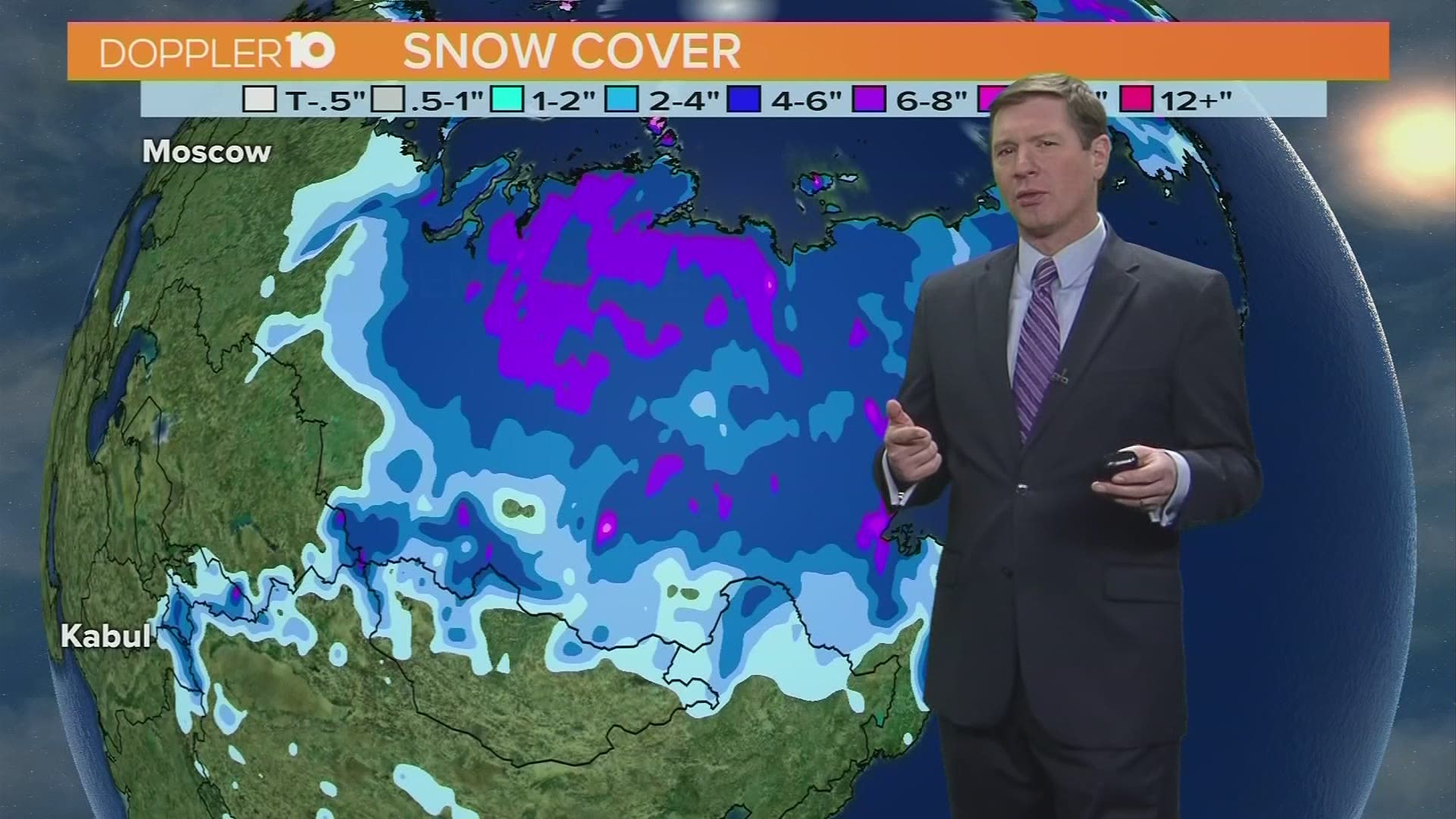 COLUMBUS, Ohio — When most people hear the word Siberia, images of snow, ice, and bitter cold may come to mind. But at over 5,000 miles away you might not think it can really impact our weather all that much - but it actually can.

RELATED: WATCH: Doppler 10: Ahead of the Winter Storm

Sitting at the top of the world it's been called the "Refrigerator of the Northern Hemisphere."

Believe it or not the amount of snow cover over that region in the late fall can impact how harsh our winter is here.

How? Well, as cold air over that region of the world allows snow cover to increase, it actually reflects more of the sun's energy back into space, making it even colder.

That cold air can eventually make its way into North America by the middle of the winter.

Not just that, but more snow cover can also weaken the polar vortex which allows extreme arctic air to move into central Ohio.

If we have moisture in place, that's going to lead to more snow and ice.

So how do things look now? Right now snow cover over the bulk of that region of the world is fairly close to average which doesn't point to any clear conclusion.

What I will say is that we're pretty close to where we were this time last year, and last winter had a dearth of snowfall.

But one year does not set a trend and we've seen weather patterns here and around the world rapidly flip.

We'll keep you updated on any changes.