Thunderstorms and heavy rain are now lifting north of Columbus. We will see the overall intensity of these showers weaken into tonight. Our tornado watch has been canceled. 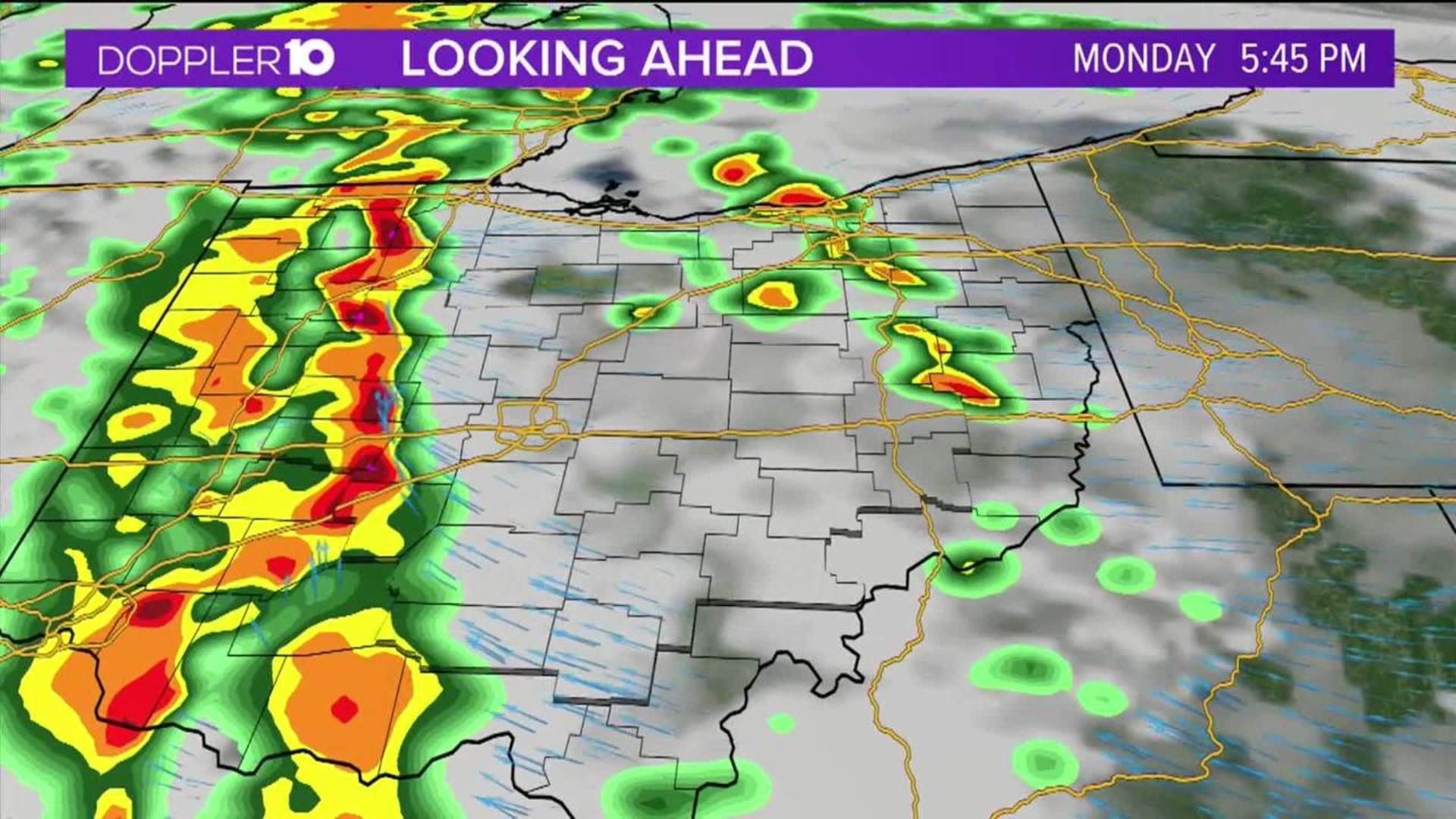 Thunderstorms and heavy rain are now lifting north of Columbus. We will see the overall intensity of these showers weaken into tonight. Our tornado watch has been canceled. There are currently no active warnings across central Ohio, but we are seeing areal flood advisories being issued across the state with all the heavy rain that has fallen and is continuing to fall across the state.

Overall, our severe weather threat for the rest of the evening looks rather limited as the sun sets & we will soon shift our focus to the heavy rain that will continue to linger into the overnight and into the day on Tuesday. Flash flood watches stick around until 8 p.m. Tuesday.

Tornado Warnings for Franklin and Madison County have expired. Tornado Watches remain in effect for most of central Ohio until 9 p.m. Monday.

We’re still closely watching the showers and storms that are moving through central Ohio this evening. Shortly before 5 p.m., law enforcement confirmed a tornado on the ground 1 mile SSW of Lilly Chapel in Madison County. Currently, there are no active tornado warnings across the state, but we’re still experiencing very heavy rain across the region.

Tornado watches remain in effect until 9 p.m. tonight. Most of the heavy rain is west of Franklin county this evening. These showers and storms are moving from south to north and will slowly drift east heading into this evening. While our severe threat will diminish early tonight, heavy rain will continue into the day on Tuesday.

After a brief lull in the rain we'll see more showers and thunderstorms develop to our west later this afternoon. These storms will then slowly drift NE into central Ohio this evening. Some of these storms may be strong to severe.

Here's a look at our severe weather threats for central Ohio.

We have a tornado watch in effect until 9 p.m. across much of central Ohio. We're currently under a slight risk for severe weather and a marginal risk for much of Ohio this evening.

Showers and storms will move through later this afternoon. Some of these storms may be strong to severe. The timeline for severe weather across central Ohio will be from 4 pm to 9 pm tonight. Flash flood watches are also in effect until 9 p.m. Tuesday.

Isolated spin-up tornadoes are possible in the area today.

Warm, muggy and cloudy this evening with scattered storms moving back into our area.

Some may be strong to severe, with gusty winds being the primary threat. A tornado or two will also be possible across areas currently under a Tornado Watch. Storms linger early tonight and it’ll be mild with lows in the 60s.

Periods of rain continue on Tuesday and it’ll be cooler out with temperatures in the 60’s. Mostly cloudy with a chance for rain for the remainder of the week. Highs will slowly warm back to around average by Friday. Warmer and mainly dry over the upcoming weekend.

Periods of rain will be possible starting Monday morning through Tuesday evening. Showers and thunderstorms with periods of heavy rain may lead to flash flood conditions across the areas under the watch.

Rainfall amounts of 2-3” will be possible with some localized amounts to around 4”.

Flood prone and low-lying areas will be at a higher risk for flooding and in some cases, flash flooding.