After a pleasant start to the month a recent change in our weather pattern has much of Ohio feeling the summer heat again. 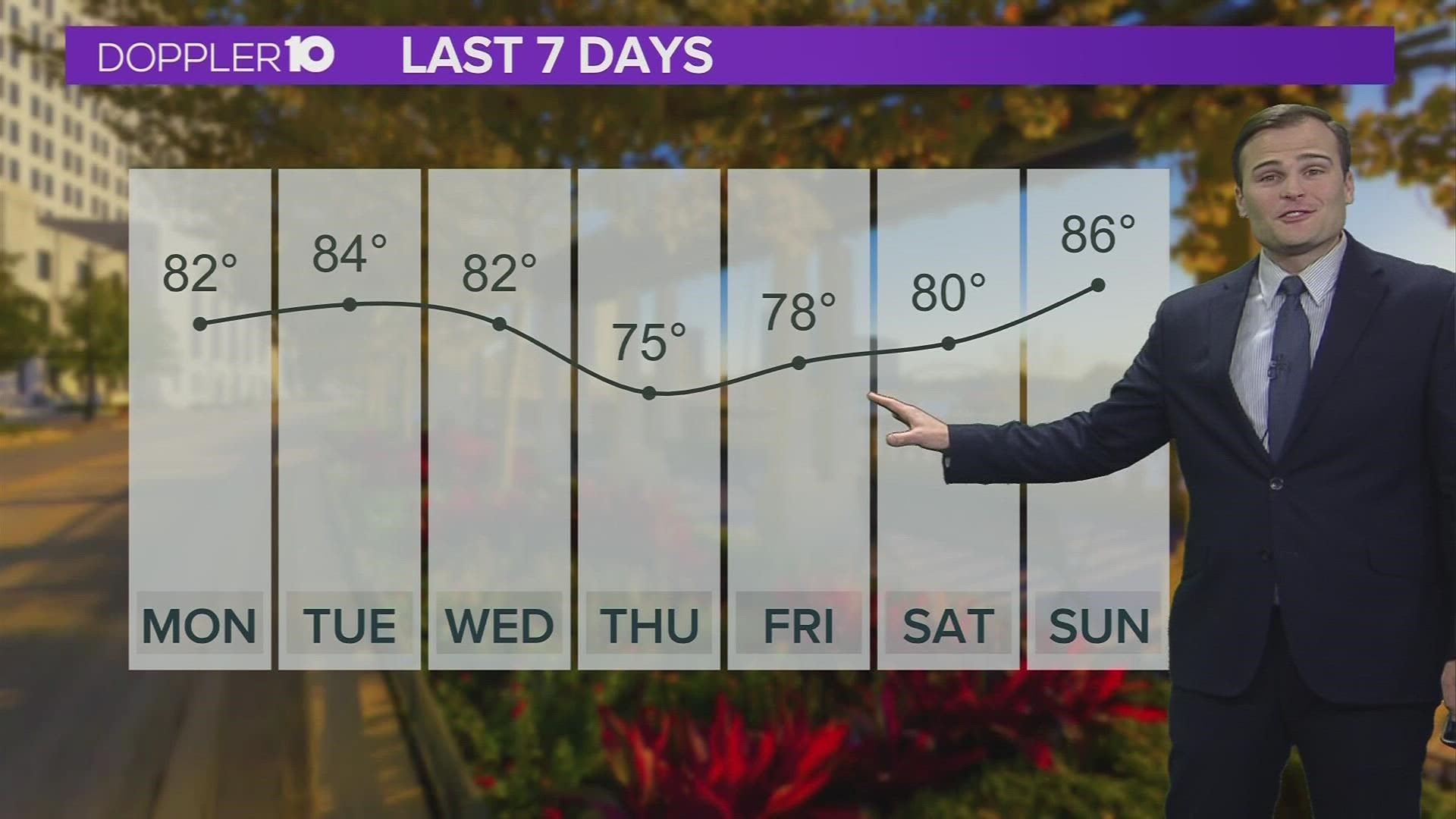 After a pleasantly cool start to the month with several mornings into the 50s I'm sure many people dusted off their jackets and flannels with the expectations that Fall is finally here.

After the warm up this past weekend, you might want to put them back in the closet for now. A recent change in our weather pattern has brought our afternoon temperatures from the 70s to the 80s and near 90 degrees for the first couple days of the week.

After a mid-week cold front passes by temperatures will drop; but it will still remain above average for several days if not weeks.

This brings up something I hear quite often this time of the year where people say, "We went from Summer to Winter and didn't have a Fall!". It's something that I also think of this when we get robbed of what could be weeks of low 70s in the afternoons with low humidity and cool overnight temperatures, which statistically starts to happen in the latter half of September.

Why do people feel like this? Maybe it's because after a long summer of heat and humidity we just want a couple solid weeks of cooler weather before talking about winter. Or maybe because it's actually something that has been happening over the years.

The data does support this.

Climate Central has been keeping track of our weather and the rest of the United States over the years to inform and educate people on the truth of our climate--It's warming.

It's not a surprise when you look at the data, either. There has been an increase of 2.8 degrees for the average temperature for Columbus in the fall months(September, October and November).

While we won't be contesting 90 degrees like the earlier part of the week, the trend is that we will likely stay above average going into the latter half of the month.  While no prolonged cool down is expected in the next couple weeks, hopefully we start to see a trend in a cooler direction as we head into October.

The official start to Fall is September 22nd.