Say hello to the summer season! 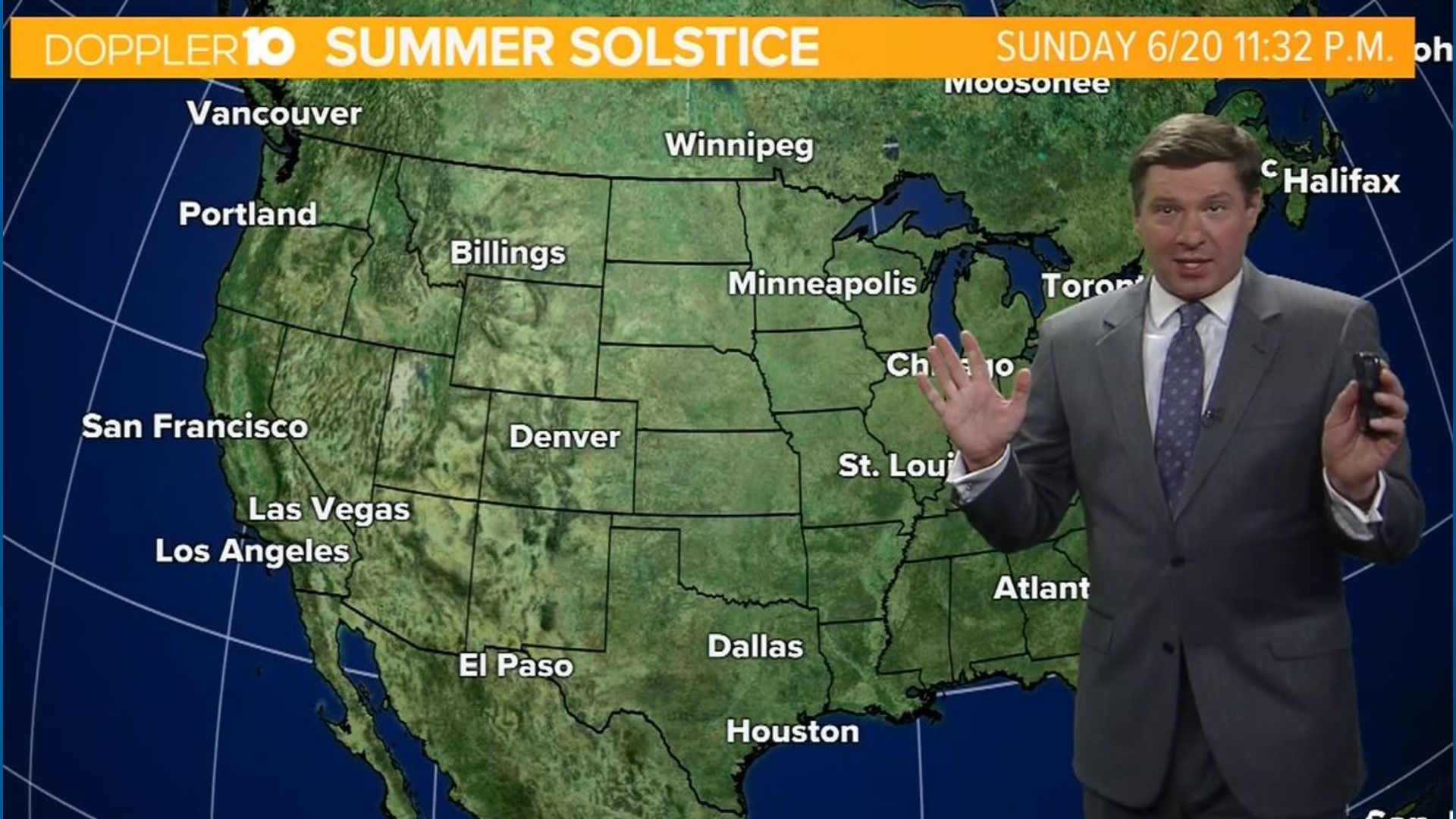 Sunday starts a new week and a new season.

At 11:32 a.m. the sun will be directly overhead at the Tropic of Cancer. That will mark the official end of spring and the beginning of summer.

It also marks the longest day ot the year.

Mars and Venus have a date with the twins this week. You can find the pair of planets near Castor and Pollux, two of the stars that make up the constellation of Gemini.

Mars will shine with a reddish hue and Venus will be shining brightly just below and right of it. Look in the west to west-northwest sky after sunset to find them.

On Wednesday at 5:55 a.m., the moon will reach something known as perigee. Because the moon’s orbit around the Earth is an ellipse there are times when it’s closer to and times when it farther away from Earth.

When it’s at the closest point in its orbit, it’s at perigee. This is when the moon will be 223,666 miles away from us.

Normally this wouldn’t be a big deal but because the full moon arrives the next day we’ll call this month’s full moon a Supermoon!

Traditionally, June’s full moon is known as the “Full Strawberry Moon” because it falls in the heart of strawberry season. It’s also called the “Full Hot Moon”.

It’ll officially arrive at 2:40 p.m. in the afternoon on Thursday, look for it Thursday night.