Skywatch: Watch for meteors this week 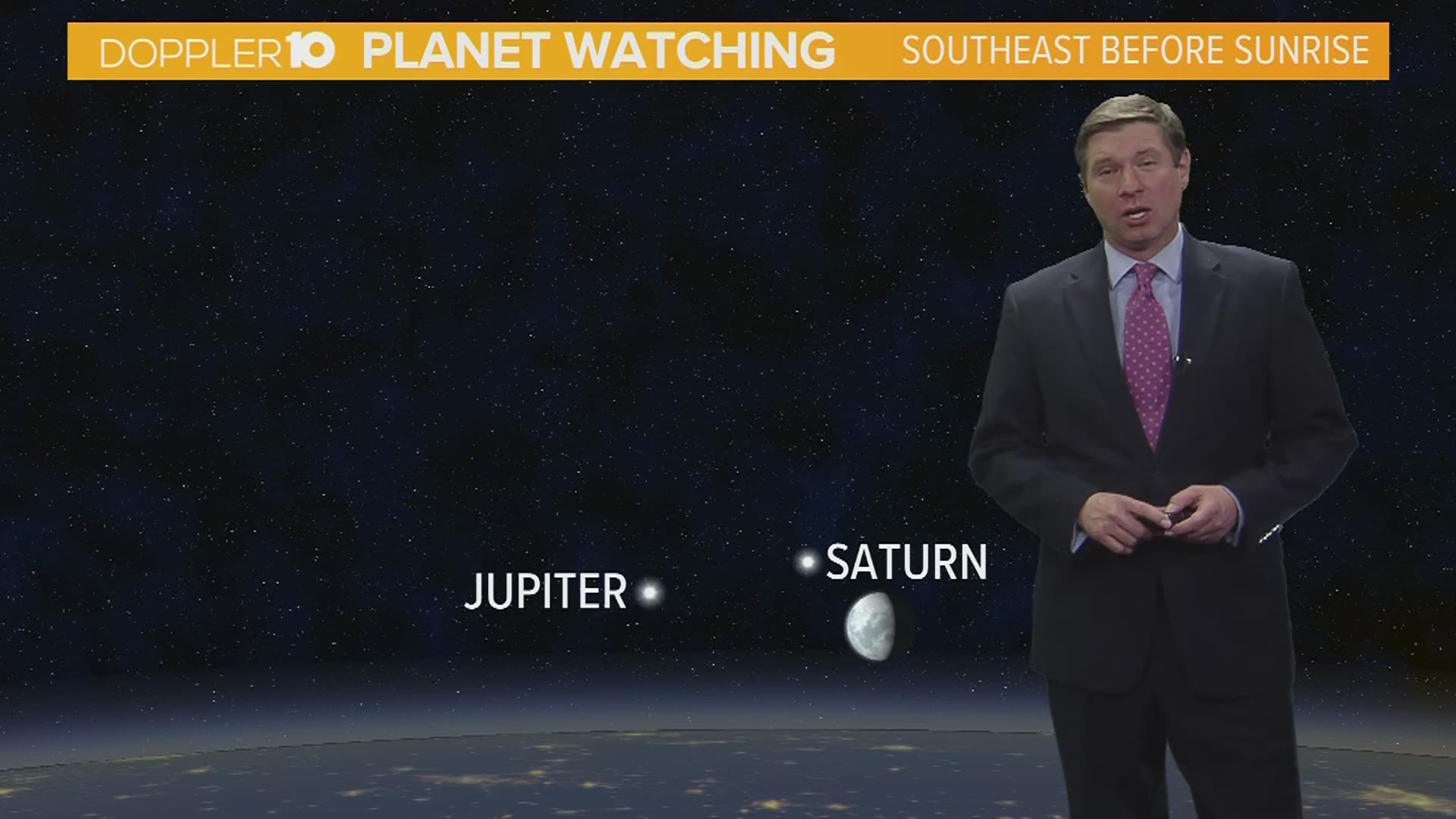 The Moon has a date with the two largest planets in the solar system this week.

On Monday morning Saturn & our satellite will be very close in the southeastern sky before sunrise. Saturn will look like a star just above and left of the moon.

Speaking of the moon it’ll be at last quarter phase on Monday afternoon at 3:50 p.m. Look for a half-moon on Monday night.

By Tuesday morning the moon and Jupiter will be very close to each other with Jupiter appearing as a bright star just above and left of the celestial body.

If you miss it either morning don’t worry the three will be in the southeastern sky before sunrise all week long.

If you’ve noticed more meteors recently there might be a reason: the Eta Aquariid meteor shower is ramping up. The shower is active from late April until late May but it’s expected to peak on Wednesday morning.

Caused by debris from Halley’s comet the shower commonly produces 20-40 meteors per hour but up to 50 isn’t out of the question.

Keep in mind it’ll still be pretty active on Tuesday and Thursday mornings as well. As always find a dark spot, far away from the city lights for the best show. The shower’s radiant is in the southeast before dawn.