Skywatch: The Lion & the moon

Look for the moon in Leo this week. 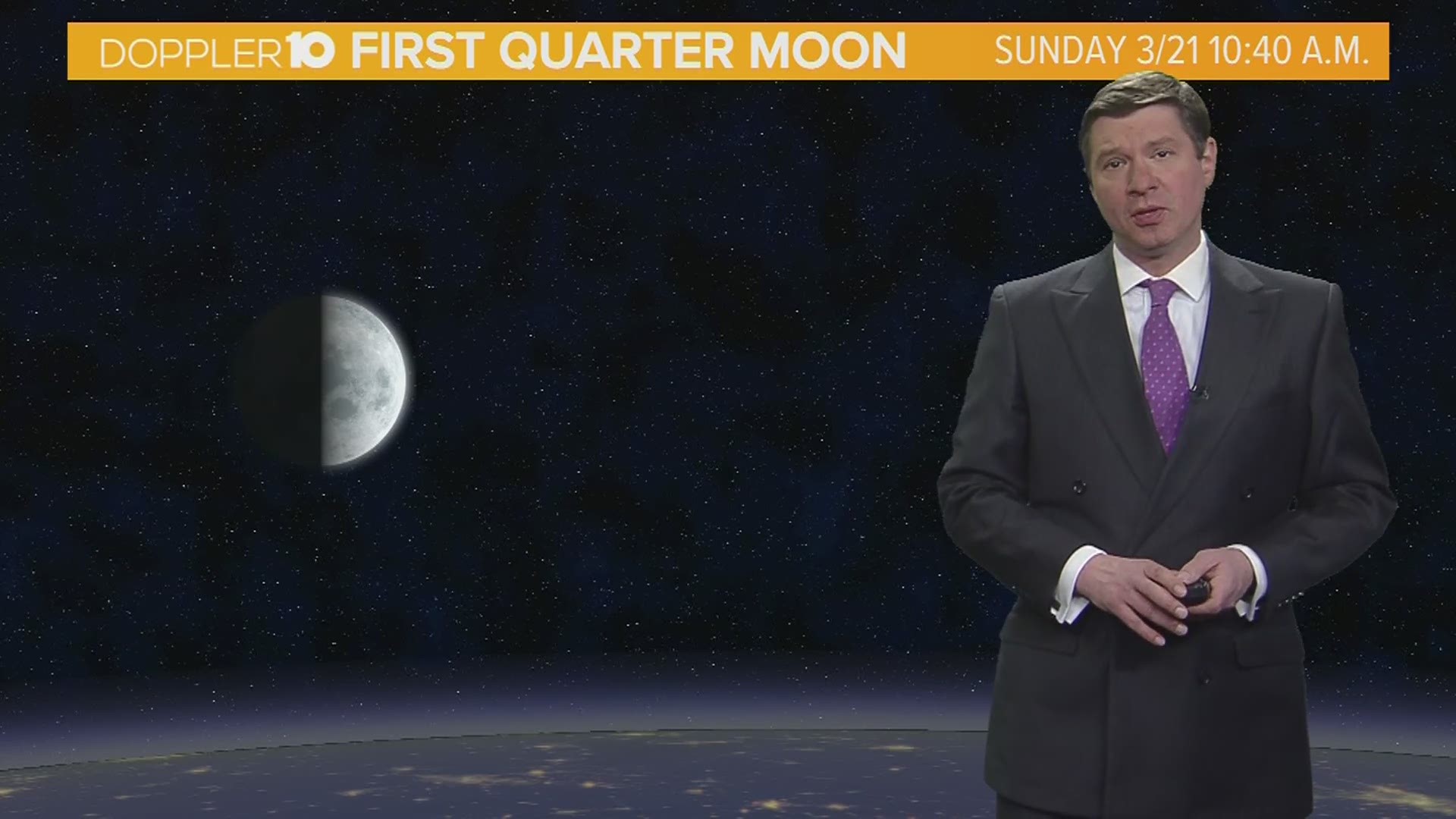 We’ll start out the week with the First Quarter Moon. It officially arrives Sunday at 10:40 a.m. If skies are clear look for it in the evening sky.

Mars has a date with the “eye of the bull” on Monday night. That’s when it’ll be very close to Aldebaran which is the brightest star in the constellation of Taurus.

Aldebaran is a big star! It’s about 44 times the size of our sun but it’s also about 3,500 degrees Fahrenheit cooler than it.

The Moon will meet up with the lion later this week as well. On Thursday evening it’ll be in the constellation of Leo. Look for the two in the east at nightfall.

Venus reaches something known as superior conjunction at about 3:00 a.m. Saturday morning. This is when it lines up with the Earth along with the Sun.

But it’s a “superior” conjunction meaning the planet is on the backside of the our Sun so we won’t be able to see it. It is transitioning to the evening sky over the next few weeks so you’ll be able to see the planet very soon.