We welcome a new season this week. 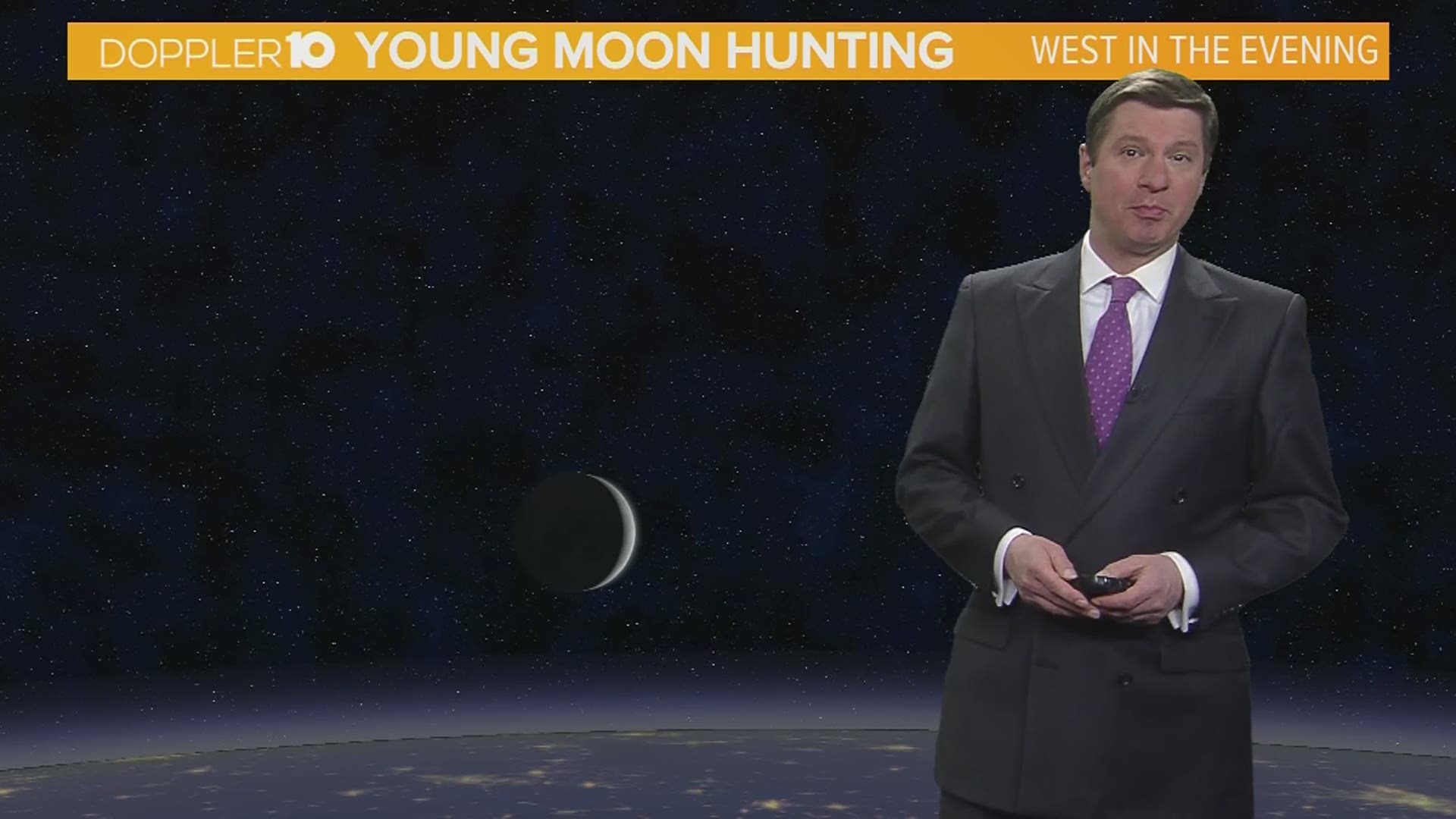 When you’re out early this week you can go “Young Moon” hunting. The New Moon arrived last week and that means you’ll be able to find that crescent moon during the first half of the week. Look in the west after sunset.

The Moon & the Red Planet have a date later in the week. On Thursday, Friday & Saturday the Mars & our Moon will be close to each other. They’ll be closest on Friday night.

If it seems like the sun is rising & setting faster than normal this week that’s because it is. During the equinoxes, the sun rises and sets due east & due west respectively.

That means it’s approaching the horizon at the steepest possible angle. This causes the sun to set & rise faster.

In fact, sunrises & sunsets are about 30 faster now than they are at the solstices when the sun sets at a more oblique angle.

Speaking of the equinox, the Sun will be directly overhead at the equator at 5:37 a.m. Saturday. This will mark the vernal or spring equinox meaning winter is officially over.

You may have noticed that the days are getting longer & they’ll continue that trend until the solstice in June. Happy hunting!