Skywatch: Mars and Venus meet up with the moon

The trio will be very close to each other as we start the week. 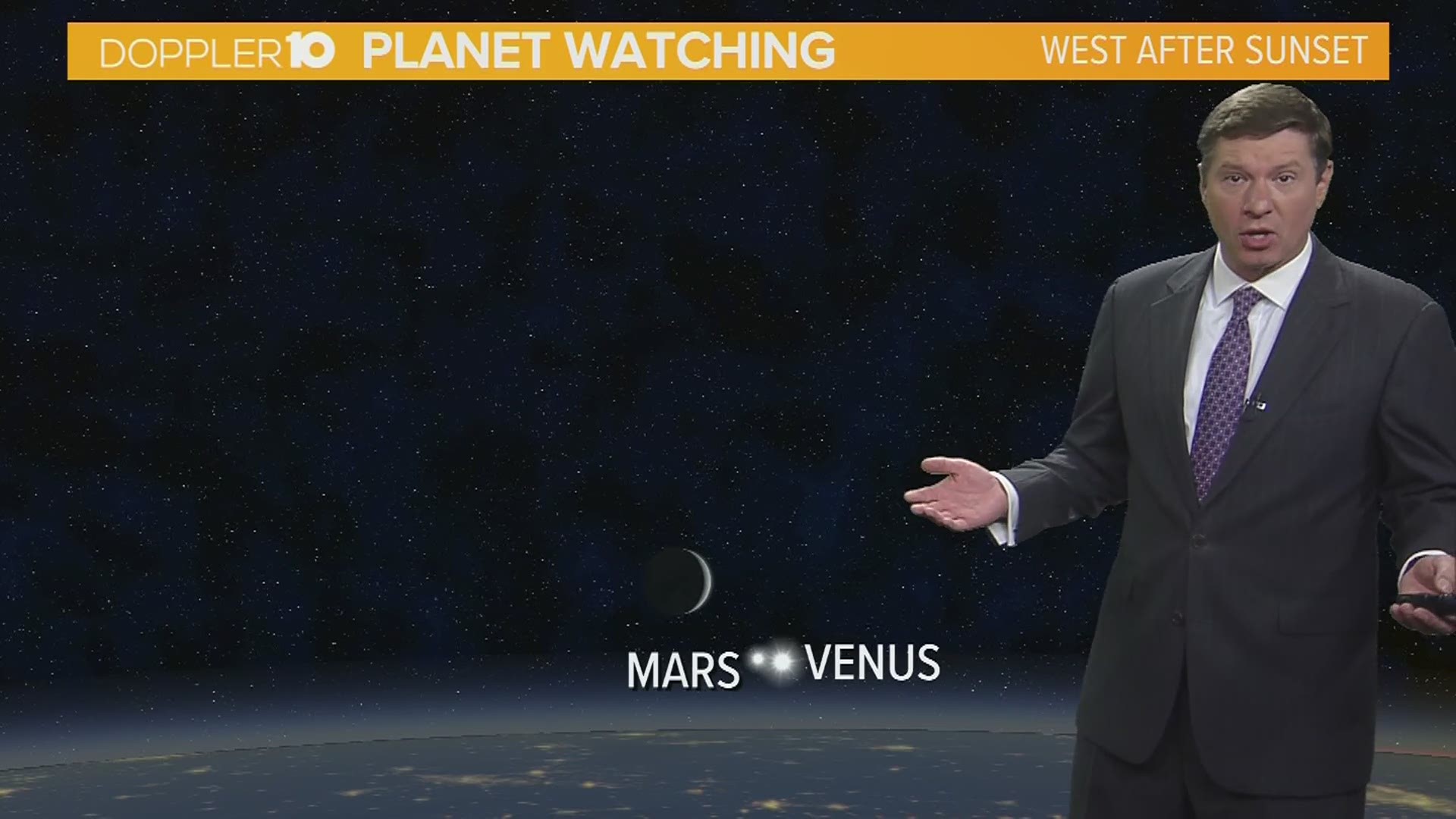 The young moon has a date with our planetary neighbors on Monday evening.

Mars and Venus will be very close to each other with the moon just above and left of the pair. You’ll need a clear view of the horizon to see the trio.

Speaking of the Red Planet, it’ll reach a milestone on Monday evening as well. At about 8 p.m. Mars will reach something known as aphelion.

When a planet is at its farthest point in its orbit it’s at aphelion. Mars will be about 154.9 million miles away from our parent star.

The moon will meet up with Virgo on Friday night. It will be in the constellation very close to the star Spica.

Spica is the brightest object n Virgo. It’s a binary star system meaning it’s made up of two stars. The two are so close that they appear to be one star but when you see Spica you’ll know the truth.

The moon will reach first quarter at 6:11 a.m. on Saturday. Look for the half moon if you’re out and about on Saturday evening.