Skywatch: Look for the Supermoon this week 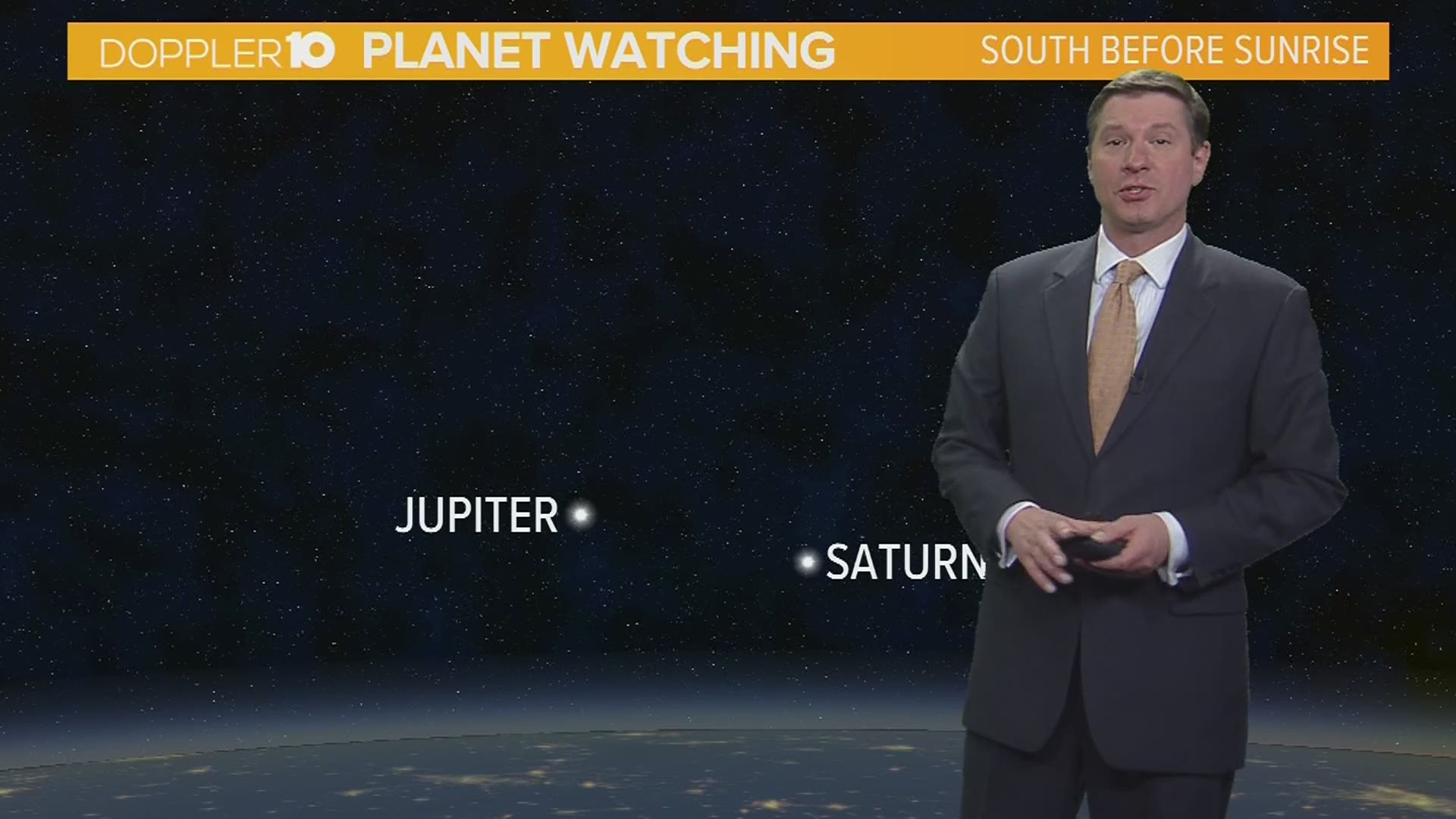 If you’re out & about early look in the southeastern sky before dawn. That’s where you’ll find the two largest planets in the solar system.

Jupiter and Saturn will be easy to spot when we have clear skies. Jupiter will be the brighter of the two & hang just below & left of Saturn.

The Moon will reach something known as perigee just before it becomes full. On Tuesday at 9:50 p.m., the moon will be at its closest point in its orbit around the Earth or the month when it’s officially 222,023 miles from us.

Because the full moon and the perigee occur so close to each other we can call this month’s full moon a supermoon. It’ll be the closest supermoon of the year.

West Coasters will be treated to a total lunar eclipse on Wednesday morning. We’ll see a partial eclipse but not much of the moon will be covered. Look for it before moonset which is at 6:12 a.m.

Planet watchers will get a special treat Friday evening. Venus and Mercury will be in conjunction which means they’ll be very close to each other. Venus will be the brighter of the two with Mercury just below and left of it. This will be the two planets' closest conjunction until late 2033.

You’ll need a clear view of the horizon to see it. Look in the west in the evening about a half-hour after sunset.