Skywatch: Look for the scorpion this week

You can also use the moon to help you find Jupiter and Saturn. 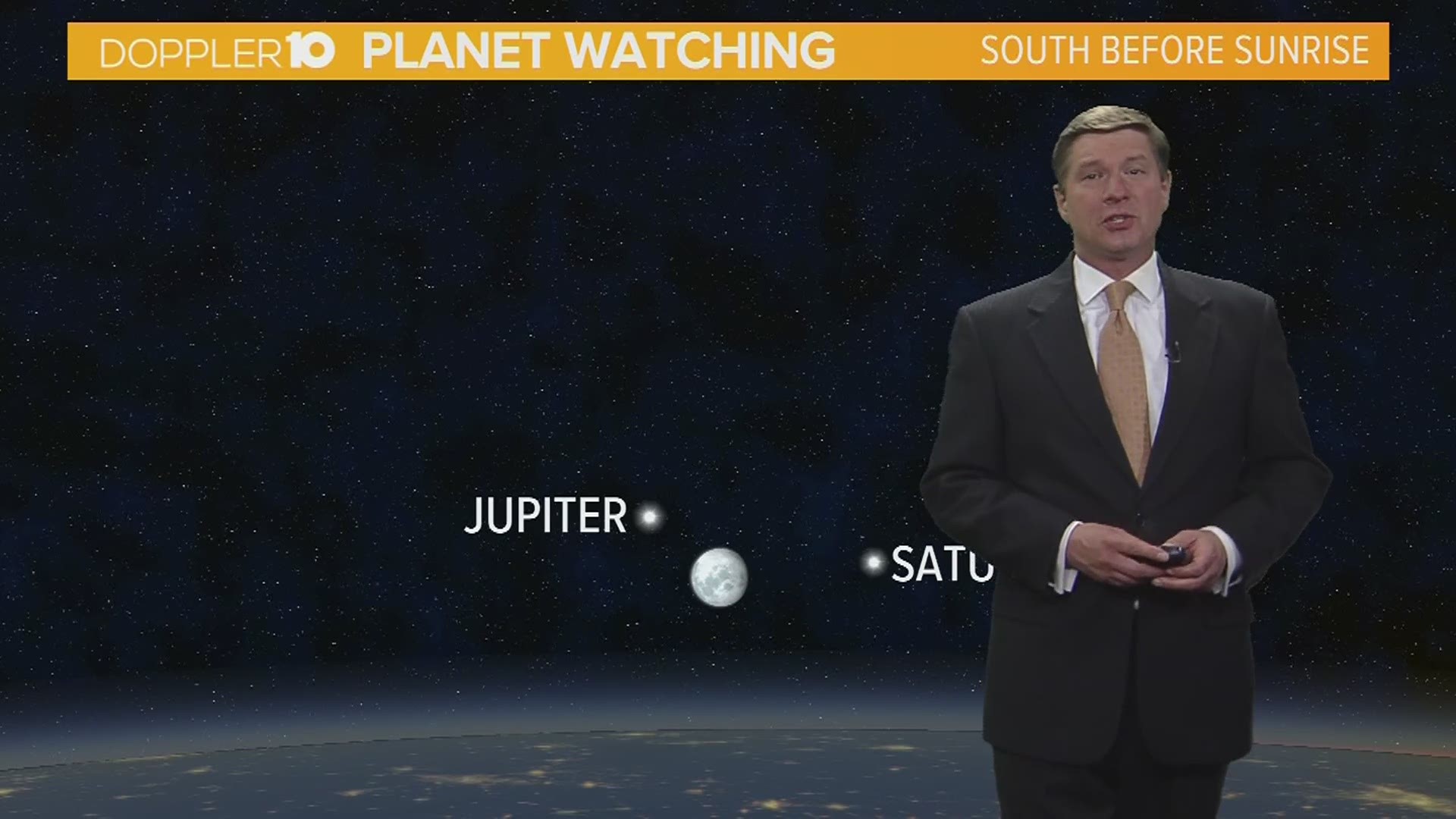 If you're out early, look in the southern sky and you can catch a glimpse of the two largest planets in the solar system.

Jupiter and Saturn will be hanging low in the sky with the moon between them on Monday morning. Jupiter will shine noticeably brighter than Saturn.

Speaking of the moon, it will reach First Quarter on Thursday evening at 5:11. Moonrise isn't until the middle of the night, so early birds will have the best chance of catching the half moon.

A popular constellation will become more and more prominent in the sky this month. Scorpius is the scorpion that chases Orion, the great hunter, across the sky throughout the year. In mythology, Orion boasted that he would kill all the animals on Earth so Gaia sent the lowly scorpion to attack him. This is why Scorpius is a summertime constellation and Orion is found in the winter.

Look for the "Heart of the Scorpion" or the star Antares. It's the brightest star in the constellation and has a reddish hue. That's because it's a red supergiant… and it's gigantic. If it were in the same position of our sun, it would stretch out past the orbit of Mars.