Skywatch: Look for the first Full Moon of the season this week 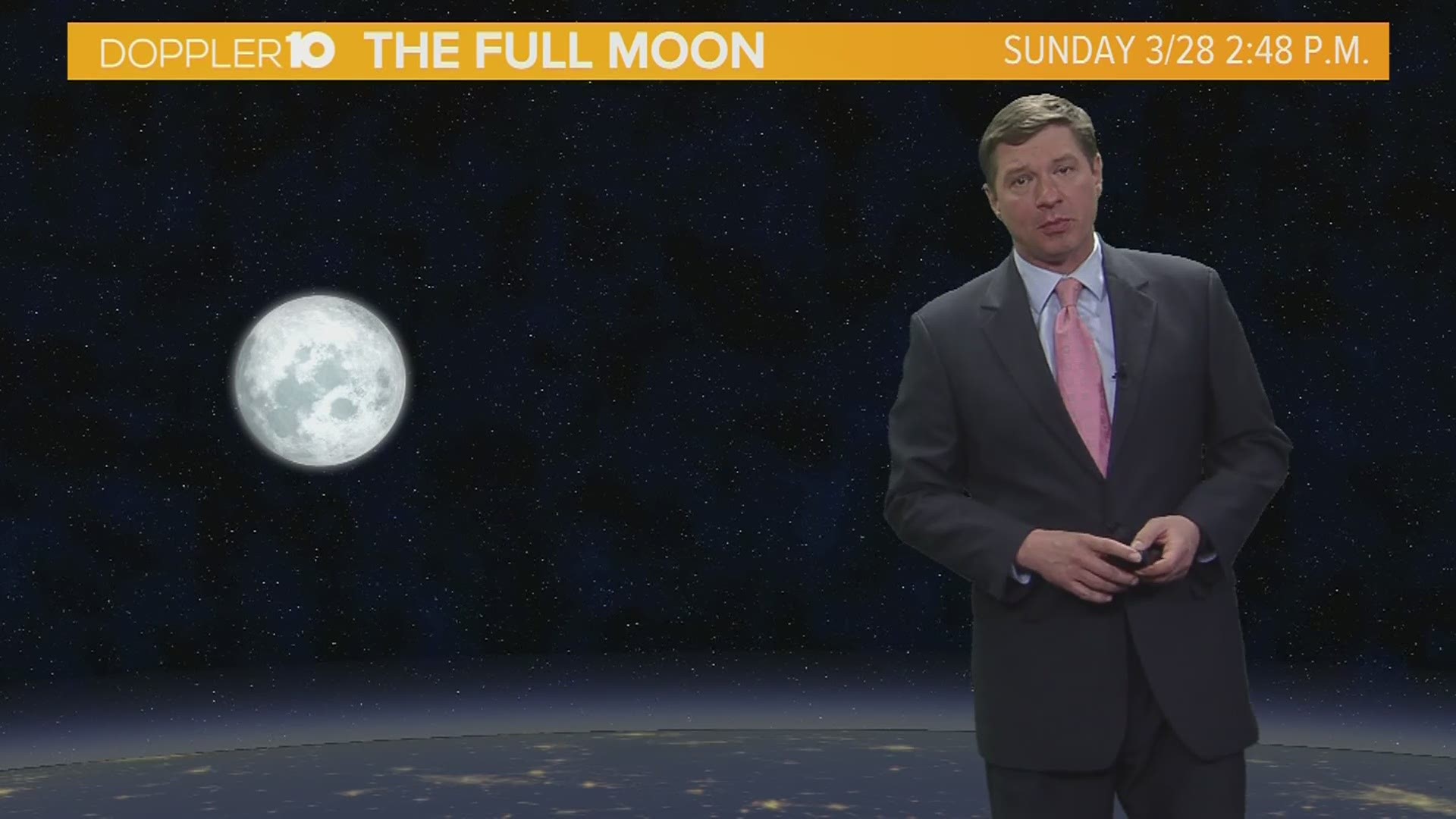 Sunday will welcome the first full moon of the season. At 2:48 p.m. our satellite will be at full phase.

This month’s full moon comes with a little controversy. Early Tuesday morning the moon will reach its closest point to Earth in its orbit when it’s 223,886 miles from Earth.

This is called perigee & because it occurs so close to the full moon some are saying this is a supermoon. However, according to one definition, this is about 200 miles too far to be called a supermoon.

Either way, it will be the fourth-largest & fourth brightest full moon of the year.

Speaking of the moon it’ll pass nearby a famous star on Friday morning. That’s when it’ll be very close to Antares, the brightest star in the constellation of Scorpius.

Antares has a reddish hue & it’s a huge star. It’s classified as a red supergiant and it’s so big that if you were to place it where our sun is in the solar system it would stretch out past Mars. This star is dying and eventually will explode into a supernova.