The Lyrid meteor shower will be peaking soon. 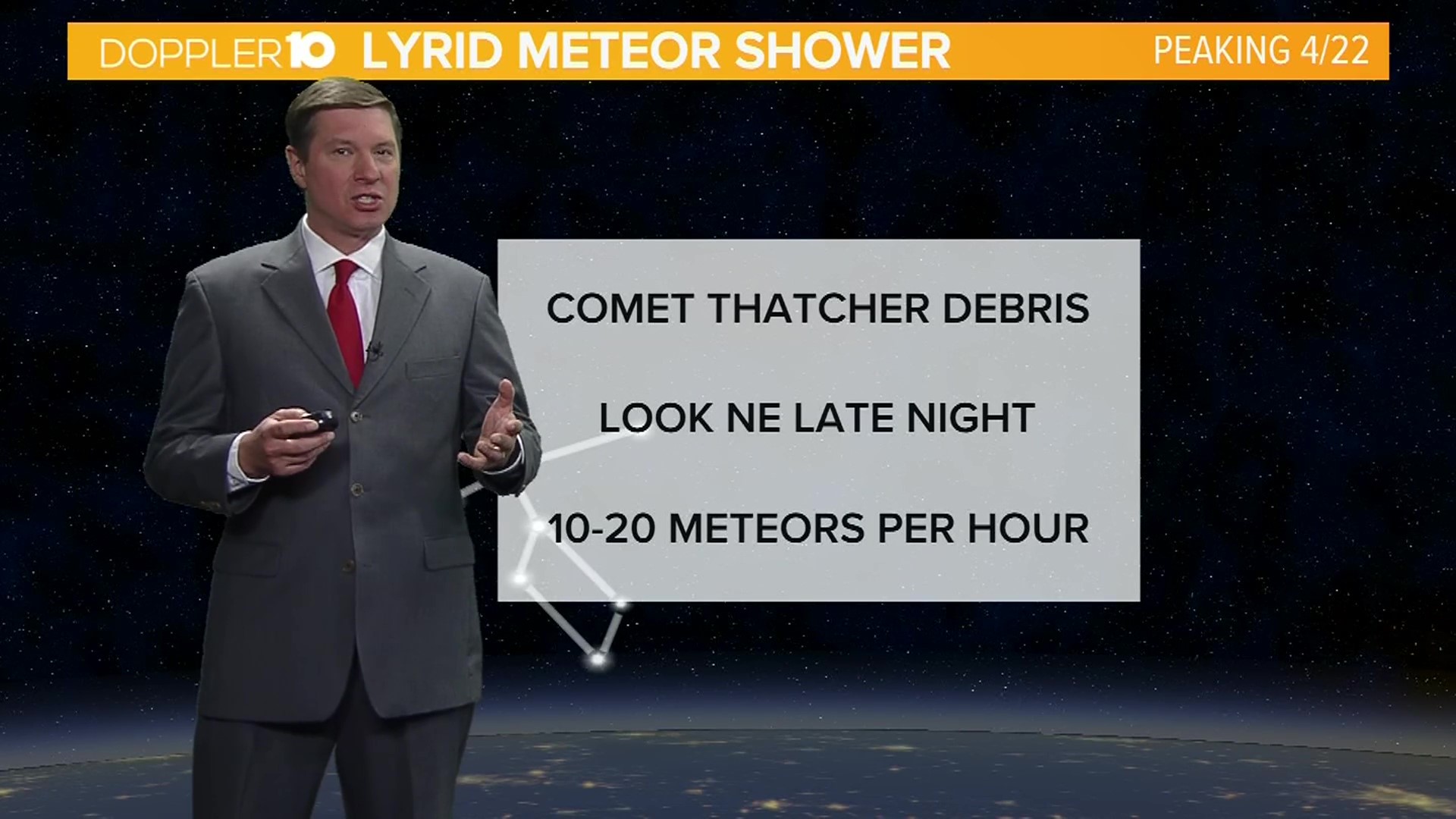 The Moon will meet up with the twins early in the week. It’ll be in the constellation of Gemini on both Sunday & Monday. Look in the southwest in the evening to find the pair.

This is when the Earth, the Sun & Mercury line up. Because Mercury is on the far side of the sun you won’t be able to see it but it’s transitioning to our evening sky in the coming weeks.

Late nighters & early risers will get a special treat later this week as well. The Lyrid meteor shower is expected to peak early Thursday morning.

Caused by Comet Thatcher, the meteor shower can bring about 10-20 meteors per hour. The best viewing will be in the early morning hours.

The shower’s radiant is in the northeast late in the night. As always, find a dark spot far away from the city for the best show. Happy hunting!