Skywatch: Look for Mars and the 'Seven Sisters'

The Red Planet meets up with a famous asterism this week. 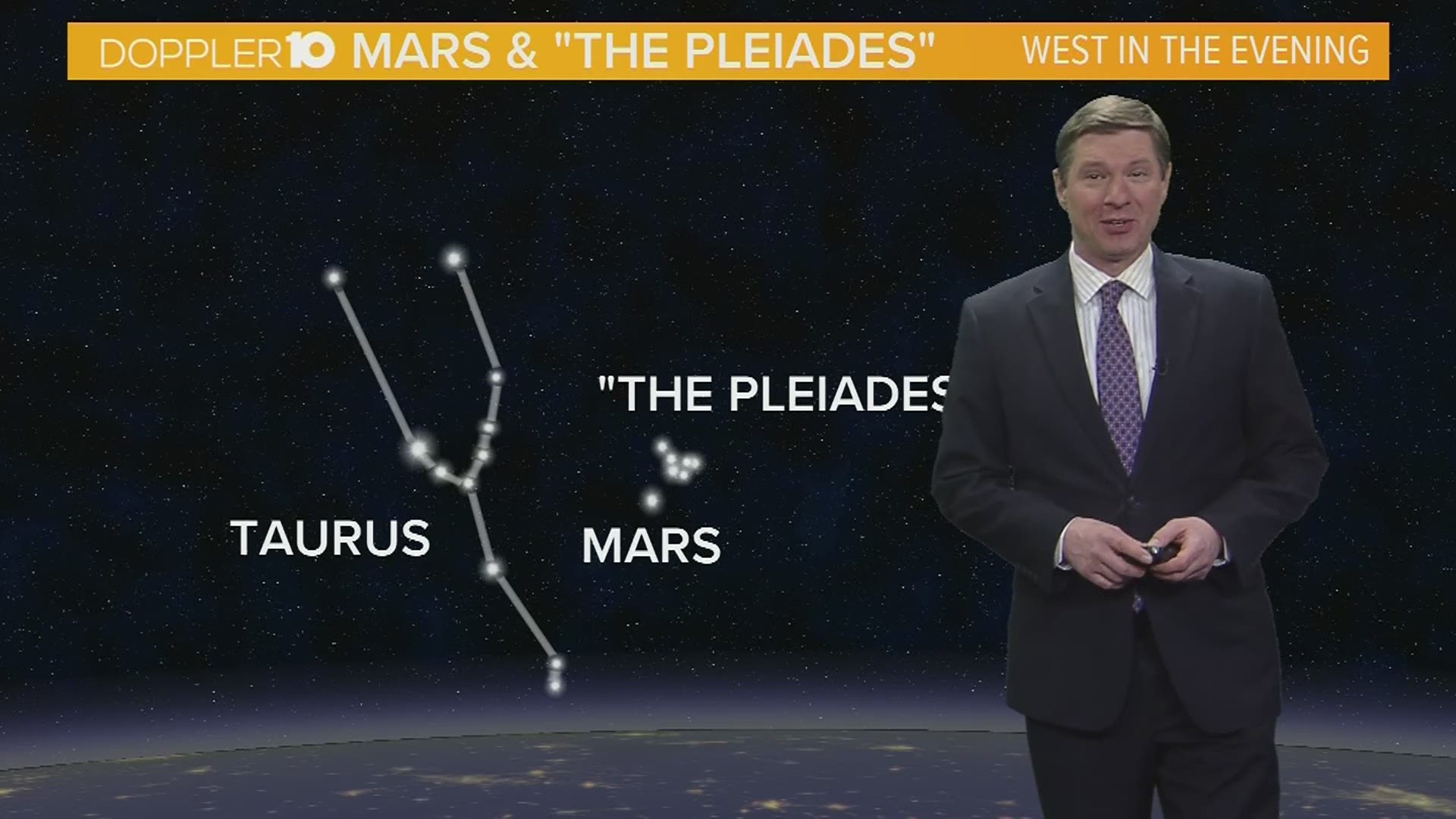 Mars will meet up with a famous asterism this week. On Wednesday night, the Red Planet will pass close by the “Seven Sisters” or “The Pleiades."

This asterism is famous in many cultures and has been watched for centuries. They’re mentioned in Homer’s Iliad & Odyssey alone with Chinese literature dating back to 2350 B.C.

The First Quarter Moon arrives this week as well. On Friday evening the Moon will reach this phase at 8:30 which means you can look for the half-moon if you’re out on the town.

The planet Mercury reaches something known as its Greatest Western Elongation at about 6:00 a.m. on Saturday morning. This is when it’ll appear at its farthest from the Sun when viewed here on Earth.

It’s also a great time to see the planet because it’ll be bright & at its highest point in the morning sky. Look in the east-southeastern sky just before sunrise to find it. Right next to it will be Jupiter & Saturn won’t be far off.