You can also find some planets in the night sky. 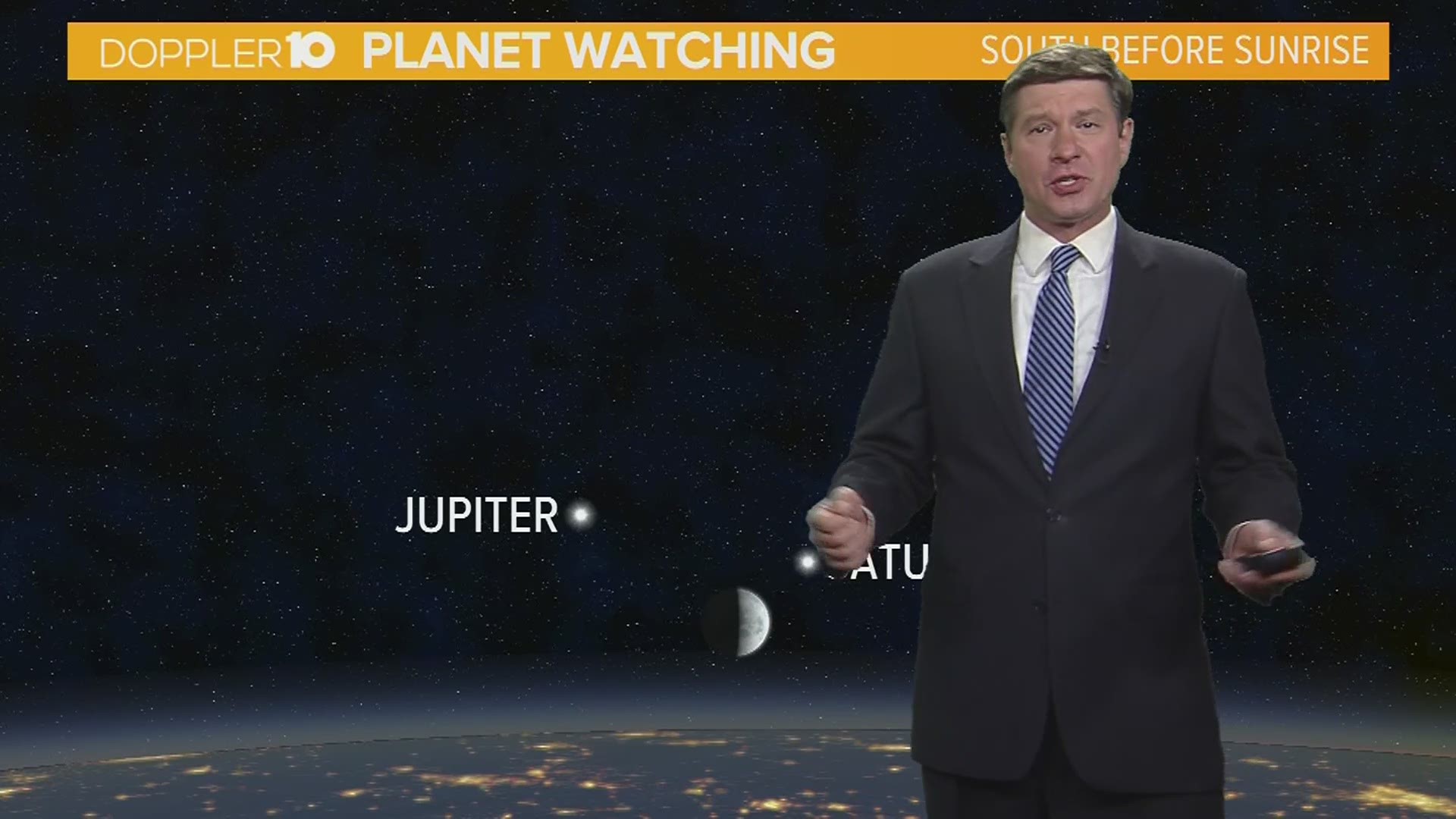 The moon will meet up with Jupiter and Saturn this week. If you’re out early you can see it on Monday morning.

Jupiter will be a bit brighter than Saturn but the moon will be closer to the ringed planet. Look in the south-southeastern sky before dawn.

The moon will be a little closer but still between the two planets on Tuesday morning as well.

The First Quarter Moon arrives on Thursday afternoon at 3:50 p.m. Early risers will be able to see the half-moon on Thursday morning. Moonrise is just after 4 a.m.

It contains a star known as Thuban which was the pole star, or the North Star, roughly 5000 years ago. In fact, one of the Great Pyramids in Egypt points directly at the star.