The maiden is easy to spot. 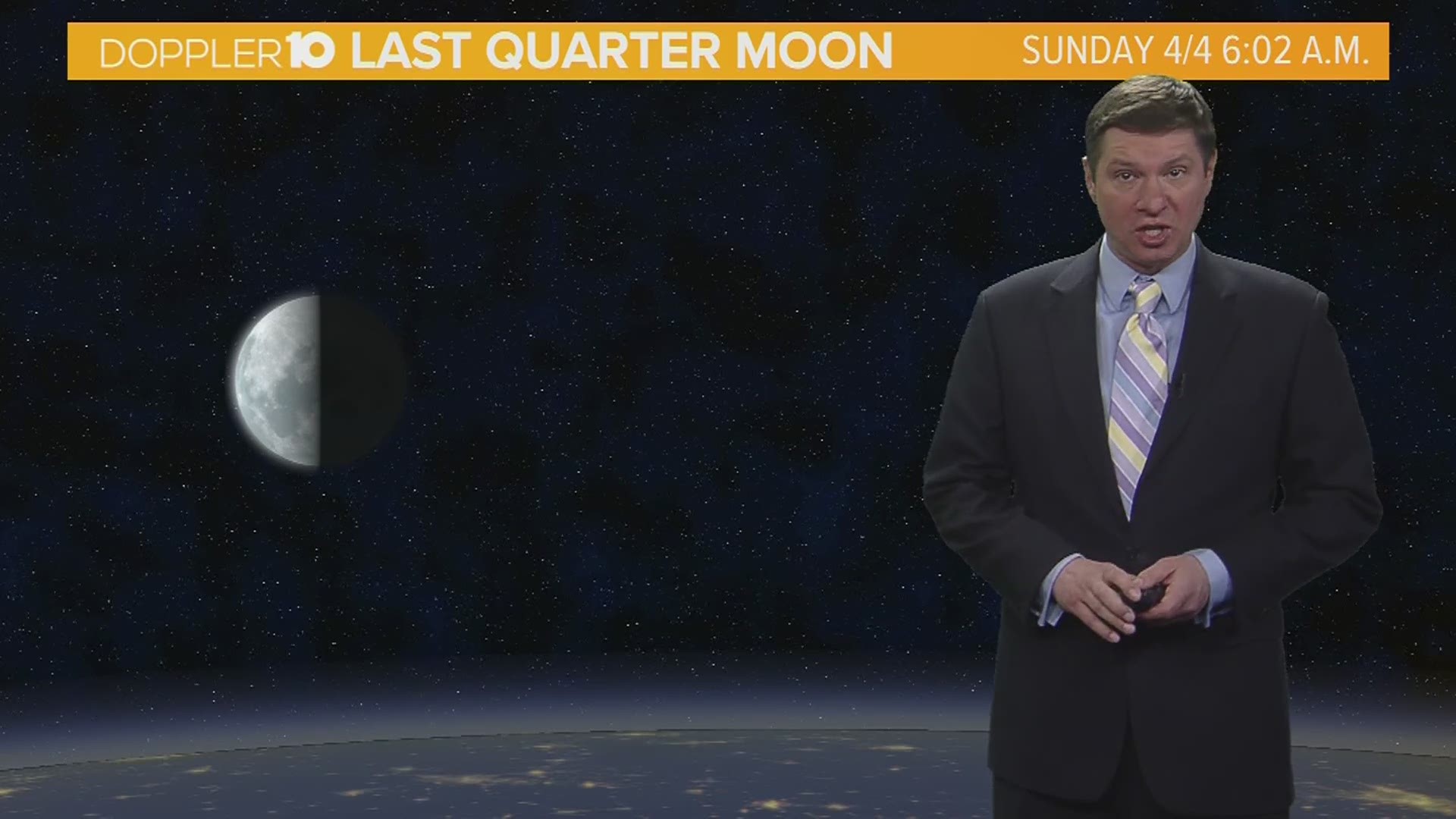 We’ll start out the week with a last quarter moon. It arrives Sunday morning at 6:02 a.m.

If you’re up early look for it. If not look for the near-half moon Sunday night.

Speaking of the moon, you can use it to help you locate a couple of planets. The moon will be close to Jupiter and Saturn on Monday, Tuesday, Wednesday & Thursday mornings.

It’ll make its closest pass on Tuesday & Wednesday mornings. Look in the southeast before sunrise to catch the three. Jupiter will be a little lower and brighter than its counterpart.

Spring is here which means we’re saying goodbye to the winter constellations. One famous springtime constellation is Virgo, or the maiden.

Dike was the goddess of justice in Greek mythology. She lived in the Golden Age of mankind. A time when we were prosperous, peaceful & didn’t age.

It was also a time of eternal spring. During the Bronze & Iron Ages, humans began warring amongst themselves & the goddess fled Earth & landed in the heavens as the maiden.