Skywatch: Look back in time this week

When you see the Andromeda Galaxy you're looking 2.5 million years into the past. 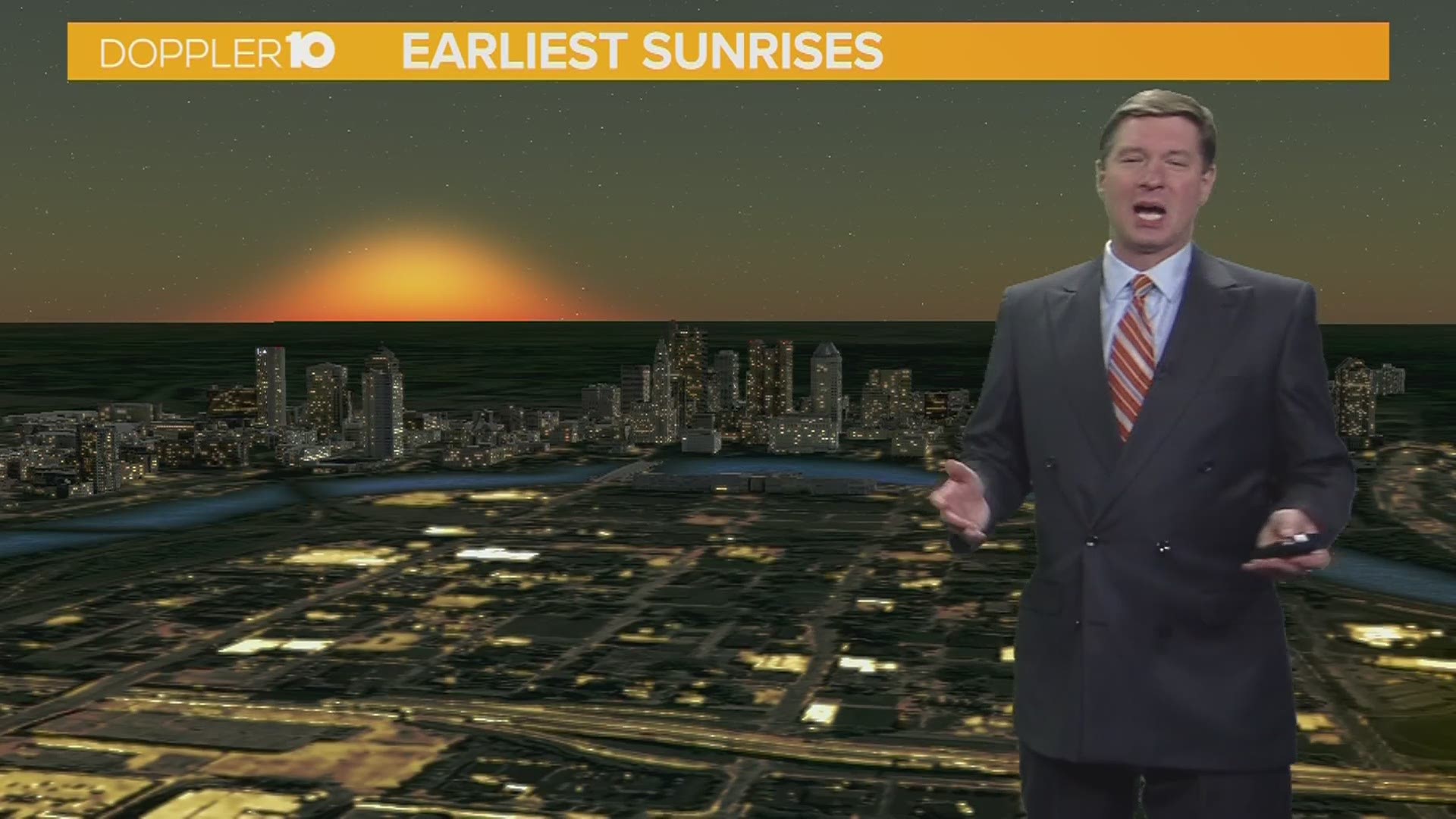 If it seems like the sun is rising earlier it is. But one thing you may not know is that the earliest sunrises occur about a week before the summer solstice.

The reason is that this time of year a day (measured from one solar noon to the next) is a little longer than 24 hours. This discrepancy leads to the slightly earlier sunrise.

According to sunrise-set.org the sunrise in Columbus on Sunday morning will be at 37 seconds after 6:02.

If you’re out on Sunday night use the moon to help you find the Red Planet. A waxing crescent will be just above Mars in the west at dusk.

If you have a clear view of the horizon look for Venus, it’ll shine brightly below and left of Mars.

If you’re out and about early Tuesday morning, use a famous constellation to help you find one of our galactic neighbors. The Andromeda Galaxy is also known as Messier 31 (M31) after Charles Messier who cataloged 110 objects in the night sky.

M31 is about 2.5 million light years away which means if you see it you’re actually looking back in time because the light you’re seeing has taken that long to reach your eye.

The first quarter moon will arrive Thursday night at 11:54 p.m. Moonrise isn’t until after midnight you’ll have to stay up late, or get up early, to catch the half-moon.