Because the summer of 2021 has four full moons this month's is called a blue moon. 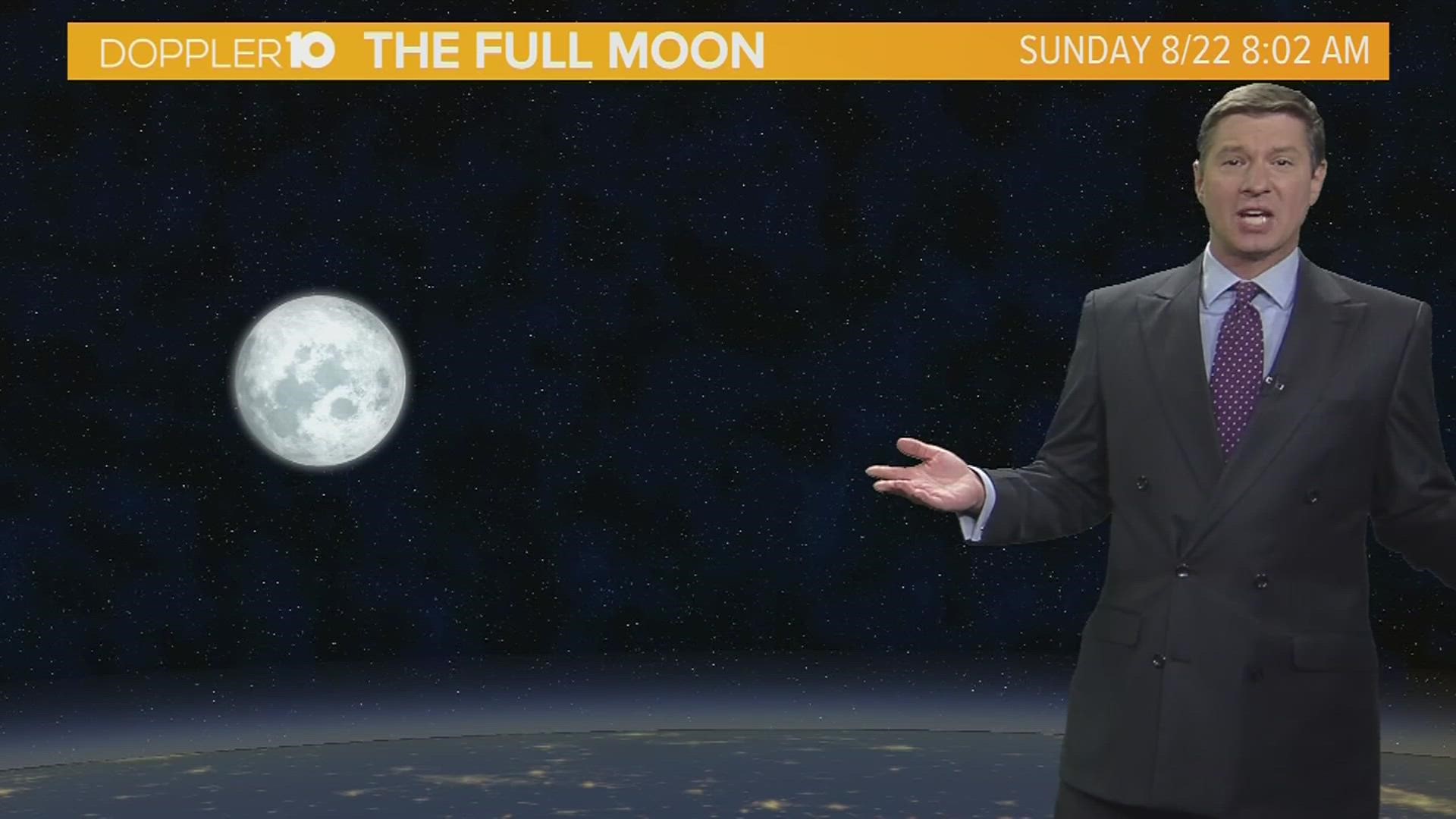 Also, because this is the third full moon in a season with four we call it a bue moon. No, the moon won’t look blue but most seasons only have three full moons when you have four the third is known as a seasonal blue moon.

You can also have a calendrical blue moon which would be the second full moon in a month with two of them.

On average blue moons only occur about once every three years, so they don’t happen very often. Hence the term, “once in a blue moon”.

Speaking of the moon, use it to help you find the two largest planets in the solar system. On Sunday evening it’ll be in the southeastern sky low on the horizon. Just above and right of it will be Jupiter shining brightly & Saturn will be a little dimmer above and right of Jupiter.

If you have a telescope use Virgo to help you find the galaxy known as Messier 90 or M90. It’s known as an intermediate spiral galaxy and it’s about 60 million light years away from us. In a small scope, it’ll appear as a small oval of light.