Skywatch: A few meteors may be found in the sky this week

The Aurigid meteor shower, a minor shower, peaks this week. 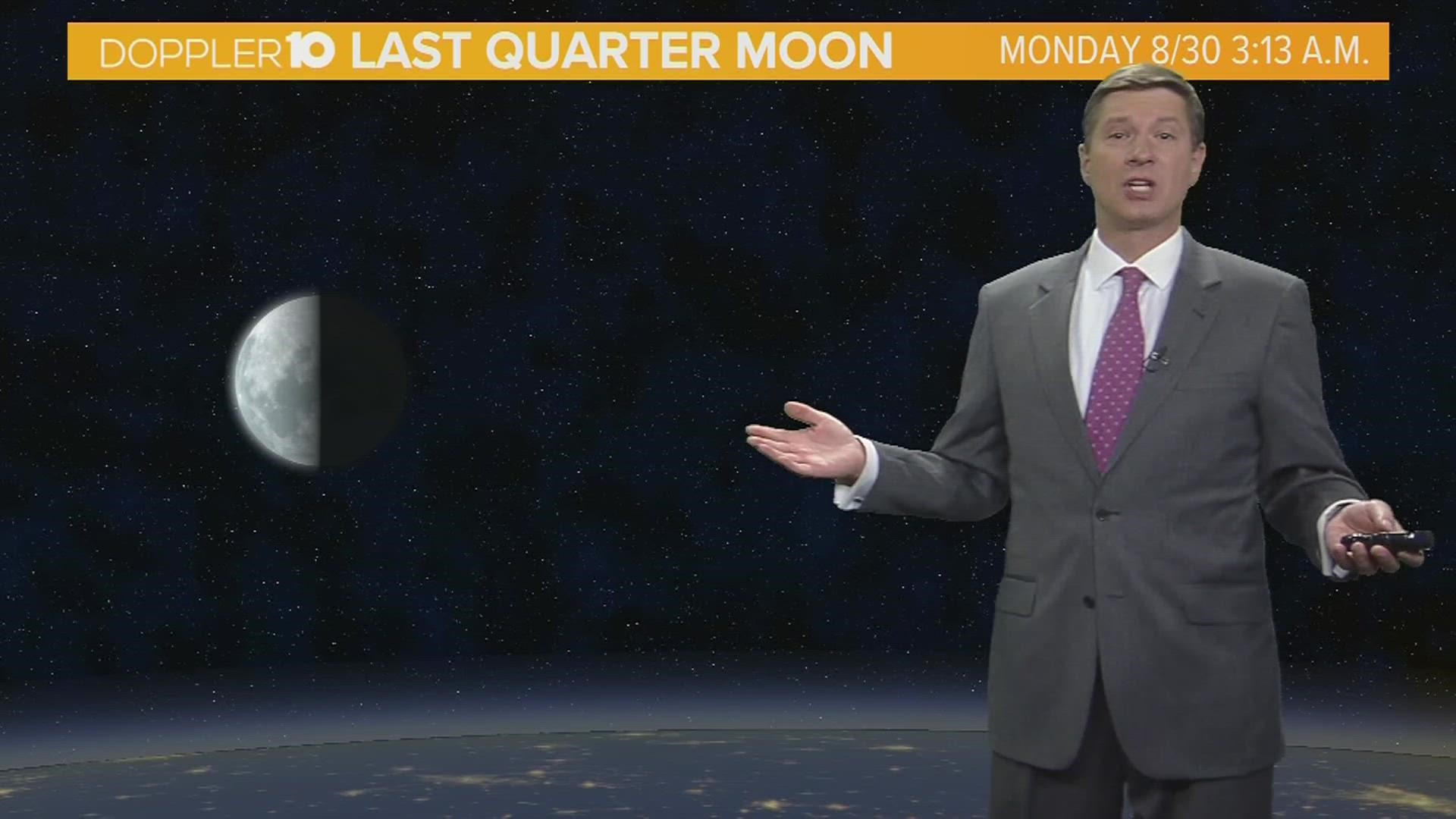 COLUMBUS, Ohio — Early this week we’ll welcome the last quarter moon to the night sky. It’ll officially arrive at 3:13 a.m. Monday morning. If you’re out early look for the half moon.

On Tuesday evening, the closest planet to the sun will reach its highest point in the sky for the August/September time frame. Mercury will hit a peak altitude of nearly 10º which means you’ll need a clear view of the horizon to see it.

Venus will be just above and left of Mercury shining brightly with Mars just below the pair. Again, you’ll need a clear view of the horizon to catch the show.

If you see some meteors this week consider yourself lucky. The Aurigid meteor shower is a minor shower that’s expected to peak early on Wednesday morning.

Comet Kiess (C/1911 N1) is responsible for the shower. It’s not very active boasting 5 to maybe 10 meteors an hour but every now & then there’s an outburst with as many as 50-100 meteors an hour.

The radiant will be in the east to the northeastern sky after midnight and through dawn in the constellation of Auriga, the charioteer. As always find a dark spot, far away from the city, for the best show.