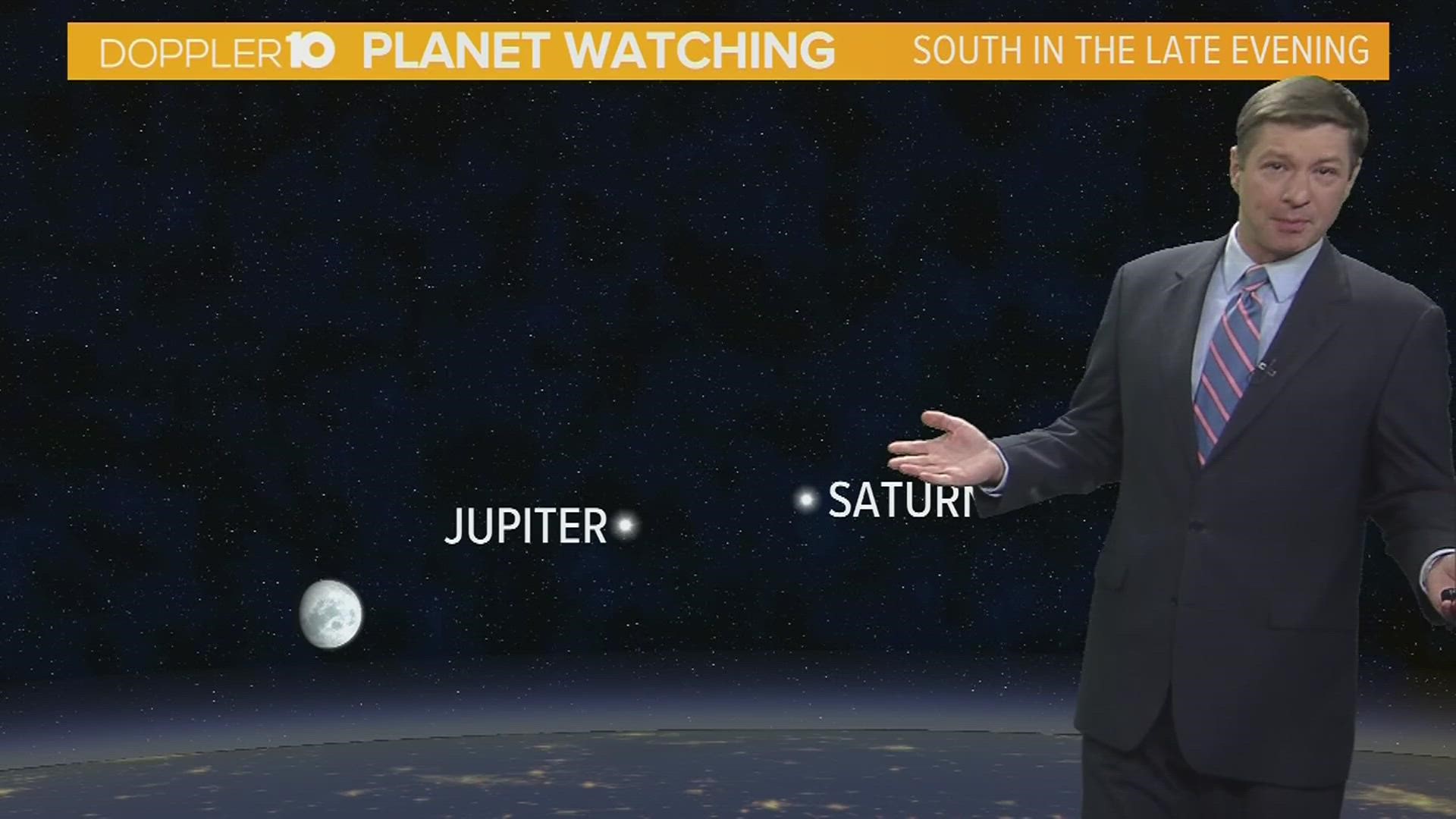 COLUMBUS, Ohio — We’ll start out the week with a chance to catch the two largest planets in the solar system. On Sunday night look in the southern sky late in the evening for the moon, Jupiter and Saturn.

The two planets will be below and right of our satellite. Jupiter will be closer and shining brighter.

Mars reaches a milestone this week as well. At around 7:33 a.m. on Monday it’ll reach something known as apogee. This is when the planet will be at its farthest point from Earth.

It’s also when it’ll appear smallest and dimmest in the night sky. The planet will be lost in the sun’s glare so you won’t be able to find it.

Later on Monday, the full moon will arrive at 7:55 p.m. This month’s full moon is known as the Full Harvest Moon because it’s the full moon that occurs closest to the fall equinox (more on that in a second).

It’s also known as the Full Corn Moon, look for it on Monday night.

We mentioned the fall equinox earlier and that’ll occur at 3:21 o.m. That’s when the sun will be directly overhead at the equator.

It also signals the end of the summer season. You may have noticed that the days are getting shorter and the nights are getting longer. This will continue to be the case until the winter solstice in December.

Mercury will be in conjunction with the brightest star in the constellation of Virgo, Spica, late in the week. On Wednesday night the pair will be extremely close to each other very close to the horizon. It’ll be tough to find so if you don’t have a clear view of the horizon you may be disappointed.

On the bright side, Venus will be just above and left of the pair, easier to find. Look in the southwest at dusk to see the show.