Our Spring months are getting warmer here in Central Ohio

Climate Central released their 2021 spring package on Monday detailing how most of the United States has seen an increase in average temperatures since 1970. 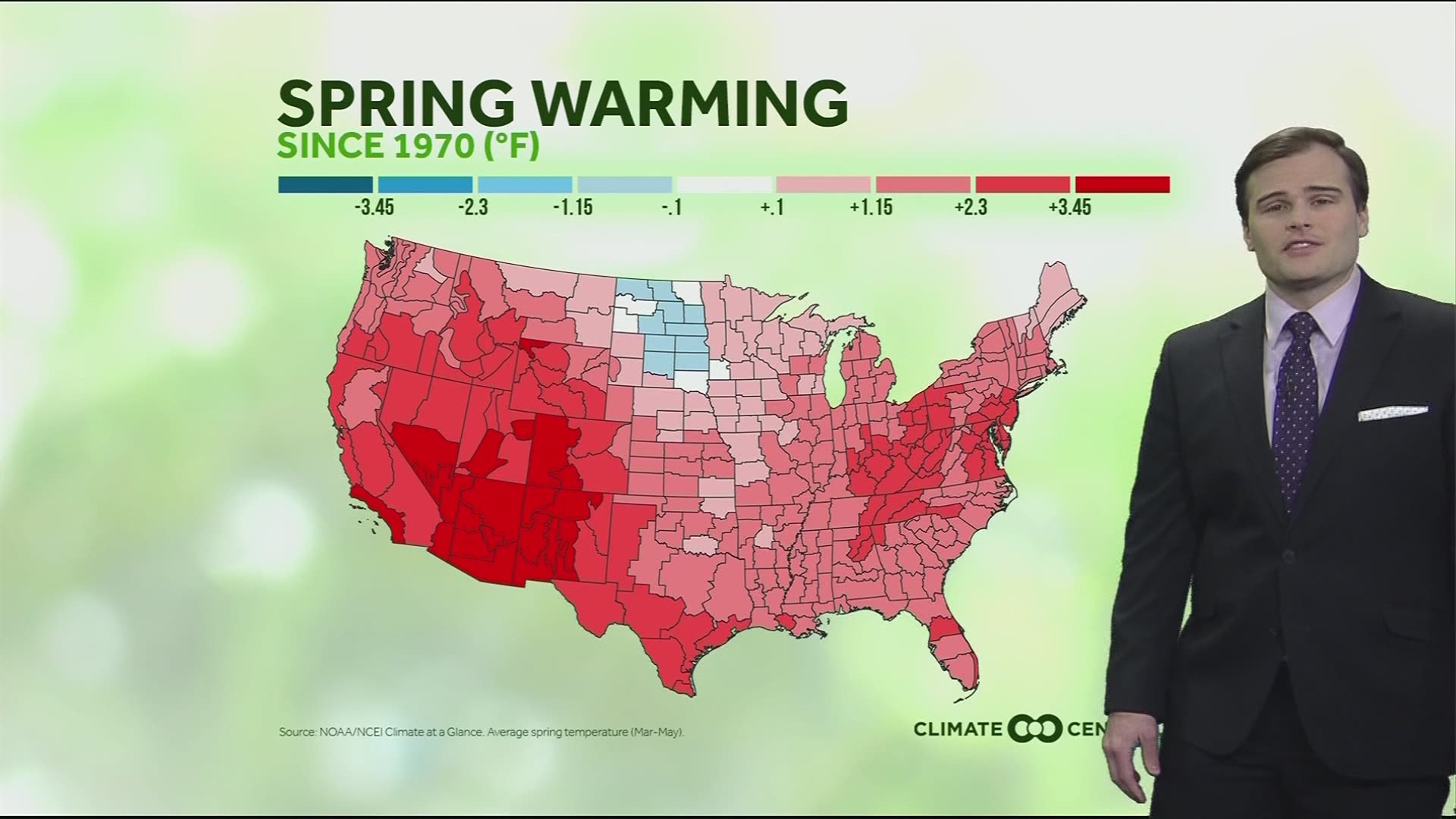 On Monday, Climate Central released their 2021 Spring package that highlights the changes in our spring months for the United States.

These changes are specifically temperatures during the spring months, which include March, April and May.

Climate Central stated in their analysis of 243 cities across the U.S., 120 cities (49%) have recorded an increase in average spring temperatures of 2℉ or more over the past fifty years. Further, 96% of cities (234) reported an increase in the number of above-normal spring days since 1970, with 81% of cities (196) reporting an increase of 5 days or more.

The data for Columbus also supports this warming trend over the years.

Since 1970, Columbus has seen an increase of 3.3 degrees in average temperatures during the spring months.

We have also seen close to 12 more days with temperatures above average in the spring months.

Climate Central said that the warming spring temperatures follow a pattern of warmer seasons encroaching on the cold of winter—resulting in an earlier advent of spring and throwing timing of natural events into misalignment. For instance, earlier snowmelt can result in changes in water availability and challenges to the breeding of native fish. Earlier spring temperatures can also lengthen the growing season, supporting longer pollen allergy seasons that start earlier and stick around for longer.