Noticeable increase in temperatures right as kids go back to school

Our recent climate data from 1991-2020 reflects what is considered to be "normal" here in Central Ohio. Does this make warmer weather the new normal? 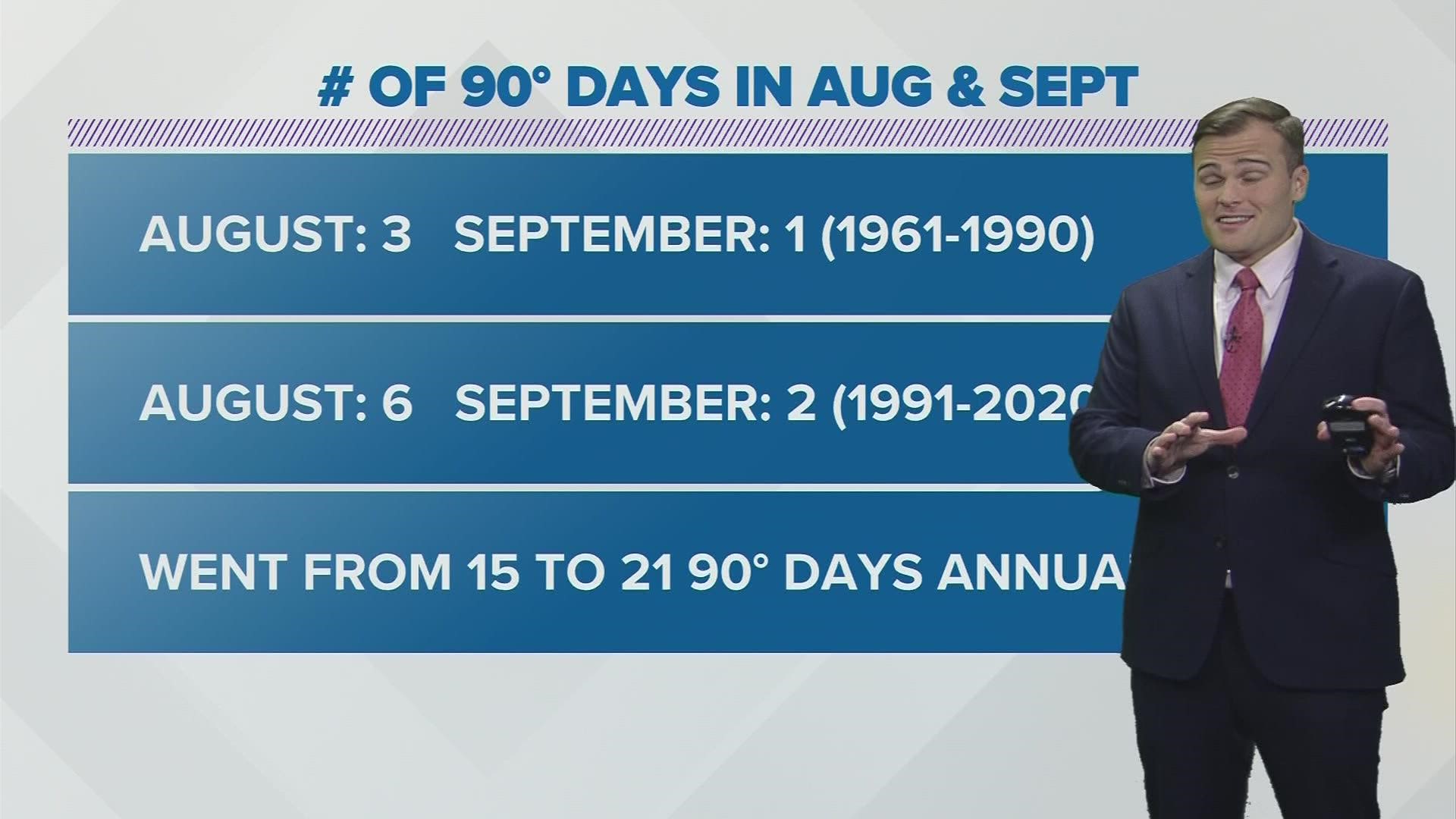 So far in Columbus we have had 18 days with highs at or above 90 degrees.

Not only are we seeing more hot days but our average temperatures are also on the increase.

August temperatures have been on the increase at about 3.3 degrees since the early 70s.

The warming is even more pronounced in the month of September at about 4 degrees warmer.

Now with many kids getting back into school lets take a look at the data from mid August to early September.

It’s another increase of 3.1 degrees and while many people might be thinking “It was just as hot if not hotter when I was school and we didn’t have AC either.” Well, there are many kids without air conditioning in their schools to this day and the heat is actually different than what it was 20, 30, 40 years ago.

Not only have we seen a gradual increase in average temperatures over the years but we have also seen it with extreme heat.

Looking at the average 90 degree days back in the 1960's to 1990 in August and September, we saw 3 days and 1 day, respectively. Now look at what we have seen over the past 30 years in our most recent climate data. The amount of 90 degree days have doubled for both months.  Yes, all our summers feature hot days. That's why it's called summer in the first place. It's the increase in frequency of these hot days and how our average temperatures have been increasing both during the day and at night that is becoming a problem.

Comparing these two 30 year data sets, we have gone from 15 to 21 days with highs at or above 90 degrees.  Warming is the new normal and it looks to only continue into the future not only for Columbus but much the country and world.