Marco & Laura; A one-two punch for the Gulf Coast

Both tropical storms will bring impacts to the Gulf Coast this week; but there is also some things that won't happen. 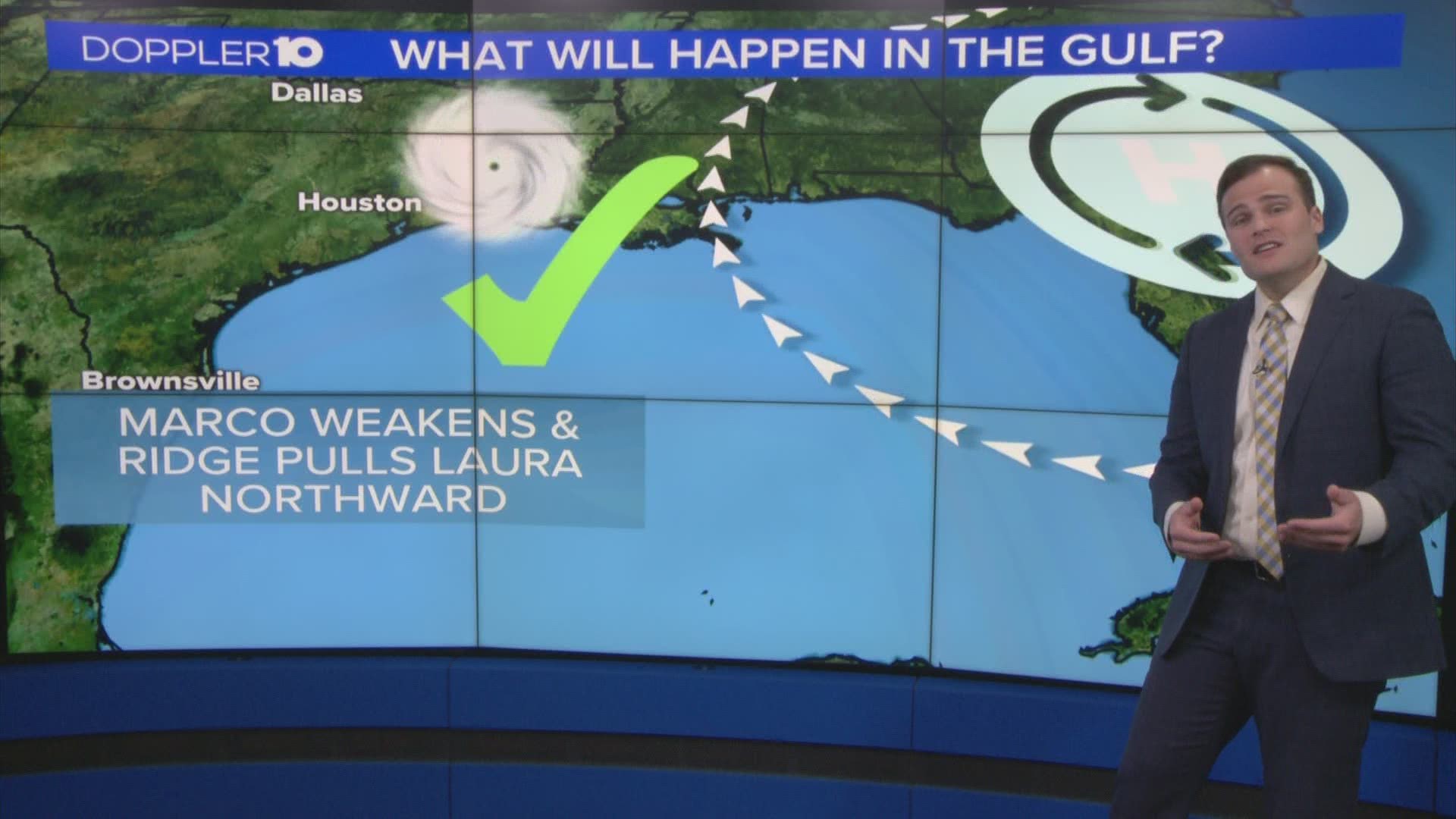 Below is the latest track on Tropical Storm Marco, courtesy the National Hurricane Center(NHC).

Marco is weakening, but still a strong tropical storm moving closer to the Louisiana coast.

The storm is expected to trek inland of LA and weaken into a tropical depression by Tuesday morning.

Tropical Storm Laura, however, still has plenty of time to pick up some steam before it heads inland towards the U.S.

Laura will move off the coast of Cuba and will enter extremely warm, moisture rich waters over the Gulf of Mexico and is expected to strengthen into a category 1 hurricane by Tuesday night.

Laura is expected to further strengthen into a category 2 hurricane prior to making landfall somewhere within proximity of the LA/TX borderline.

Now that we have the latest information pertaining to storm strength & track, let's talk about some of the things that have been catching some buzz on the internet since these storms started closing in one each other.

Below is an explanation on some of the things that won't happen with these storms and then what will be the likely scenario panning out later this week. 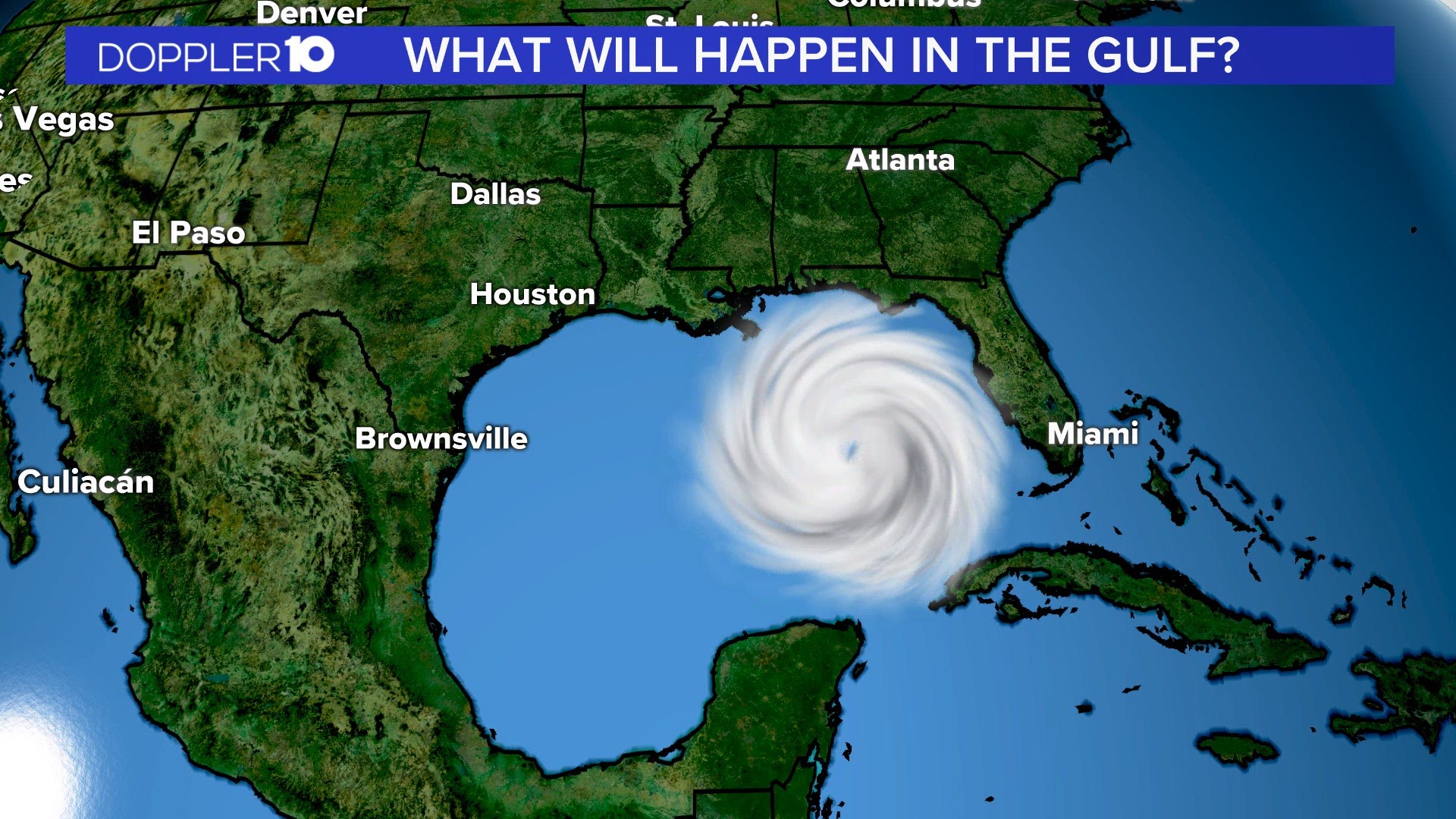 First off, these storms WON'T combine together into a super hurricane. I know it's 2020 and all, but this is something that won't occur.

Another buzz term circulating the world recently is one called the "Fujiwhara Effect".  This is a real thing and it has been around for a long time.

The NWS defines the Fujiwhara Effect as "A binary interaction where tropical cyclones within a certain distance of each other begin to rotate about a common midpoint."

Think of it as your typical tea-cup carnival ride where you spin in a circle a part of a large circle, like a pinwheel effect.  This has happened before with storms in the past, but not something likely in the Gulf of Mexico.

Larger bodies of water in the Atlantic Basin are more conducive for this type of event, but this type of effect is limited given the inland features and distance between the two storms currently.

Often times these storms don't continue to strengthen, either.  The impacts of the wind fields between the two features usually cause one or both storms to weaken. So again, no mega-hurricane or double-headed storm.

The likely situation is what plays at the end of the video where Marco weakens and then dissipates before Laura makes it's march towards the Gulf coast.

A ridge of high pressure will be key in acting as the steering mechanism that will pull Laura inland over the TX/LA region. After an eventually landfall and time spent over U.S. soil, Laura will weaken and eventually bring remnants up towards central Ohio late next week.

Despite of what won't happen with these storms, what will happen over the next couple days will be historic as both of these storms will likely make landfall within 48 hours of each other.

Dangerous storm surge, flooding and strong winds will impact portions of the Gulf Coast by the middle week. Those in the path of these storms, especially Laura should monitor the progress and ensure they have their hurricane plan in place.