Skywatch: Find planets in the evening this week

You can use the moon to help you find the two largest planets in the solar system. 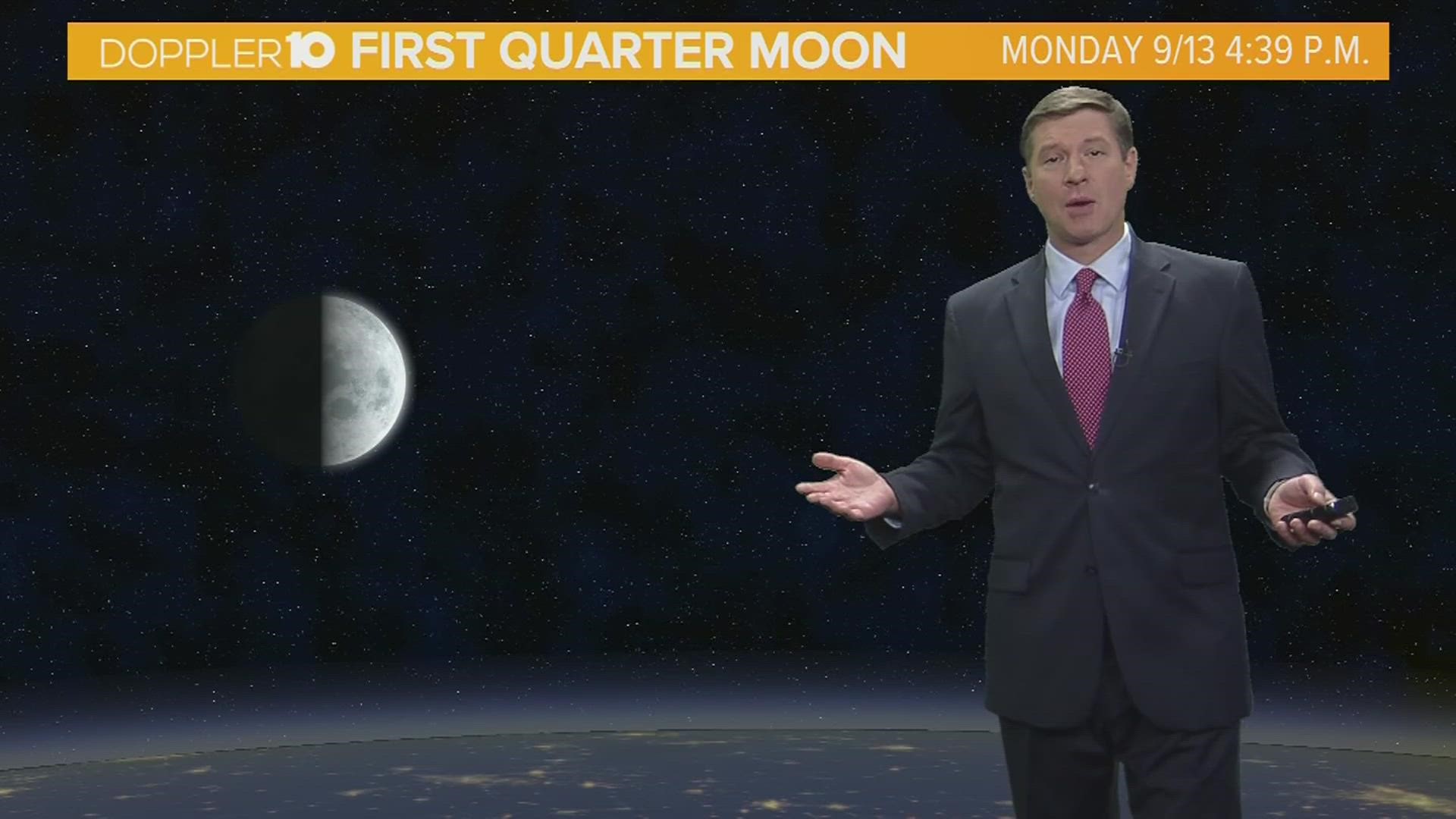 COLUMBUS, Ohio — The first quarter moon will arrive early in the week. It’s officially here on Monday afternoon at 4:39 p.m.

Look for the half-moon if you’re out in the evening, it’ll set shortly after midnight.

Mercury reaches something known as greatest eastern elongation at about 5:55 p.m. Monday.

This means that when viewed from Earth the planet has its greatest angular separation from the sun. The planet will now start transitioning to the morning sky by late next month.

Finding Mercury will be a little difficult, you’ll need a clear view of the horizon to see it. Look in the western sky at dusk near the constellation Virgo.

Venus will be shining brightly above and left of the planet with Mars just below and right, which will be even tougher to spot.

The moon will pass near the two largest planets of the solar system Thursday, Friday and Saturday.

The three will be in the southern sky in the late evening. The moon will be between the pair on Friday night.