The Ohio Department of Agriculture is asking farmers and citizens to keep an eye out for this insect. 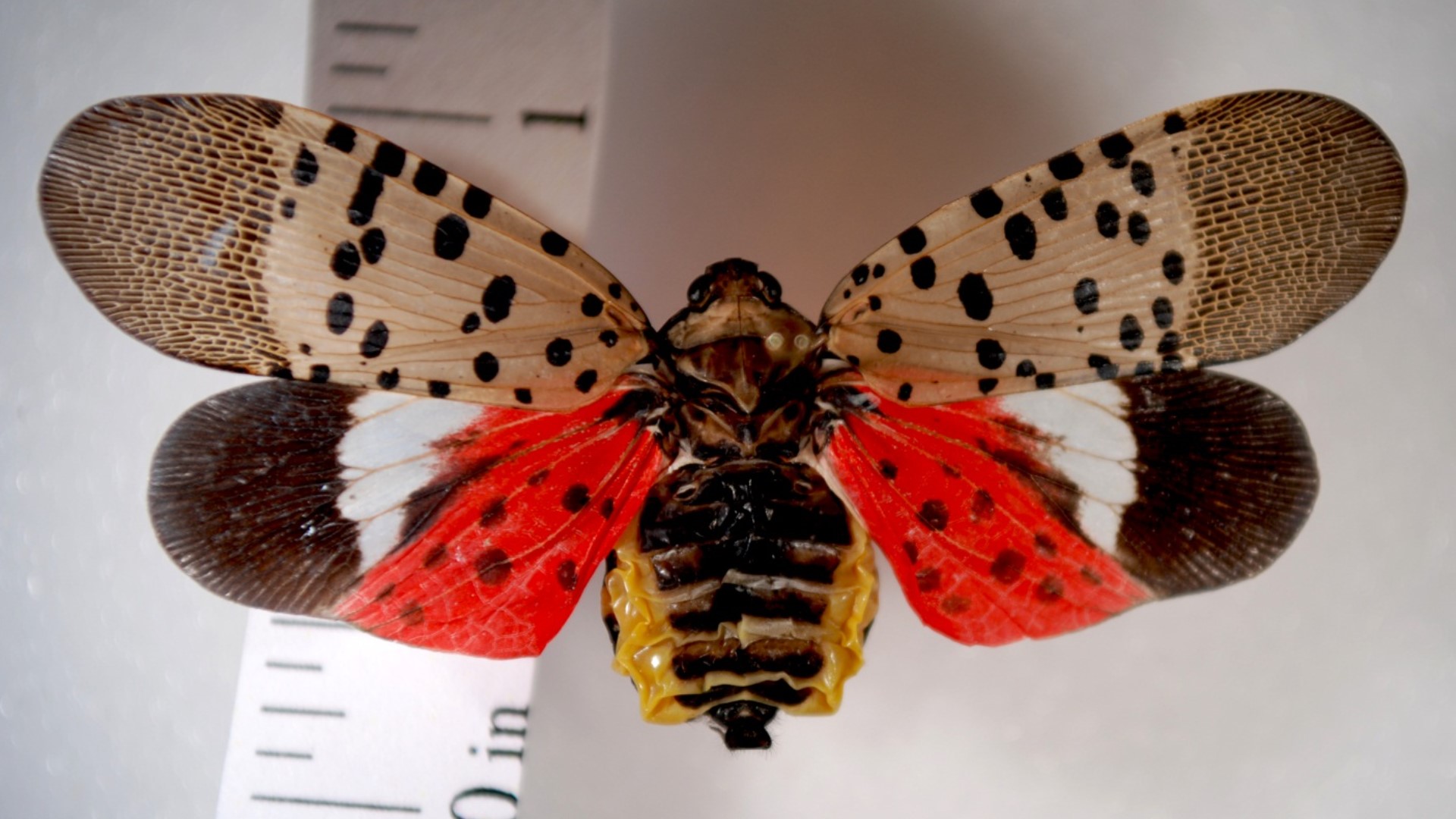 While it may look pretty for an insect, the spotted lanternfly has scientists worried about the environmental and economic impact.

The spotted lanternfly was first found in parts of Pennsylvania in 2014 but has since been spotted in Ohio. They travel usually by people unknowingly carrying these insects across state lines.

The Ohio Department of Agriculture has received photos and reports from Jefferson County.

While harmless to people, spotted lanternflies are known for destroying various hardwood and fruit trees, including grapevines. While feasting on the plants, they leave behind a residue that turns into a mold that can damage the plant. This has created problems in the beer, wine and lumber industries across the east coast.

Dan Kenny, the Chief of Plant Health at ODA, has been studying and following their migrations.

"We want citizens to help us find the insect because it can be an economically significant pest to growers of crops, especially grapes," said Kenny.

While the abundance of adult SLF is declining in vineyards, they've left plenty of their progeny behind! Check out this large mass of eggs on a vine. pic.twitter.com/sasJ64ofV8

To report a sighting of a spotted latternfly\, you can call ODA Plant Pest Control at 614-728-6400 or email any photos to plantpest@agri.ohio.gov.