If you think it's cold now, it could always be worse

Cool downs like the one over the past few days are uncommon this time of year but they're not unheard of. 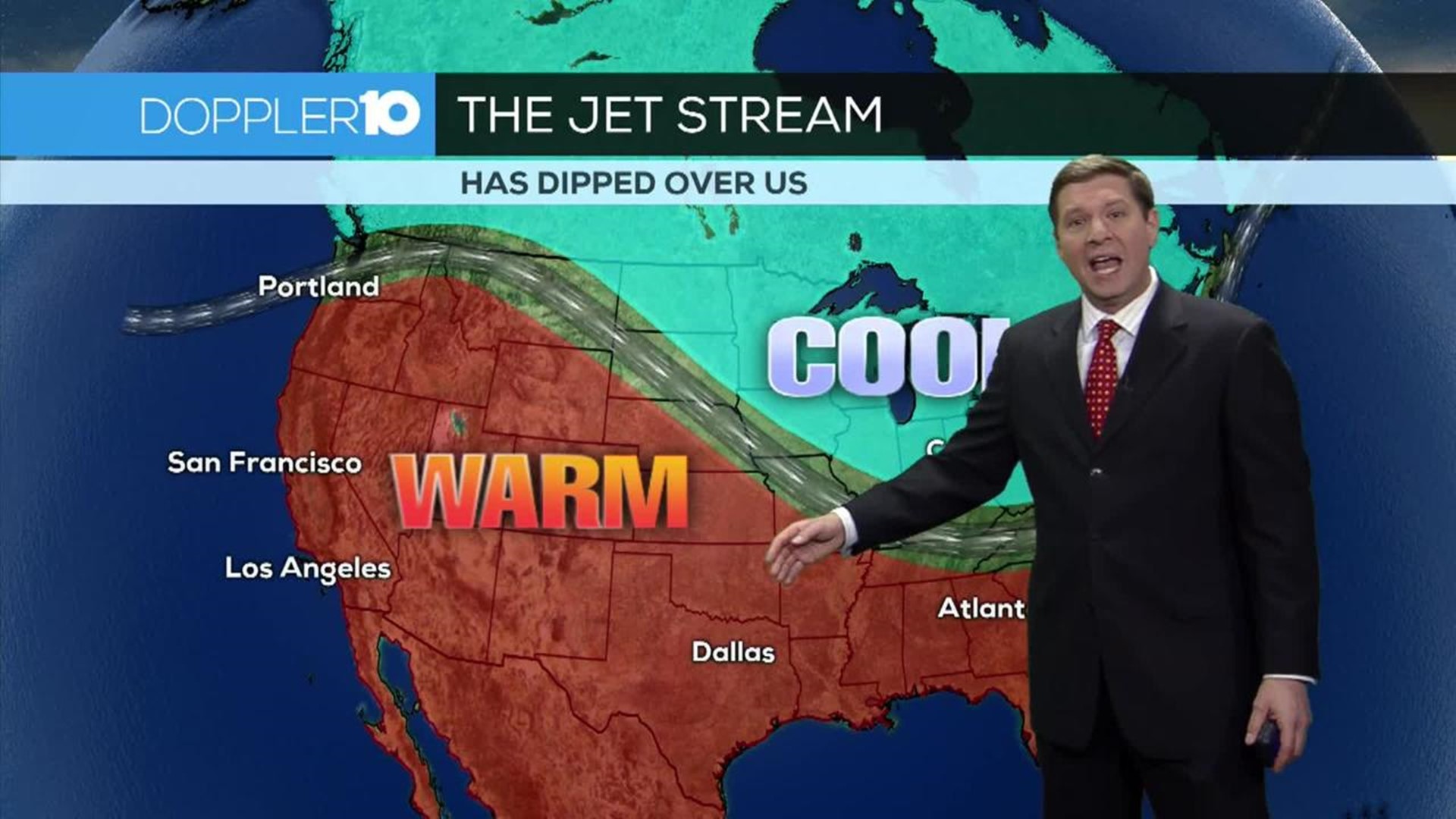 After a dreary, chilly, damp and raw Mother's Day we're getting a second serving on Monday. If this mid-May chill has you wondering, "What's up with the weather?" you're not alone.

Obviously, weather like this is uncommon for this time of year but it's not unheard of. Looking back over the last 60 years we've seen a few similar cooldowns over the May 11-13 time frame.

Not only were these more intense but seeing that our brief plunge is only going to last two days these were actually longer. The first one was back in 1989 when we were stuck in the 50s over the same three-day stretch. Back in 1960 we were in the upper 40s and low 50s for that same time frame.

If you're wondering what's responsible for all of this look high into the atmosphere. The jet stream is a river of fast moving air high in the sky that steers storms around the country and separates cool air to the north from warmer air to the south.

Right now the jet is in a position that's more common during the winter or early spring, not the late spring. This pattern is more conducive to clouds and precipitation which is what's been keeping a lid on the temperatures.

Things will stay below average through midweek but by Thursday we're back near, if not a shade above, average. After that, temperatures will continue to climb and we're back into the 80s over the weekend.

When you look at the long-term trends they're hinting at warmer than average weather through next week. And when we mention above average weather this time of year we're talking about a taste of summer which is exactly what we have on the way.