A recent study points out the impacts of COVID-19 on weather forecasts. 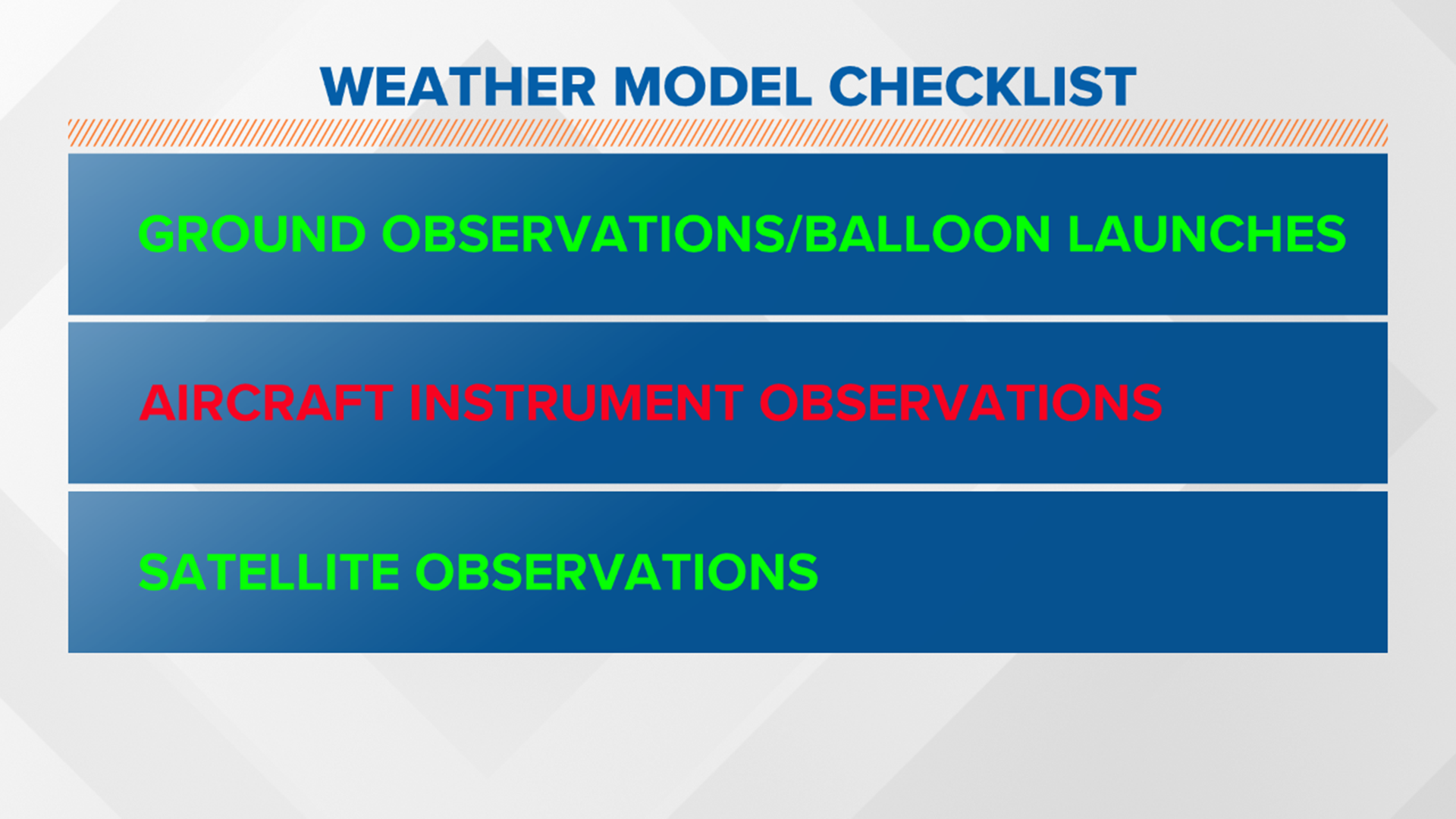 The global pandemic has affected all of us, including our weather forecasts.  When many flights were grounded due to the pandemic, this indirectly put a hit on our weather data that weather models ingest at the beginning of the forecast process.

You may not know this, but many commercial airlines have weather observation instruments on them.  Next time you fly and you have a monitor on your flight, take a look and you'll likely see readily available weather data from the aircraft.

This data is crucial because it gives us accurate and hard to get data from the upper levels of the atmosphere that weather models ingest in the beginning stages of a weather model update.

A recent study in AGU's journal Geophysical Research Letters finds the world lost 50-75% of its aircraft weather data between March and May of 2020. This is simply because these planes were grounded due to the pandemic and we weren't able to get the data our weather models were used to getting.

The blue line in the graphic above shows commercial flights taking a nose dive towards the end of March when the pandemic took over.

With significantly fewer flights, forecasts over the spring were less accurate and the impact was larger as the forecast extended further in time.

Good news is while we're still below average compared to 2019 with respect to commercial flights, we have see an upward trend since the start of summer

This next graphic is a look at the total amount of aircraft observations from the ECMWF data coverage during late March and early April.  Data count drops around 63% fell during this time.

Luckily, we have an expansive network of weather tools that allow us to weed out the incorrect models and along with our meteorological intuition, we can still deliver an accurate forecast.

With the lack of aircraft data, we still have a wide variety of ground level observations and satellite data that helps out with the forecast.

And according to the study, the longer forecasters lacked aircraft data, the more weather forecasts will be impacted.

Fortunately, the impacts were reduced here in the U.S. while other areas without these tools such as the ocean and the southern hemisphere were much more vulnerable to weather model inaccuracies.

And no, this doesn't mean we'll see busted forecasts for this hurricane season.  Thanks to satellites and hurricane hunter reconnaissance missions, we'll still get the crucial data into our weather models to ensure high level of forecast accuracy.

Moral of the story, having a network of weather observation tools are proving to be an invaluable resource and when the unexpected happens, we can still work at a high level and deliver accurate forecasts.