Black specks found in snow could be snow fleas

Unlike normal fleas, snow fleas are not harmful to humans or pets. 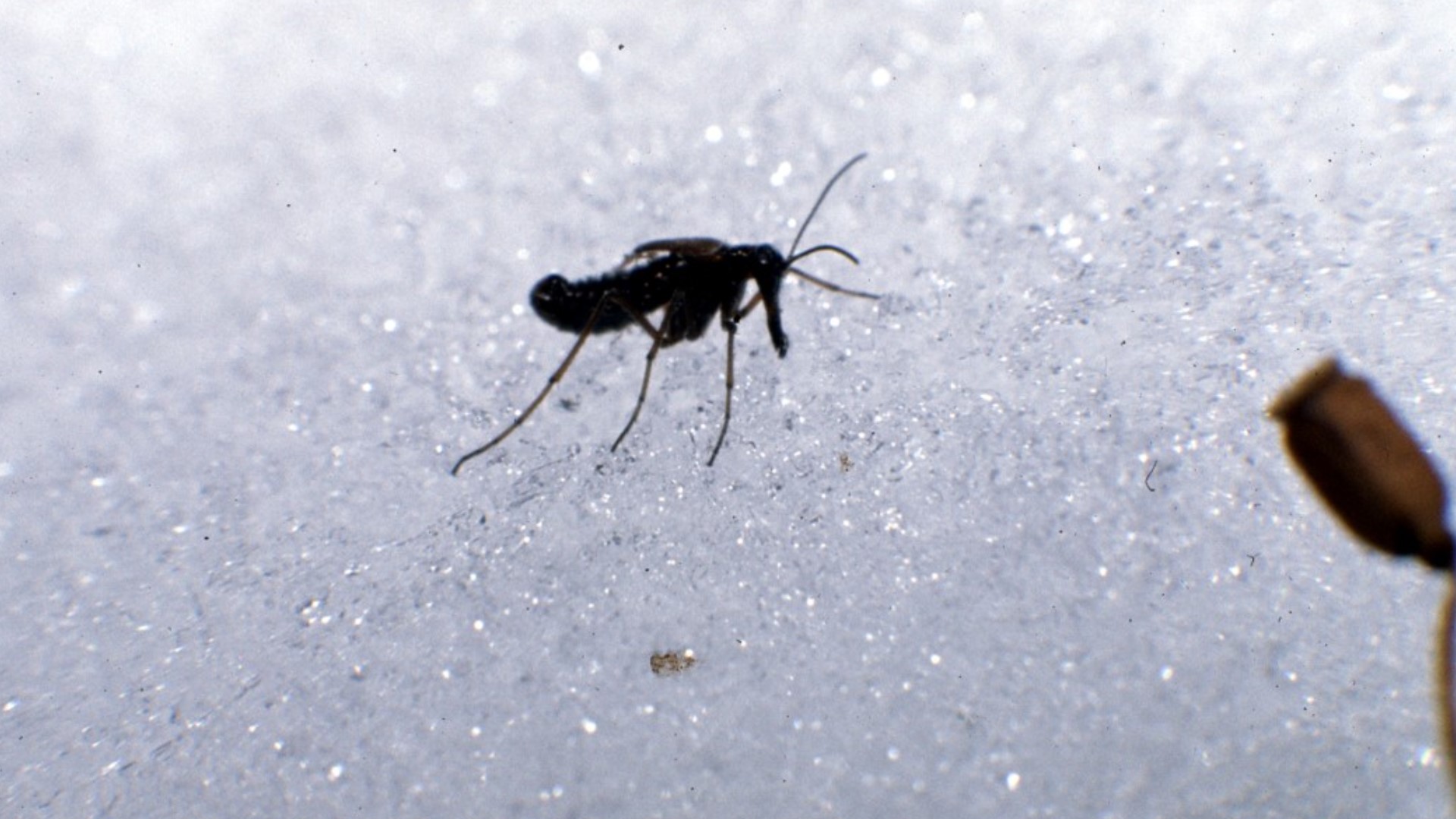 The small black specks in fresh snow could actually be snow fleas.

While they may look like fleas, they aren't considered insects at all.

The technical term for these critters is springtails because of their tail-like feature that helps them hop from snow pile to pile.

Unlike normal fleas, snow fleas are not harmful to humans or pets.

They don't bite and only feed on decaying organic matter like leaf litter which is very helpful for the environment as they play a big role in natural decomposition.

Snow fleas have no problem living in the snow and can even handle much colder locations because they produce an anti-freeze like protein.

You can often find snow fleas hanging around the bottom of trees or places where the soil is exposed.

Below is a video from the Ohio Division of Natural Areas and Preserves showing the snow fleas.