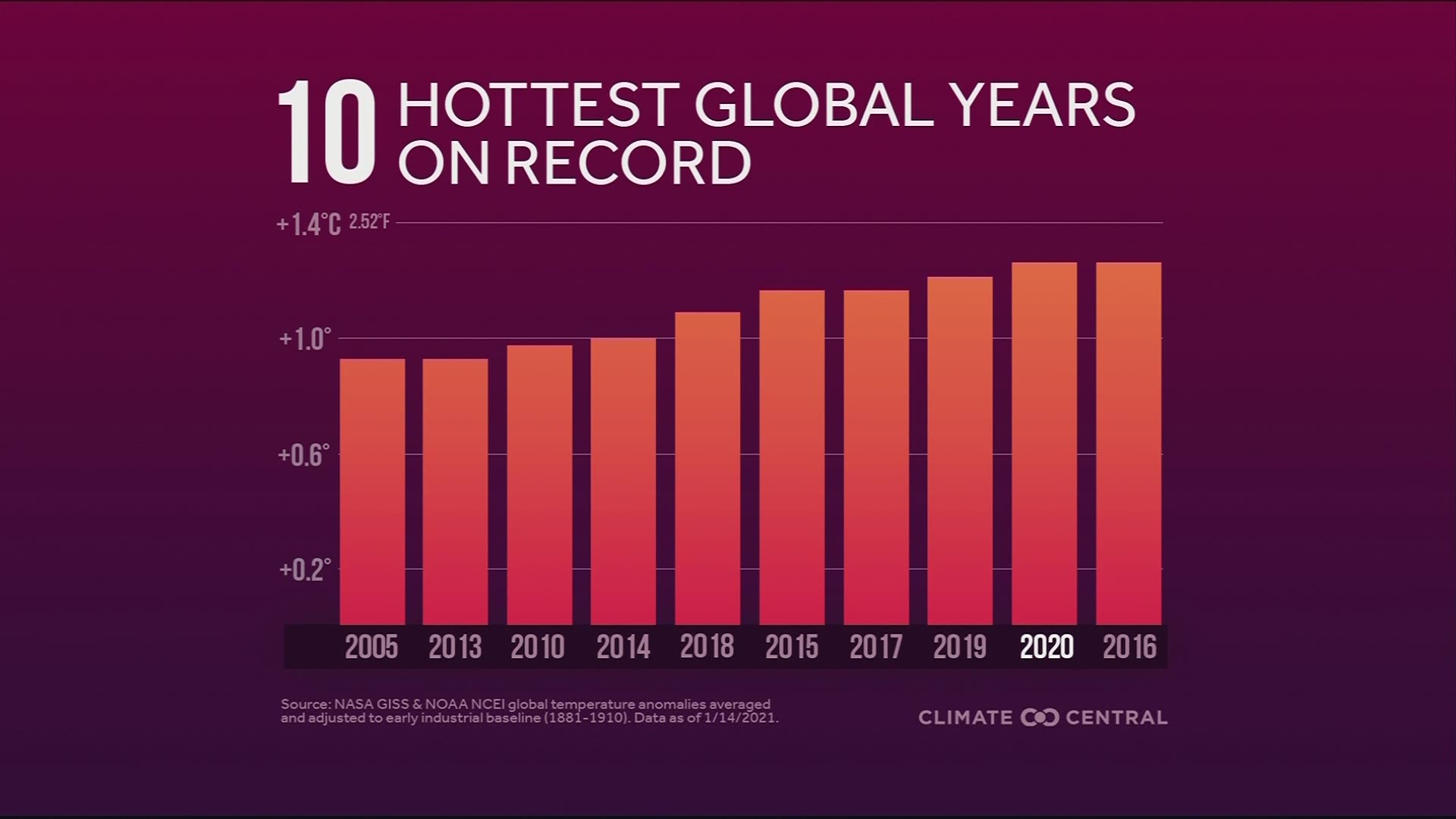 The National Oceanic and Atmospheric Administration(NOAA) declares 2020 as the second-hottest year on record for the planet, just behind 2016.

The top 10 warmest years on record have all occurred since 2000.  Despite La Nina conditions during the second half of 2020, this past year still landed in the #2 spot right behind 2016.

The United States(Lower 48) ranks as the fifth warmest year on record according to the preliminary 2020 U.S. climate summary from NOAA's National Centers for Environmental Information.

The average temperature for the U.S. was 54.4 degrees Fahrenheit, 2.4 degrees above the 20th century average.

Five of the warmest years on record have happened since 2012.