17 years later: What to expect from the Brood X Cicadas this year

The Brood X cicadas are a type of periodical cicadas that will emerge every 17 years, but why? 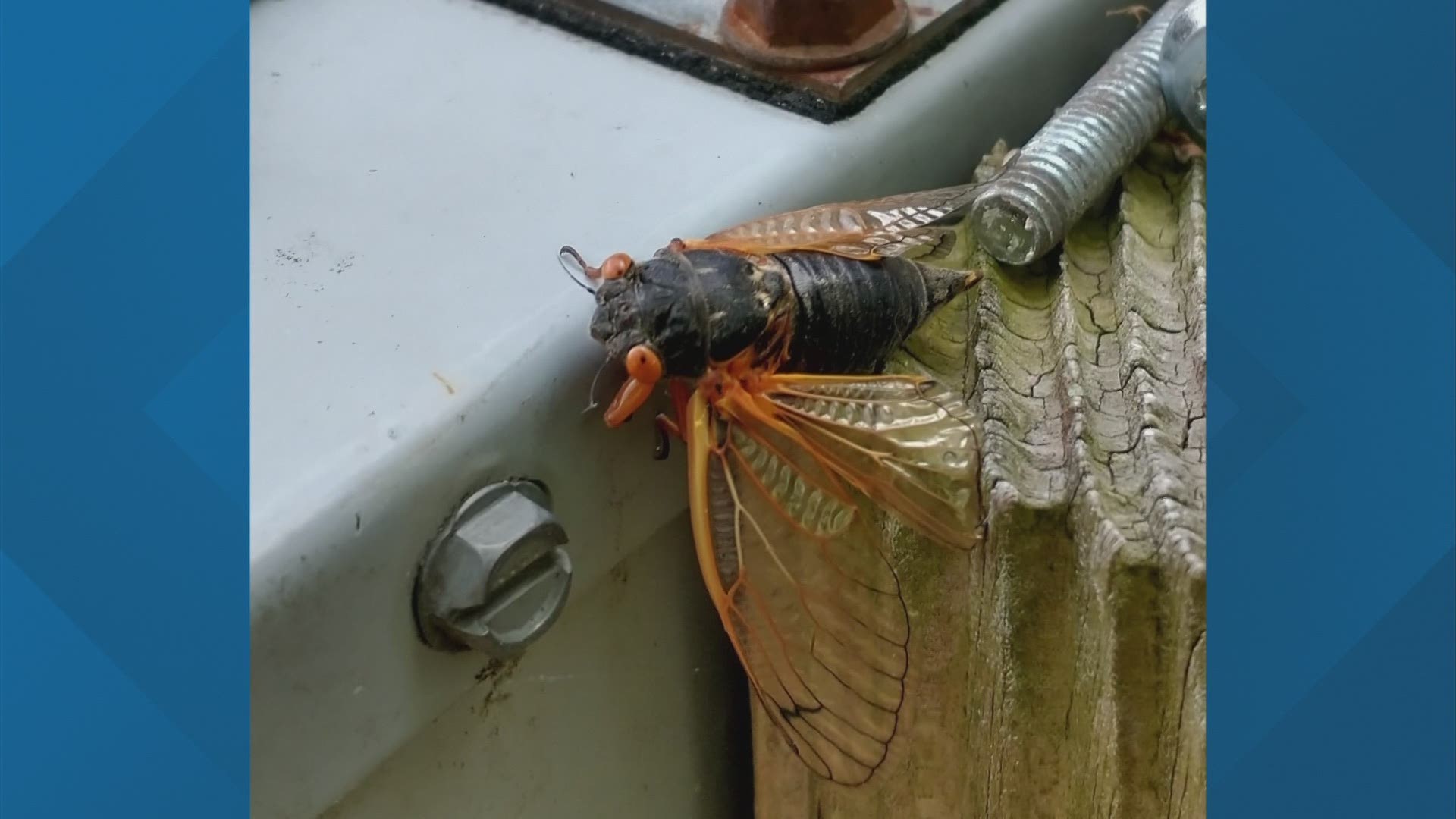 COLUMBUS, Ohio — For the past 17 years, the Brood X cicadas have been living right underneath our feet waiting for the right time and temperature to emerge.

Seventeen years is a long time for anything, especially when it’s spent underground. That’s the life of these periodical cicadas but it brings up the question, why every 17 years in the first place?

“It has to do with the last glaciation period and how the cicadas moved back into the areas that were being vacated by the glaciers as they retreated,” said Dr. Doug Yanega, Senior Museum Scientist at the University of California Riverside.

He said that cicadas have been around for millions of years.

The 13-year and 17-years cicadas also known as periodical cicadas are quite active during their stay underneath the ground.  After these cicadas mate, the females lay their eggs in tiny holes that they make in tree branches.

Several weeks later the nymphs hatch from the eggs and fall into the ground near the base of the tree. Once on the ground, they burrow deep into the soil and latch onto the tree roots and feed off the trees.

Dr. Yanega said not to worry about these cicadas causing any significant harm to your trees. While latched on to the roots they feed off the moisture and liquid on the roots and continue to feed until it’s time to emerge.

Dr. Yanega also said that the cicadas can tell what season it is based on the tree roots.

“The roots aren’t functioning the same way during the winter and as they operate in the spring and summer. There are things that they can clue into that would tell them that a year has passed.”

Dr. Yanega suggests that the cicadas also have something in their physiology that acts as a timer function. This then triggers the mass emergence for the periodical cicadas, but to this day it’s still a biological mystery that scientists continue to study on why or how this happens.

If you saw cicadas during the last Brood X emergence in 2004, Dr. Yanega said to expect the same thing this year.

“If the habitat hasn’t changed in 17 years then you should expect pretty much the same thing happening in those areas.“