Space rocks: Asteroids, meteors and everything in between | Weather Wise Lessons

Meteors are simply meteoroids that enter the earth's atmosphere. 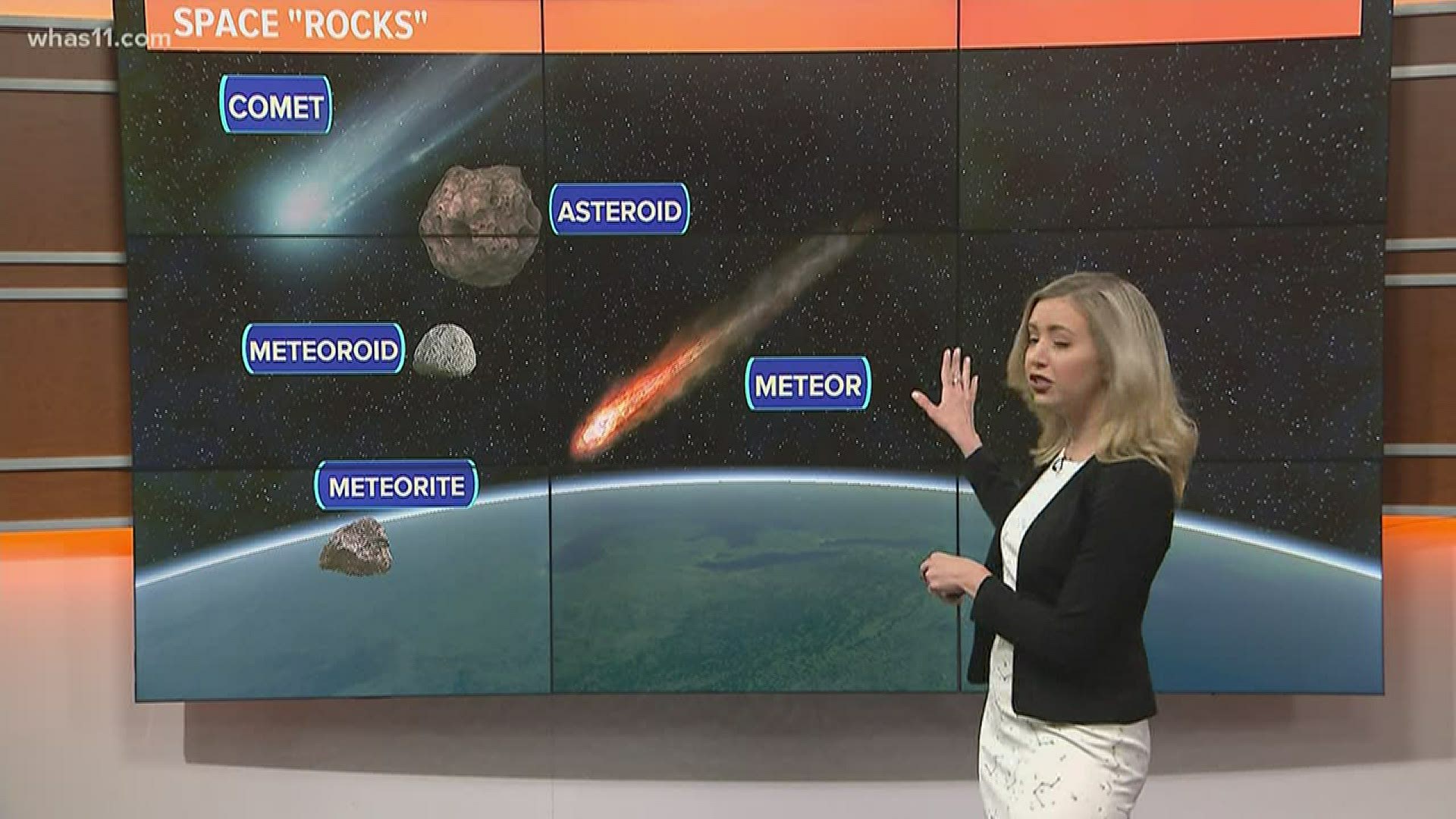 Hi everyone, Meteorologist Kaitlynn Fish here with your Weather Wise lesson for today. Today we're talking space - specifically space rocks because, well, space does rock! If you stay up a little late this evening, you can actually see some pretty awesome sights from space yourself. We'll talk about tonight's meteor shower in just a bit, but first, let's learn a little about all of the types of things flying around in our atmosphere.

First, let's talk about comets - these are chunks of ice originating in the outer solar system and they usually have a comma a tail.

Next Asteroids - these are rocks that orbit the sun typically between Mars and Jupiter. Their size can range from 1 mile to 480 miles in diameter!

Now Meteoroids - they are pieces of asteroids that break off that move through space. They are smaller than an asteroid but bigger than a grain of dust

Meteors are simply meteoroids that enter the earth's atmosphere. We see them as streaks of light through the atmosphere during meteor showers.

Finally, meteorites are meteors that make it down to the earth's surface without burning upon entry into Earth's atmosphere. (switch) Tonight we'll be able to see a few meteors during the annual Lyrid meteor shower! The peak for the shower is at 2 A.M. eastern standard time and we should have some very clear conditions for viewing. The shower is coinciding with a "new moon" where the moon is completely blacked out in the night sky making it extra dark and great for seeing meteors. Hope you get to see them!

That is your weather-wise lesson for today. For WHAS 11, I'm meteorologist Kaitlynn Fish.