You can help those impacted by the storm in Texas by donating to the American Red Cross. 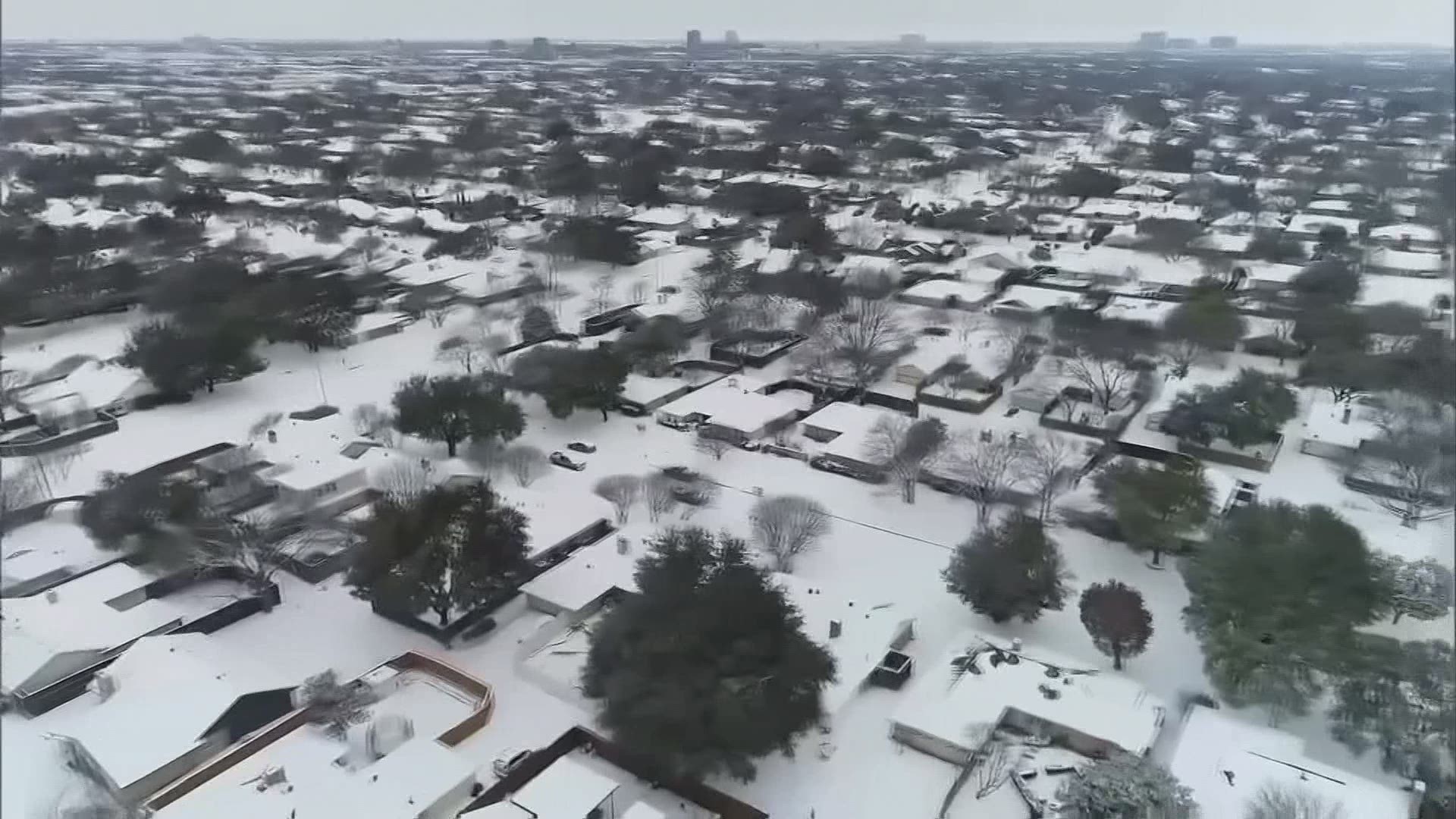 As Texas suffers through a deadly winter storm crisis, Ohioans living in the state are sharing their experience.

Millions of people have coped with no power during bitterly cold weather, followed by busted pipes and low -- or no -- water pressure.

"Growing up in Ohio, I'm used to pretty harsh winters," said Camille deVille, who lives in Houston, TX. "It's just like a whole new ball game down here."

In August 2020, deVille moved to Houston from Twinsburg, OH. She is living in an apartment and is dealing with power turning on and off and barely any water.

"I felt like I was camping in an Arctic tundra that I didn't sign up for and wasn't prepared for," she said. "Luckily, my gym opened up today. 'We have electricity and hot water, so come in if you need to.' I was like, 'Here I come!' Literally, running as fast as I can there."

Melissa Conley is from Richwood, OH, and is living in Mission, TX. She said stores are bare and lines for food and gas are long.

"It took us about an hour-and-a-half to get to the pump," Conley said. "It's just heart-wrenching, seeing all the people waiting in line for food ... just a hot sandwich."

Conley said while she is used to winter weather, people in Texas are not, which makes everything more difficult.

"People around here were saying they would've rather seen the hurricane come back through than this," she said.

You can help people affected by disasters like the situation in Texas, and countless other crises by making a donation to support American Red Cross Disaster Relief. To donate, visit redcross.org, call 1-800-REDCROSS, or text the word Redcross to 90999 to make a $10 donation.