Hurricane Laura refugee's car stolen, along with everything he owns

Red Cross said they have residential shelter transition teams whose goal is to work with evacuees to help figure out their big road blocks so they can return home. 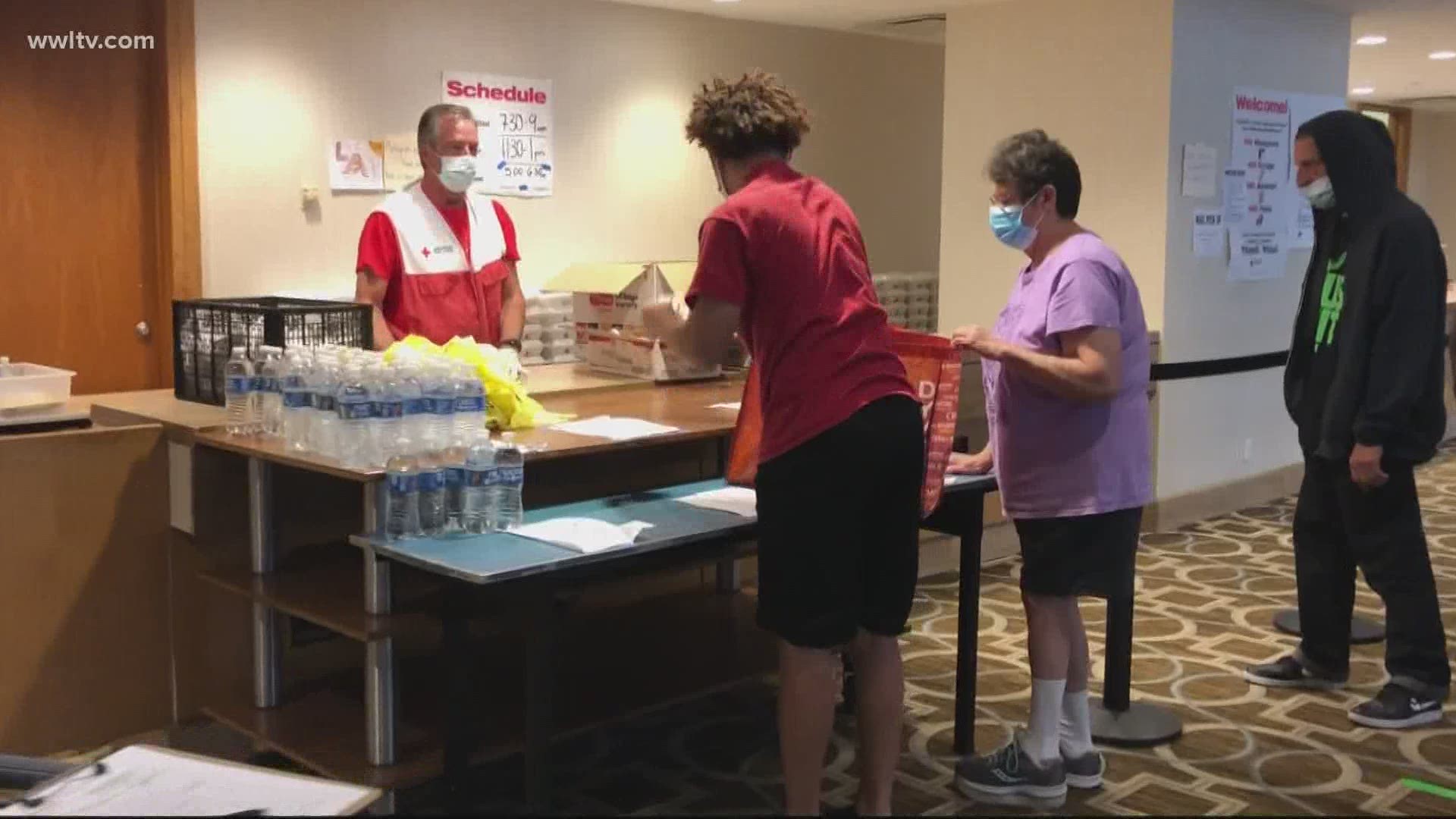 Many still don't have livable homes to return to.

"I don't know what's next," said Jerry LeBlanc, an evacuee from Lake Charles.

Everything LeBlanc owns that he salvaged from his messed up apartment has been packed into his car.

His apartment in Lake Charles was gutted for repair work to begin so he's been staying in New Orleans with a friend whose FEMA funded hotel stay was extended. Monday night, LeBlanc faced more hardship.

"I went back outside and my car was gone.

They had glass on the ground.

I called security," he said.

LeBlanc said his car was stolen from the parking garage downtown. He filed a police report.

"They pretty much told me it's a common thing in New Orleans so I guess my car is gone," LeBlanc said.

That includes everything he had in it.

According to Red Cross, evacuees with minor or no visible damage to their homes have been asked to go back home to Lake Charles, but there are still 3,100 evacuees staying in New Orleans hotels.

"I just want to go home. My house is a family home, it has mold and roof damage and electrical work," said Ray Duhon, another evacuee from Lake Charles who is staying in New Orleans.

His home is unlivable so he was granted an extension in his FEMA funded hotel stay.

"I work in the plants. I haven't been able to work in over three months.

My unemployment exhausted so I have no source of income and I've worked all my life,been working since I was 14 years old.

I've never had to depend on anybody but myself," Duhon said.

He's desperate to get back to work in the plants to provide for his family, but doesn't have anywhere to stay in Lake Charles.

"Red Cross has helped me, FEMA been trying, but I don't sleep because I don't know when they're going to tell me to get out," he said.

For now he prays and makes countless phone calls so repair work can begin to make his home livable."I don't sleep, people don't get it. I don't sleep," he said.

He along with thousands of other evacuees are still trying to figure out what steps to take next.

"How to get back. What to do next. Really, what do you do next?" LeBlanc said.

Red Cross said they have residential shelter transition teams whose goal is to work with evacuees to help figure out their big road blocks so they can return to livable homes.

RELATED: 'They're saying that my house is livable' | Lake Charles evacuees told to leave N.O. hotels