Based on video and photos from the area, the tornado appears to have touched down in a field northwest of Dick Road producing damage to a farm. 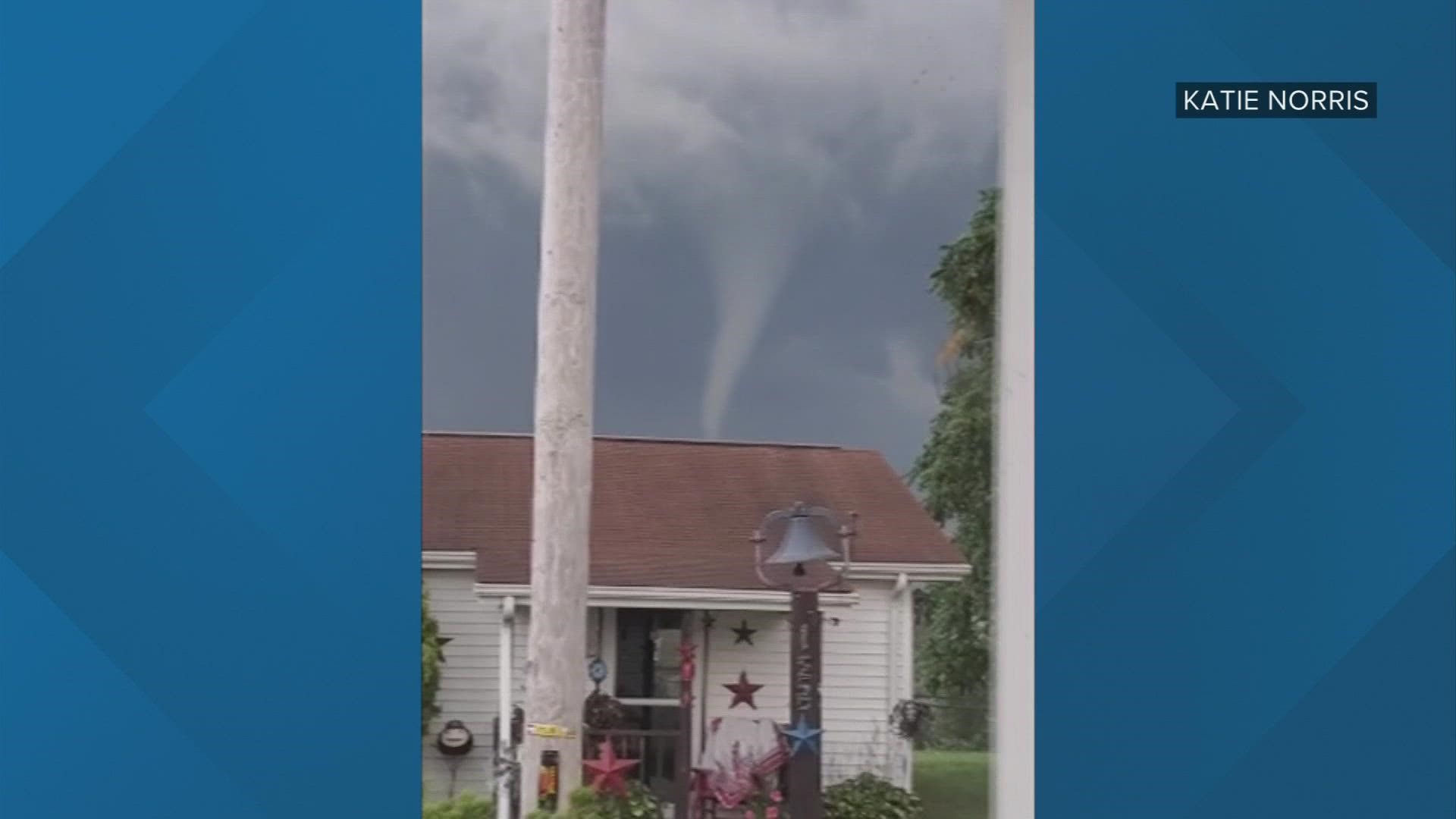 The National Weather Service in Wilmington has confirmed an EF0 Tornado touched down in Pickaway County on Thursday.

Based on video and photos from the area, the tornado appears to have touched down in a field in New Holland, producing damage to a farm.

The tornado was on the ground for 0.8 of a mile with an estimated max wind speed of 85 mph.

With various Tornado Warnings Thursday evening, the National Weather Service offices across the state have been very busy surveying the damage.

As of this evening, there are a few other areas across Ohio that are being investigated for tornado damage and further information.

These survey crews will be investigating for evidence of tornado damage, the strength of that possible tornado and duration.

We have also seen videos, photos and reports of damage in Washington, Carrol, Jefferson and Harrison County. The National Weather Service in Pittsburgh confirmed an EF1 Tornado where multiple hardwood trees down in Bergholz.

The National Weather Service in Pittsburgh tells us that from social media they have been able to confirm a tornado in New Athens and New Alexandria, Ohio. Damage to property and foliage are evident in photos from that area.

A survey is also being done in Washington County for tornado damage. Video and photos from a storm spotter showed a possible tornado touching down and crossing near I-77 in Macksburg. A survey crew is in that area this afternoon and will have more information this evening.