Brandi Bauer's family is still reeling in the aftermath and destruction left behind after the storm. 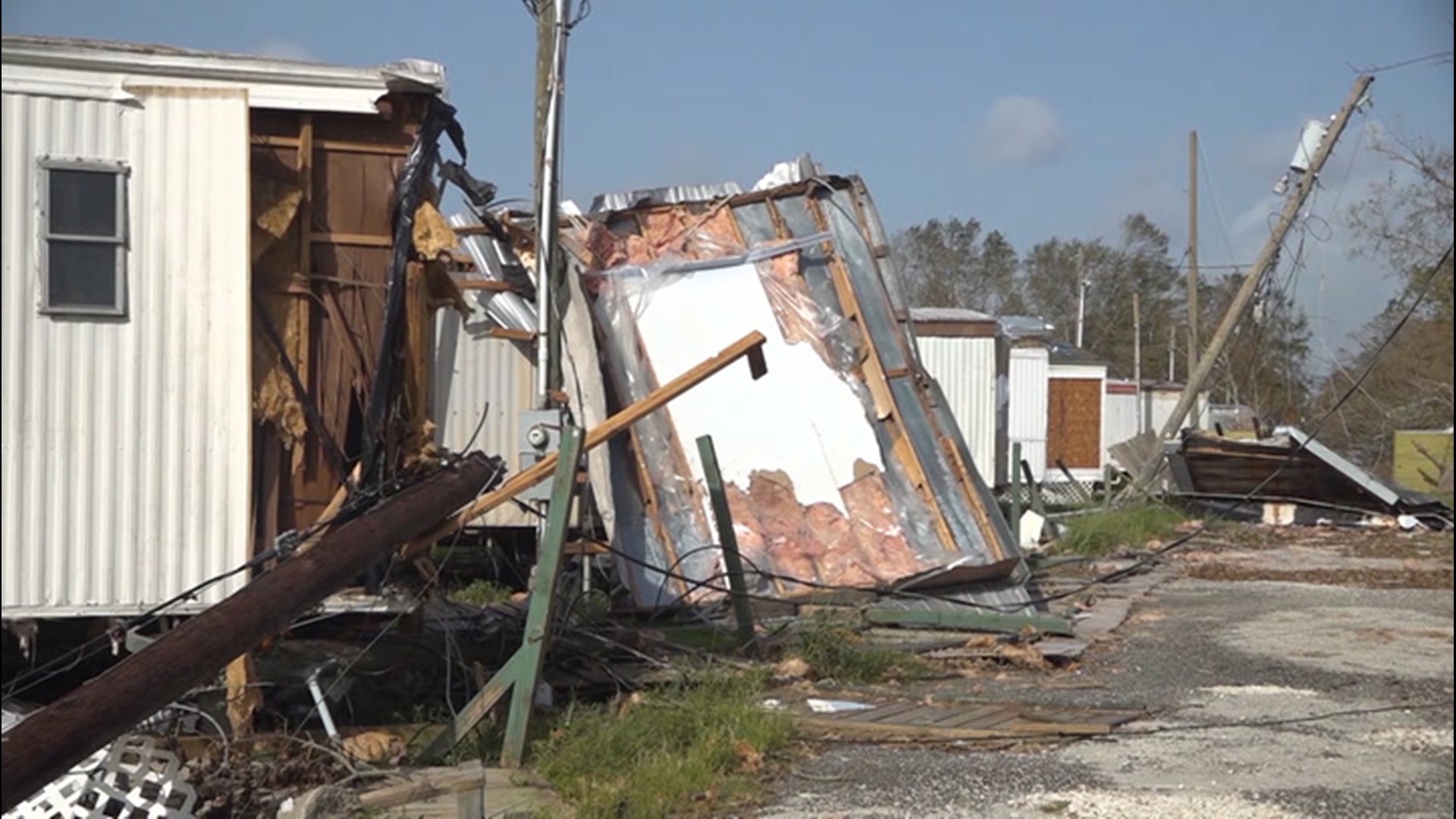 Brandi Bauer recorded a viral video showing the trail of destruction Hurricane Laura caused to her home last month. Bauer guided the camera through what was left of her house, showing collapsed ceilings and sludge-covered floors. The home, in Sulphur, Louisiana, about 135 miles east of Houston, Texas, less than 60 miles from Cameron Parish where Laura thundered ashore as a Category 4 hurricane, is the first Bauer has ever owned. She purchased it just a little more than a year ago.

More than a week after Laura uprooted Bauer and her children's lives, the family was still reeling in the aftermath and destruction left behind after the storm.

Laura's tornado-force winds tore shingles off Bauer's roof, causing part of her roof to collapse. Mold was starting to creep into her home as she waited for her destroyed roof to be repaired, Bauer told AccuWeather in an interview.

"The ceiling got soaked and ended up collapsing in my living room and bedroom, all insulation is wet," Bauer said. "And I'm hoping it's not continuing to mold."

Bauer is facing horrible circumstances but said many others are experiencing even worse. People in her neighborhood were faced with trees crashing through their houses or missing roofs.

"Some people's entire roofs blew off. Some have trees splitting their house, and some [homes] just crumbled to the ground," Bauer said.

"I had evacuated to a friend's [house] in town. The noises we heard were terrible," she recalled. "My kids went with my parents to a house that we thought was safer, but the roof blew off the house, and once the rain started again, the house began to flood," Bauer said.

The Louisiana National Guard was deployed to the Lake Charles area to distribute emergency supplies. Hundreds of thousands of residents along the Louisiana coast and inland were left without power following the storm, including Bauer.

"We're still without power, and cleanup is going to go on for months. Our community has been completely destroyed and have no help from the government," Bauer said.

Bauer explained she was still waiting on her insurance adjuster and hadn't received any help at that point.

"I have received nothing from them or FEMA for repairs," Bauer said. "The process of getting any financial help has been a headache and more or less a joke. As far as I'm aware, FEMA isn't even in the area yet," she added.

Agents are likely to remain busy throughout the summer in the southeastern U.S. However, there are certain things victims can do following a hurricane to make sure they receive the help they need while making sure further damage doesn't occur.

Call your home insurance agent as soon as possible so that the damage is reported. The faster you report damage, the faster your claim will be processed. Note the damage by taking plenty of pictures to document how the damage looked right after it occurred.

Start repairing and preventing more damage from occurring. Cover broken windows, walls and roof damage with plastic, remove water from floors and carpet and cover holes in siding or walls with duck tape to prevent water from seeping into your home. Don't forget to keep your receipts because the insurance company will reimburse you for initial supplies.

Finally, ask a contractor to come and supply you with an estimate for the damages. Provide your insurance company with a copy of the estimate.

"Me and my kids are currently staying with friends. There are many people in the area that are locals or friends of locals that have been helping tarp roofs and serving food," Bauer said.

Laura's powerful punch was projected to cause $25 billion to 30 billion in total damage, AccuWeather estimated ahead of the storm's landfall.