This year's flock of leaf peepers may be bigger than ever. 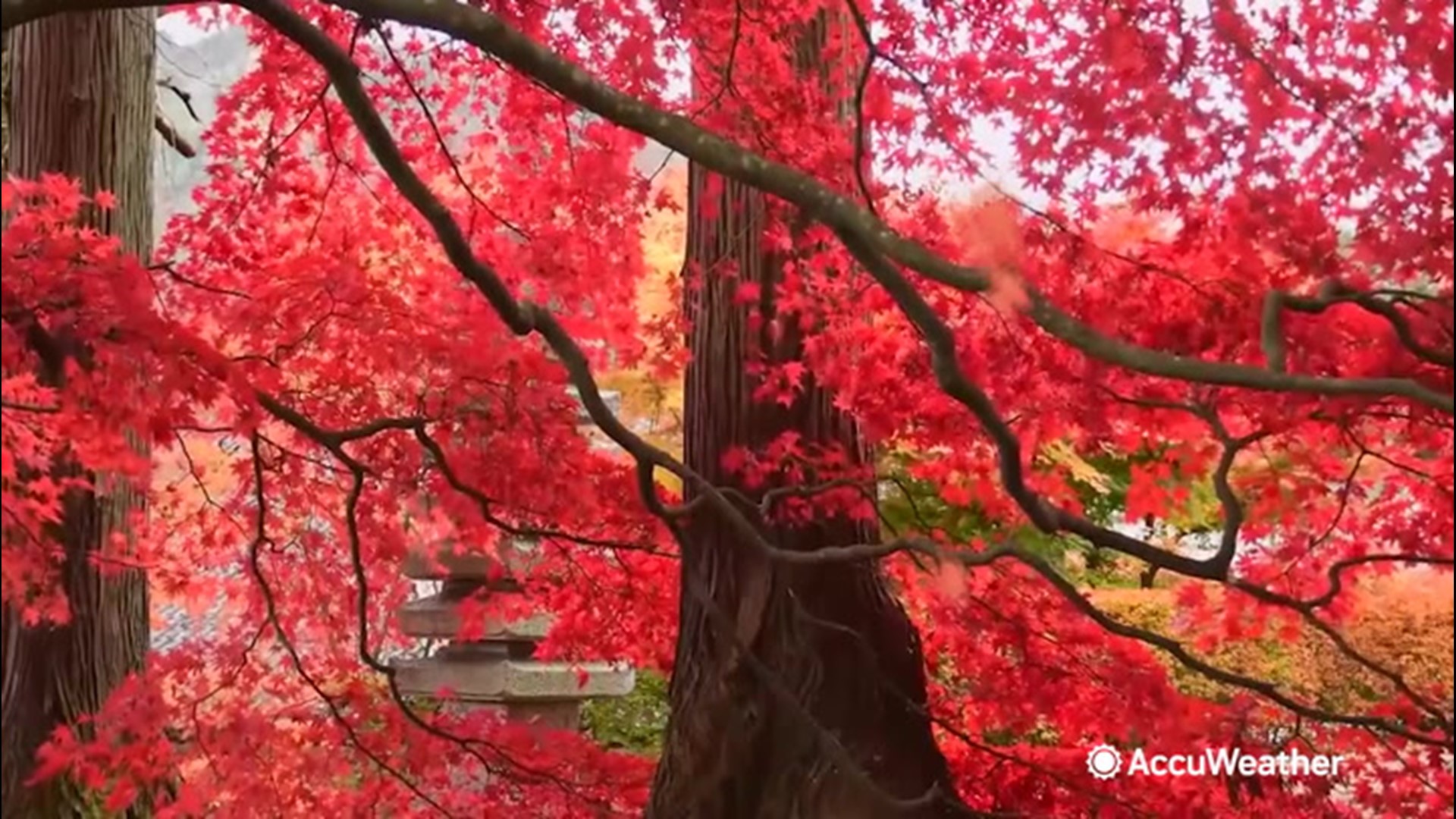 There are few times of the year that are better to go out of your house and see nature's beauty than the fall, which brings the changing color of the leaves. On top of that, there have been few years in history that have ever left people so sick of being inside.

The natural splendor of the fall foliage season means it's time for leaf peepers, the name given to foliage landscape chasers, to shine. Due to the coronavirus-induced cabin fever of 2020, this year's flock of leaf peepers may be bigger than ever.

To properly maintain social distancing, it also may be more helpful than ever before to find some hidden leaf-peeping spots where large crowds won't cluster.

Although traveling to different regions of the country may not be as popular or convenient this year, there are many leaf-peeping goldmines littered throughout the country, especially for those looking to escape the concrete jungles. City dwellers across the country will be looking to capture the season's beauty in some peak leaf-peeping spots.

So what can leaf peepers expect this year now that autumn is officially underway? And what causes leaves to change color and put on stunning displays in the first place?

Typically, the summer months and winter vacation weeks are the busiest travel times of the year for Americans. However, there hasn't been anything typical about 2020 so far. With many students in remote classes, a large percentage of the workforce working from home and a slew of vacation days that may not have been used on previously planned trips, some think this autumn could see far more travelers than in years past.

Kelly Soderlund, a spokesperson for TripIt, told The Washington Post that its data shows a spike in flight reservations to more remote areas, while bookings for larger cities like Chicago, New York, D.C. and Seattle dropped considerably this year.

That could mean a boon for leaf-peeping destinations, many of which are in more remote or mountainous areas.

An additional boost could also come from those looking to make up for lost summer vacations. According to The New York Times, many summer vacation spots in areas such as the Hamptons on Long Island in New York, are anticipating a bump in visitors this fall because of the downturn in travel over the summer.

And many resorts are inviting students and adults alike to bring work with them and enjoy the autumn scenery without using up time off.

"People are looking to extend their summer or, if they don't have children going back to school, to come out here and operate from Nantucket," Jason Curtis, the general manager of the Jared Coffin House on Nantucket Island, told The New York Times.

Just a couple hours of driving can swap out the Empire State Building and Liberty Bell with areas like The Hawks Nest in Sparrow Bush, New York. Although not as popular as other New York areas, such as the Adirondacks of northern New York or the dozens of places to gaze upon the foliage in western New England, scenic areas along the Delaware River give ample room for beautiful landscapes.

However, some areas along the East Coast may be missing some of their foliage charm this year due to the summer's tropical weather impacts. Thanks to weather events like Tropical Storm Isaias, many trees lost the majority of their leaves in August due to what is known as "salt burn."

The salt from seawater that was dumped over areas like Long Island, leaving the early appearance of dead leaves on trees months earlier than usual. For trees that didn't recover, the fall foliage may be a disappointment.

Meanwhile, extreme drought conditions across some isolated spots in Maine, New Hampshire and Massachusetts could also play a role in making colors less vibrant this year, where trees were left stressed and leaves may be duller than normal.

One place that salt burn didn't interfere with Mother Nature's fall color pallet was in Northeast Kingdom, Vermont. It was there that one photographer sent a drone into the sky on Monday and captured breathtaking aerial footage of the majestic autumn landscape below. For East Coast city dwellers who are up for a drive, Northeast Kingdom is about a six-hour car ride from New York City, about a seven-hour drive from Philly and under three hours from Boston, according to Google Maps estimates.

Located just about an hour and a half from Denver, the spot was already in its full autumn beauty on the first day of fall for residents looking to get out of the city.

According to AccuWeather Lead Long-Range Forecaster Paul Pastelok, the best ingredients for fall foliage are cool air to promote the formation of more colorful pigments and ample moisture followed by a dry, cool and sunny autumn with warm days and frostless nights.

"As the days feature less sunshine and the nights cool, leaves start to develop the abscission layer which divides the stem from the leaf. With this process chlorophyll production, which produces the green color in leaves, is significantly reduced," Pastelok said. "The red and purple colors that often lead to the most vibrant foliage is produced by sugars that are trapped in the leaf because the development of the abscission layer. The sugars are produced most robustly when there's a lot of sunshine."

According to the AccuWeather 2020 autumn forecast, some of the best colors for this season are expected across the southern Appalachians, which could make places such as Smoky Mountain National Park a popular destination this fall. However, Pastelok added that peak foliage may be delayed a few weeks due to warmer weather in some places.

Throughout the U.S., Pastelok said a variety of factors go into a fall foliage forecast, some of which can impact the vibrancy of color changes and others which may delay or change the peak time for fall colors.

"The change in leaf color generally starts from the northern tier of the U.S. and shifts towards the south," Pastelok said. "However, this is not a golden rule as terrain influences across the Appalachians and throughout most of the West leads to some unique foliage displays that differ from most of the surrounding region."