It's been 15 years since the Greek alphabet was used in a tropical storm name; it could happen again by next week

Forecasters say the Greek alphabet is likely to be tapped for a storm name by late this week or next week. 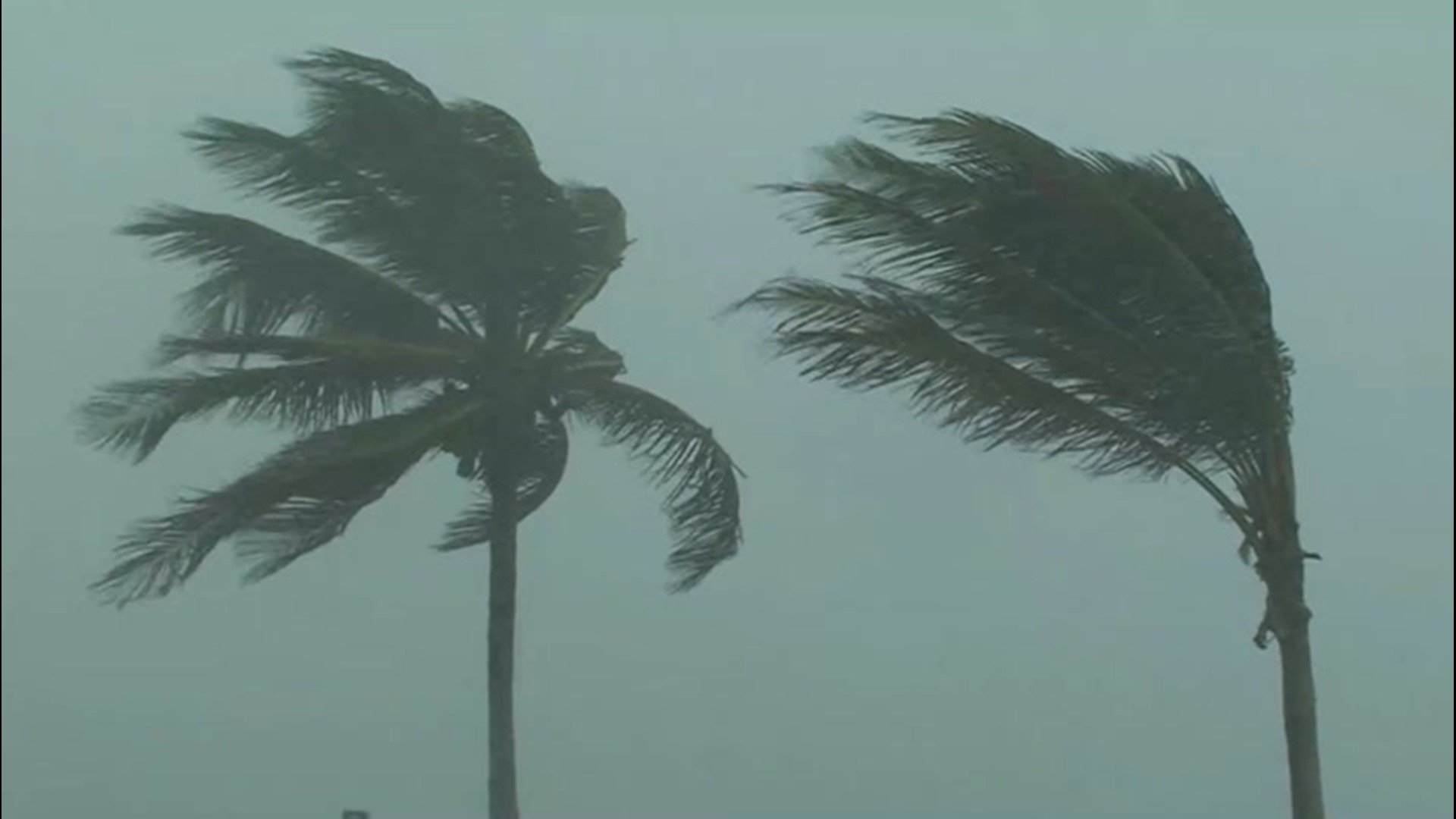 Wilfred is the last name in the alphabetical list designated for the 2020 Atlantic hurricane season, and with tropical threats looming and development expected to continue at a record-setting pace, it will soon be given to the next storm to emerge. Forecasters say the Greek alphabet is likely to be tapped by late this week or next week.

Cristobal and each system from Edouard through Teddy has set a record for the earliest tropical storm for their respective letters in the Atlantic. This trend will likely continue through the rest of the season, AccuWeather meteorologists said.

The last and only time the Greek alphabet was used was during the historic 2005 hurricane season that brought devastating storms such as Emily, Katrina, Rita and Wilma. During 2005, six Greek letters from Alpha to Zeta were used with a total of 28 named systems. There is a list of 30 Greek alphabet storm names available to be tapped from Alpha to Omega.

Three hurricanes were swirling in the Atlantic basin on Wednesday with Sally unleashing havoc over the southern United States, Paulette cruising the North Atlantic and Teddy spinning over the central Atlantic. Tropical Storm Vicky was located several hundred miles east of Teddy.

It is possible this record could be tied for a second time this season, or possibly broken, as some of the older systems hang on and new systems become strong enough to be given names.

"There are three main areas being monitored for new tropical depression formation this week through this weekend," according to AccuWeather's top hurricane expert Dan Kottlowski.

One of two systems that could form sooner rather than later was a strong tropical disturbance centered a few hundred miles south of the Cabo Verde Islands, which are located off the northwest coast of Africa.

"This Cabo Verde disturbance will move westward the next several days and could become a tropical depression and then perhaps a tropical storm within the next few days," Kottlowski said.

Current projections take this Cabo Verde system northeast of the Leeward Islands, but until a center forms and the system can be reliably tracked, people in the Leewards should closely monitor the feature.

Even if the Cabo Verde feature fails to form, there are other candidates out there that could snag the name Wilfred and potentially the first letters in the Greek alphabet.

One such system, currently a non-tropical storm located to the northeast of the Azores, could slowly acquire tropical characteristics in the next several days.

"The size of the system northeast of the Azores will make this transition rather difficult, so the chance for this to happen is low at this time," Kottlowski said.

Meanwhile, close to North America, over the western Gulf of Mexico, a slow-moving disturbance caught the eye of AccuWeather meteorologists this past weekend.

"This western Gulf of Mexico feature could evolve into a tropical depression and/or storm near the coast of Mexico over the next few days," Kottlowski said.

Hurricane hunter aircraft is scheduled to investigate this system on Thursday.

Both the disturbance near Cabo Verde and the feature in the southwestern Gulf could compete with the names Wilfred and Alpha.

There is also the risk of quick tropical development of a homegrown system, emerging from a stalled front, over the north-central Gulf of Mexico in the wake of Sally late this week to early this weekend. The potential window for development of a tropical depression would be very short, however, as steering breezes would take any disturbance quickly onshore over the Southeastern states this weekend.

Looking farther ahead, as the train of tropical disturbances continues to move westward across Africa and over the Atlantic, a new system may emerge offshore this weekend.

"This next disturbance from Africa could slowly evolve into a tropical system next week," Kottowski said.

As for existing systems, Teddy, Vicky and Sally, it is Teddy that will pose a threat to Bermuda next week since the projected path has shifted farther west from original expectations.

Teddy is forecast to strengthen into a major hurricane as it approaches Bermuda early next week.

An area of high pressure predicted to slide off the Northeast coast could help to pull the hurricane across Bermuda.

"All residents and interests in Bermuda should closely monitor the progress of Teddy and be prepared for what could be a much stronger hurricane than what was experienced earlier this week with Paulette," Kottlowski said.

There is the risk that a non-tropical weather system develops in the upper atmosphere off the mid-Atlantic coast next week, and it could influence Teddy's movement beyond Bermuda. That system could capture and fling Teddy toward the coast of New England or Atlantic Canada toward the middle or latter part of next week.

Meanwhile, the National Hurricane Center (NHC) stated that Paulette transitioned to a non-tropical system at 11 a.m. EDT Wednesday with ongoing 85-mph sustained winds. However, the feature has the potential to linger for many days over the middle of the Atlantic Ocean while stirring winds and seas. The system is forecast to track close enough to the Azores to raise seas and surf and enhance shower and thunderstorms on the islands this weekend.

Vicky is forecast to slowly diminish over the southeastern Atlantic in the coming days.

Sally, which made landfall as a Category 2 hurricane at Gulf Shores, Alabama, before daybreak Wednesday morning, will slowly weaken while taking a curved path over the Southeast states to end this week. Sally's main threat to lives and property will be from major flooding due to rainfall ranging from 1 to 2.5 feet.

With the vast numbers of tropical systems cruising the Atlantic in the coming days and weeks, beach, boating and shipping interests should exercise caution and keep tabs of changing weather conditions from one day to the next.

Bathers should be wary of the potential for frequent and strong rip currents. Nearly calm conditions on one day could be followed by rough conditions the next due to movement and changing strength of storms hundreds of miles away that send waves outward, like a plunger effect.