First responders were called to a three-vehicle crash near Hubbard Road and Dellinger Road in Prairie Township Wednesday night. 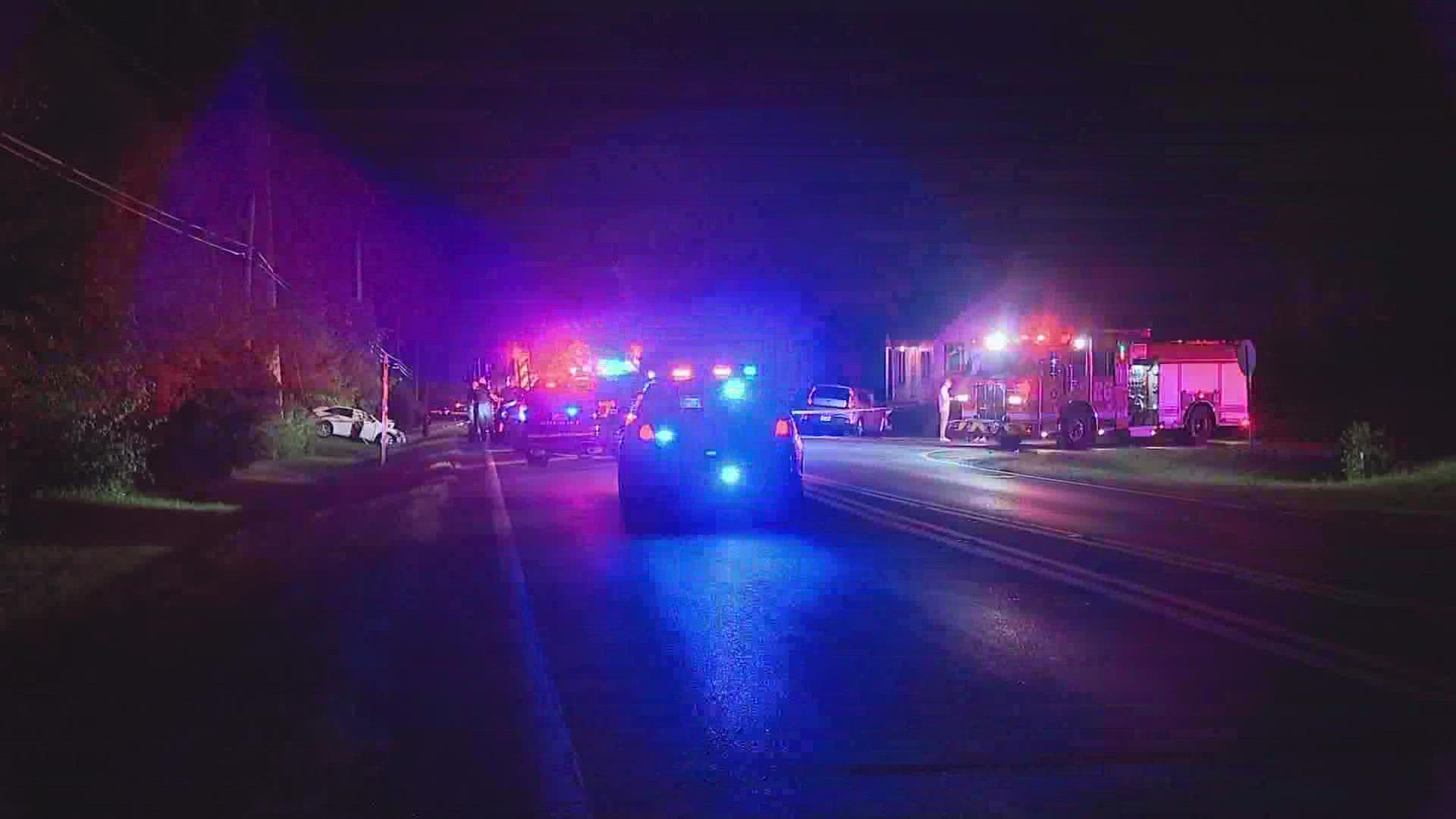 FRANKLIN COUNTY, Ohio — Six people are injured - two of them in critical condition - after a fiery crash in Prairie Township Wednesday night, according to the Franklin County Sheriff's Office.

It happened before 10:50 p.m. in the area of Hubbard Road and Dellinger Road.

According to the sheriff's office, a 2017 Kia Soul was turning westbound from Dellinger Road onto  Hubbard Road when it was struck by a Mercedes CLS that was traveling at a high rate of speed.

The Mercedes then crossed over into a southbound lane and reportedly struck a Toyota Venza. The Mercedes caught fire after it came to a stop in a ditch.

According to the sheriff's office, each vehicle had a driver and passenger inside at the time of the crash.

All six people were transported to the hospital. Two of those people are in critical condition.

The cause of the crash remains under investigation.

The Franklin County Sheriff’s Office asks anyone with information to contact its Crash Investigation Unit at 614-525-6113.