The crash initially closed I-71 northbound between Interstate 670 and State Route 161. 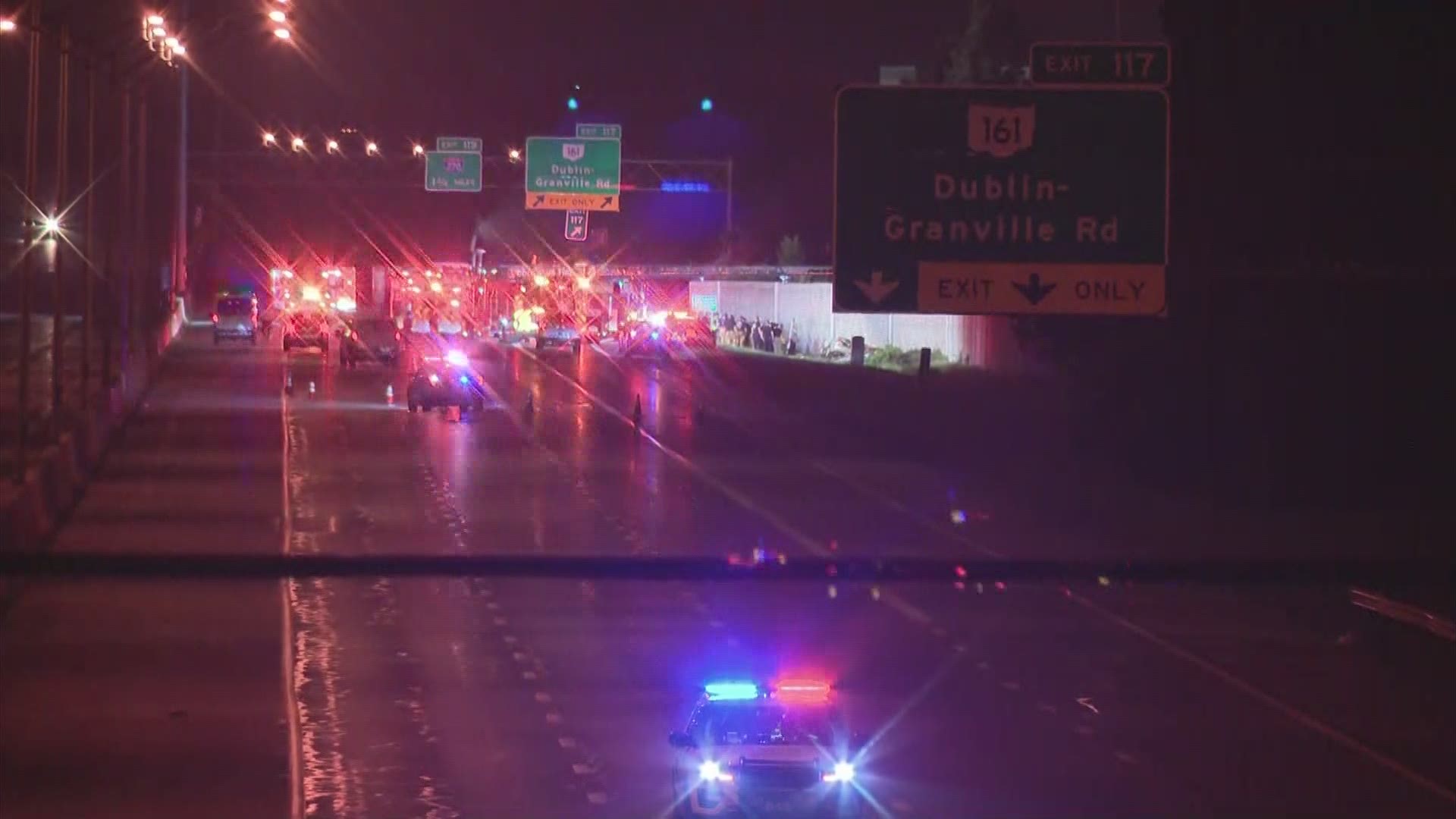 COLUMBUS, Ohio — Police have released the name of the woman who died in a single-vehicle crash in north Columbus Wednesday morning.

According to police, a Columbus woman was driving north on Interstate 71 North in a 2007 Ford Taurus.

She then left the roadway on the right and struck a sound barrier wall panel, which then fell onto the vehicle.

The driver was able to escape the vehicle, but two other passengers, including Alexis McCoy, were trapped inside.

McCoy was pronounced dead at the scene.

The other person was taken to the hospital in critical condition.