Ohio’s spring flower, the Orange Barrel, is in full bloom. 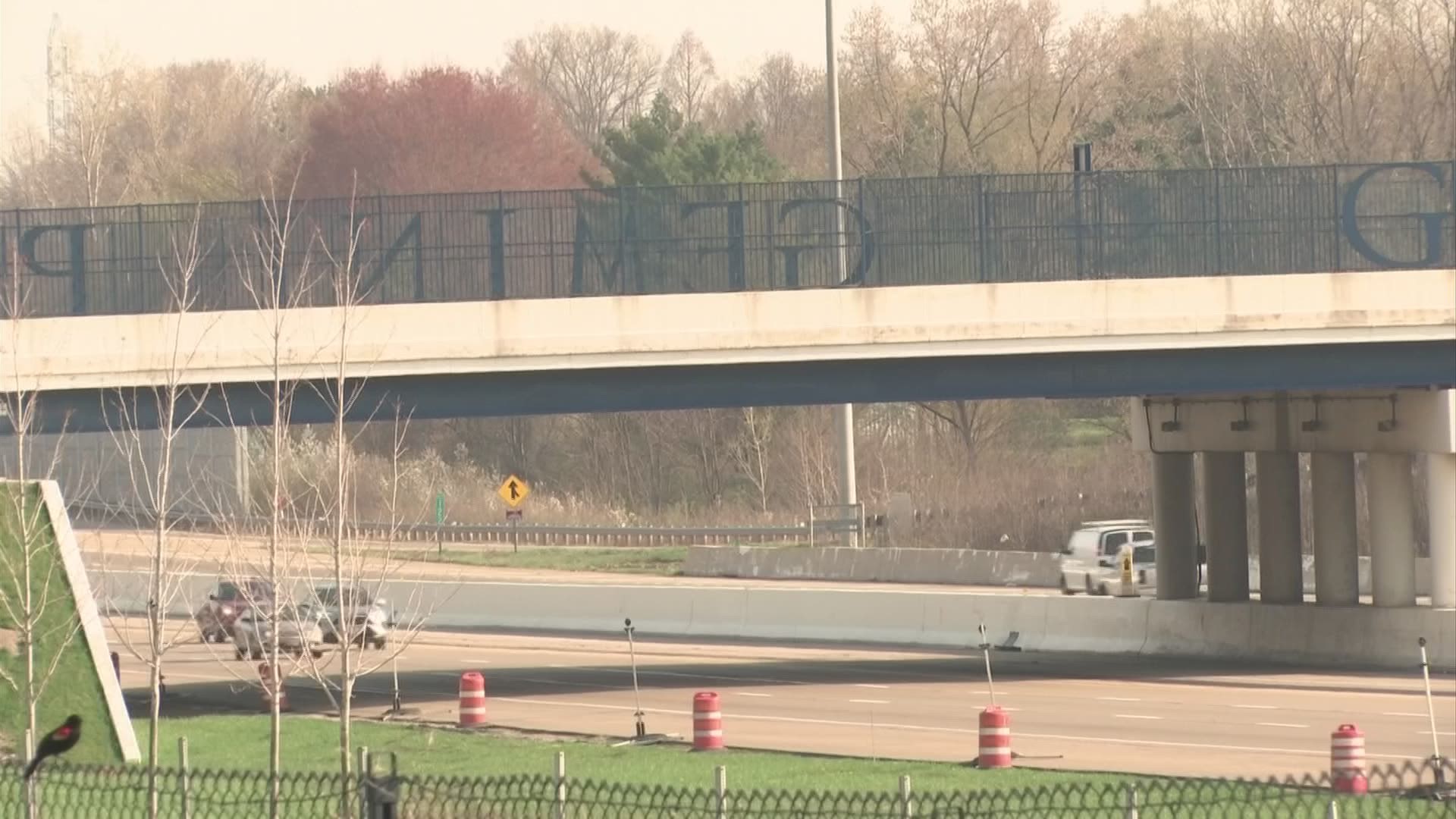 Ohio’s spring flower, the Orange Barrel, is in full bloom.

On Tuesday, officials with the Ohio Department of Transportation (ODOT), as well as local leaders gathered together for the 2021 ODOT construction kickoff event, featuring new work on I-71 south at Polaris/Gemini in Delaware County.

That roadwork is part of a new $6 million project to widen I-71 south between Polaris/Gemini and I-270, widen the ramp from I-71 south to I-270 west to two lanes and to construct an opening in the barrier wall to allow traffic to enter I-71 south from Gemini Place sooner.

Statewide, Ohio will see more than 900 projects, worth $1.9 billion, according to Jack Marchbanks, ODOT director.

There will be more than 145 projects worth $540 million planned for the central Ohio area, including 44 pavement improvement projects, 18 bridge projects and 13 safety upgrades, according to a release by Breanna Badanes, ODOT spokesperson.

Aside from improving traffic congestion across the state, safety is at the heart of much of the roadwork plans for 2021, Marchbanks said.

“Of those over 900 projects, 266 of them are going to be safety oriented,” he said. “Every project that ODOT undertakes improves the safety of the system but this season really marks a leap forward in terms of safety programs.”

Safety initiatives will focus on both improvements for drivers and ODOT crews, who were impacted by a spike in construction site crashes in 2020 despite fewer drivers on the road.

“We had 18 people killed in our construction work zones last year,” Marchbanks said. “That is intolerable. We have to do better. We are focused like a laser beam on improving safety, working with Ohio State Highway Patrol in terms of enforcement.”

Some of that enforcement includes air patrolling in areas like the I-70 at I-71 work zone at the East Side Split, Marchbanks said.

In that area, ODOT expects to hit a major milestone this summer, with the opening of the new ramp from Fulton Street to I-70 east, according to Badanes.

In Southern Franklin County, South Side Mega Fix is expected to wrap up in June, with widening work on I-71 south of London Groveport Rd (SR-665) and toward the Pickaway County Line.

To the East, drivers will see continued work on US-40 through Licking County, as well as construction replacing the SR-661 bridge south of Granville.

New impacts can be expected this summer with the start of a “multi-year mega reconstruction project” on I-70 through Zanesville.

For an overview of 2021 projects in District 5, which includes Licking, Fairfield, Knox, Coshocton, Muskingum, Perry and Guernsey Counties, click here. 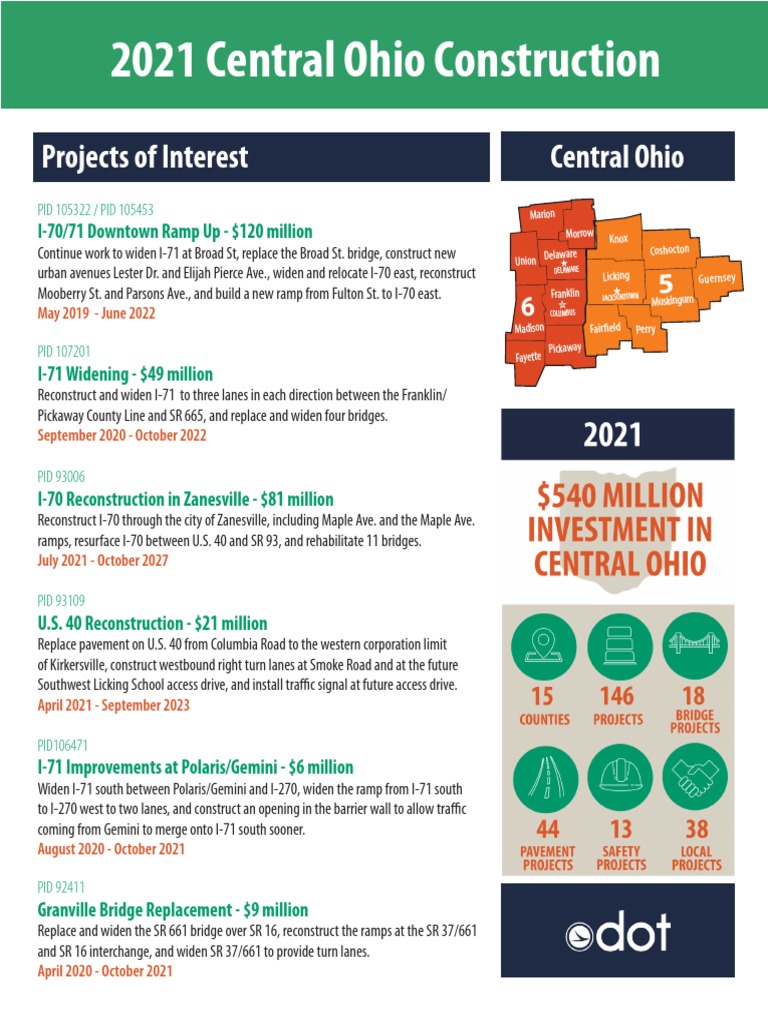