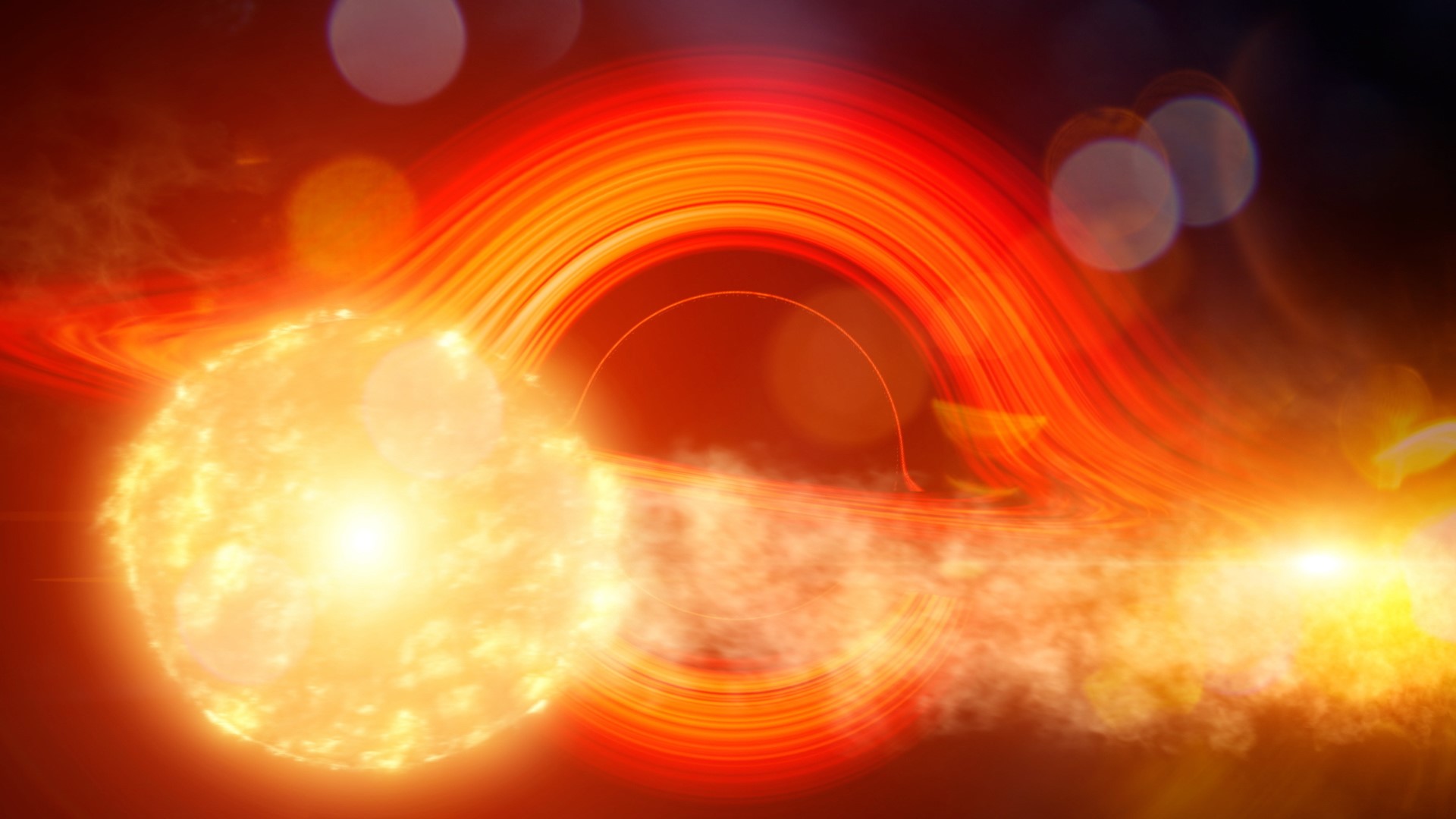 COLUMBUS, Ohio — A team of astronomers from Ohio State University and NASA have found an astronomical "Old Faithful".

The All Sky Automated Survey for Supernovae, ASAS-SN, is a collection of telescopes that surveys the entire sky and outside of our galaxy.

Students using this technology have found a geyser-like flare in a distant galaxy.

Patrick Vallely, a co-author of the study, found a star circling a supermassive black hole.

As the star approached the black hole, mass from the star would be torn off and a flare of gas would emit.

They were able to capture images of the flare, which reminded the students of the famous Old Faithful geyser.

ASAS-SN first captured a flare from this back in 2014, but it wasn't until recently that studies proved it to be recurring, happening every 114 days.

The last flare was studied around Christmas 2020 and the next flare will appear in early April.