After winning three national championships as a college coach, Urban Meyer is now trying to recapture that winning magic with the Jacksonville Jaguars. 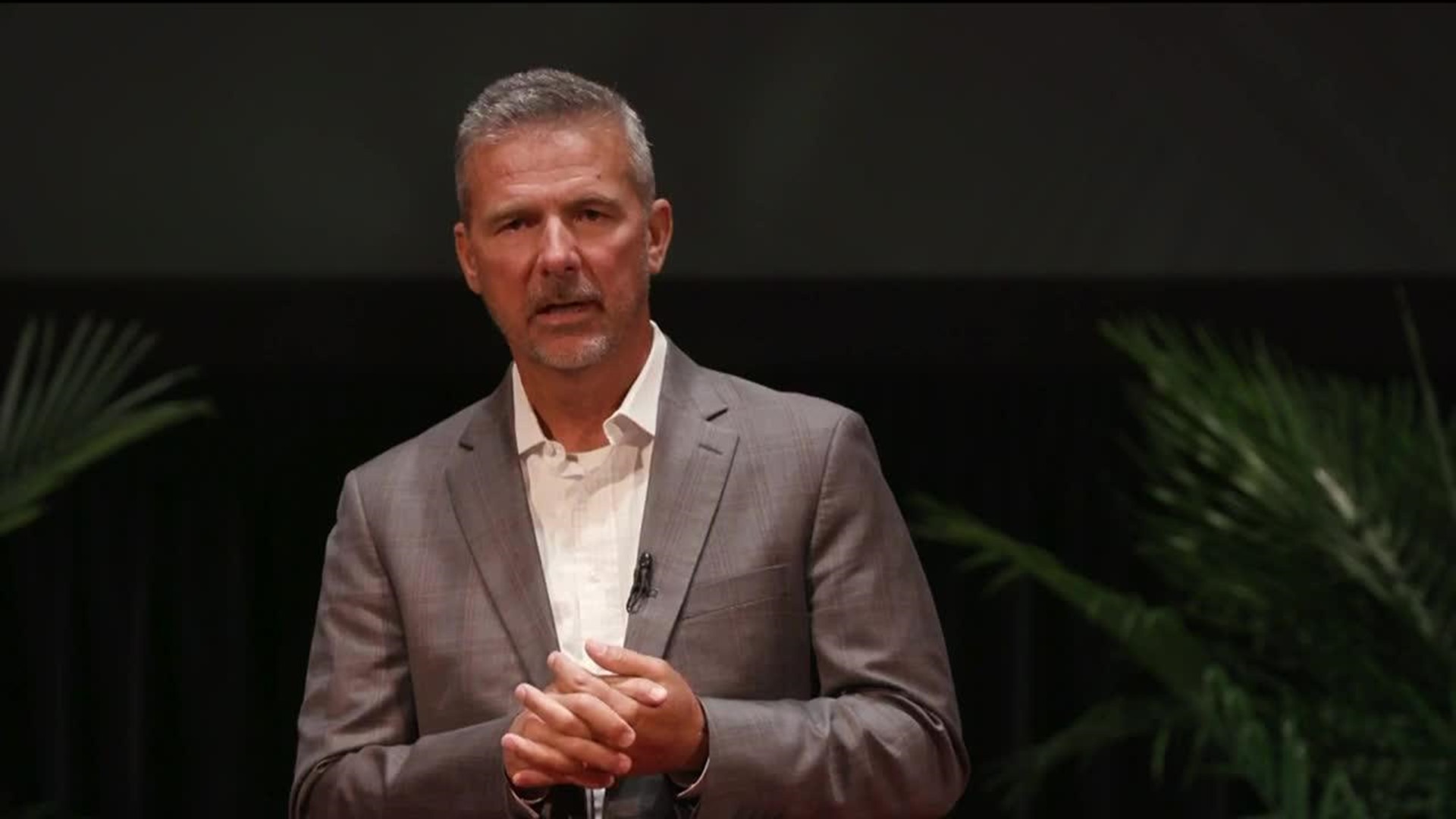 COLUMBUS, Ohio — After winning three national championships as a college coach, Urban Meyer is now trying to recapture that winning magic with the Jacksonville Jaguars.

Meyer sees himself as a builder and this is the ultimate building challenge. The Jaguars went 1-15 last season.

He admits he despises losing, but this is the NFL and things are different.

“It is going to be something I don't want to get used to it because you won't, but it is reality,” Meyer said. “The whole league is designed to go 8- 8 and I just took over a team that went 1-15. Reality is going to set in, but we are going to try and win every game we play.”

Meyer stepped down at Ohio State because of a cyst on his brain, which is aggravated by stress. How will he handle that as he tries to turn this team around?

“It is just something I am watching. I am coaching. I am not running special teams, not knee-deep in the play calling. I hired really good coaches,” he said. “I made it clear that is their jobs. I am very involved in the talent acquisition piece and the culture piece.”

With the No.1 overall pick in April’s draft, Jacksonville selected Clemson quarterback Trevor Lawrence. Meyer thinks he is the franchise quarterback every NFL team is in search of.

“His body of work is one of the best of all time,” Meyer said. “His skill set is elite and he is a competitor. Those are the skillset that you need.”

For Meyer and his staff, it is all about building something with the Jaguars, trying to turn around a football team that has been at the bottom of the league. As for how he will measure that, he has a simple formula.

“Are we the best that we possibly can be? That is where I start with the whole power of the unit. Is every unit maximized? If we are, I think we will win a bunch of games,” he said.

And his Ohio State roots remain a part of him. He had signed four former Buckeyes like Carlos Hyde and Andrew Norwell. And there could be more in the future.

“That is always high on our list if we can get them,” Meyer said. “It is not as easy as recruiting where you can go out and recruit someone. You have contracts and all that other stuff. I would like to take them all.”

At the end of the day, the NFL is a business. It is about wins and losses with the ultimate win coming in the form of a Super Bowl.

When asked if he dreams of that feat, Meyer said of course.

“I dream about everything, he said. "I dreamed about the Buckeyes winning a title for our home state. I would love to see the state of Florida experience something like that here in Jacksonville.”