President Trump is saying that an immediate return of a Big Ten football season is "on the one-yard line." 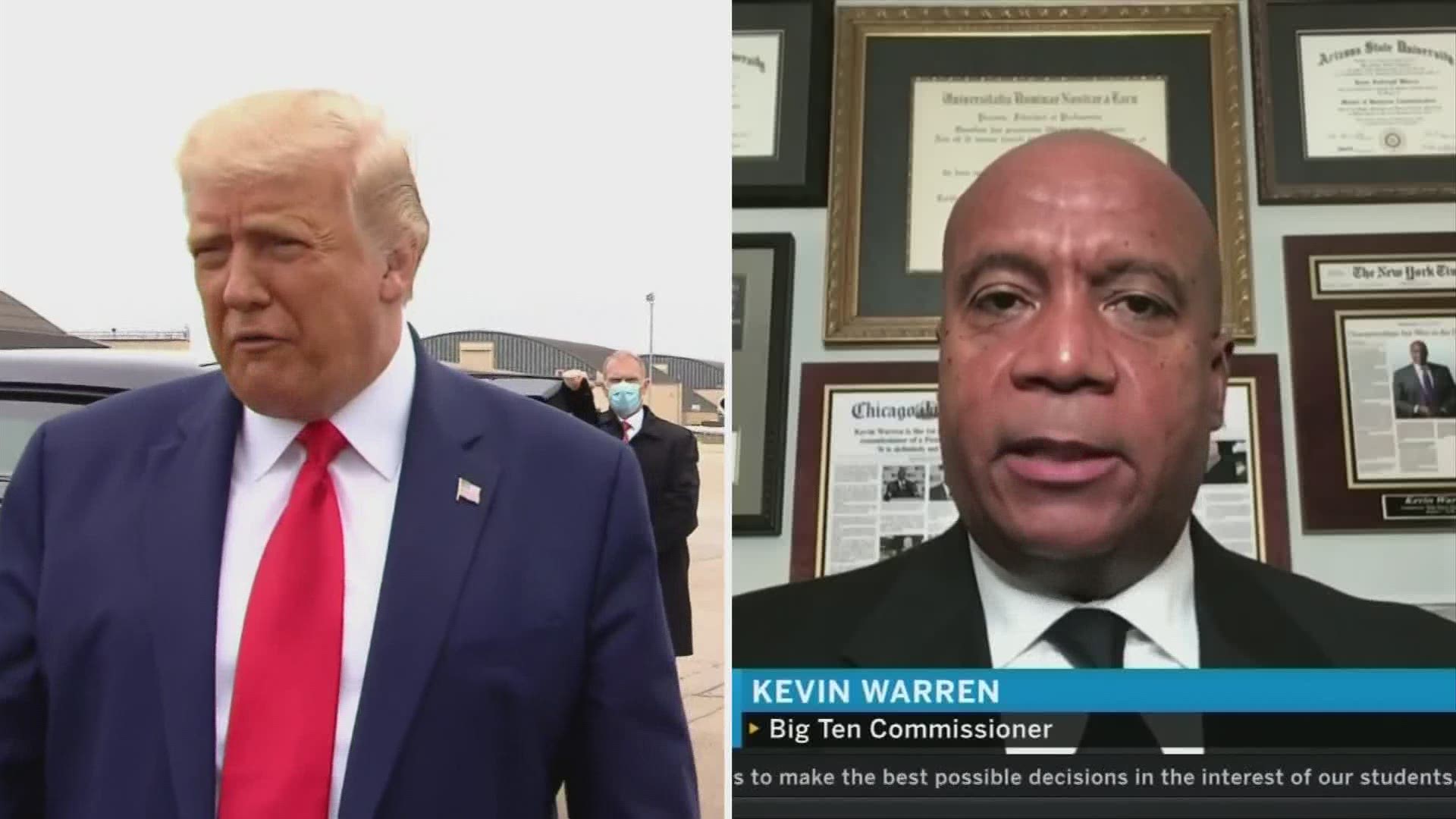 COLUMBUS, Ohio — President Donald J. Trump is saying that an immediate return of a Big Ten football season is "on the one-yard line" after he talked with the conference's commissioner.

In a tweet Tuesday, Trump says he had a "productive conversation" with Kevin Warren about starting up Big Ten football.

Had a very productive conversation with Kevin Warren, Commissioner of the Big Ten Conference, about immediately starting up Big Ten football. Would be good (great!) for everyone - Players, Fans, Country. On the one yard line!

The Big Ten confirmed the conversation between Trump and Warren, saying the White House reached out to the commissioner to set it up.

The Big Ten announced Aug. 11 it would move its football season from fall to spring semester because of health risks associated with the coronavirus pandemic. The Pac-12 followed suit, joining the Mid-American Conference and the Mountain West.

The Big Ten provided the following statement to 10TV about the conversation with President Trump:

The Big Ten Conference and its Return to Competition Task Force, on behalf of the Big Ten Council of Presidents and Chancellors (COP/C), are exhausting every resource to help student-athletes get back to playing the sports they love, at the appropriate time, in the safest and healthiest way possible."