The Houston Texans have made a lot of bonehead moves in the last year, but chasing off the best quarterback they've ever had is at the top of the heap. 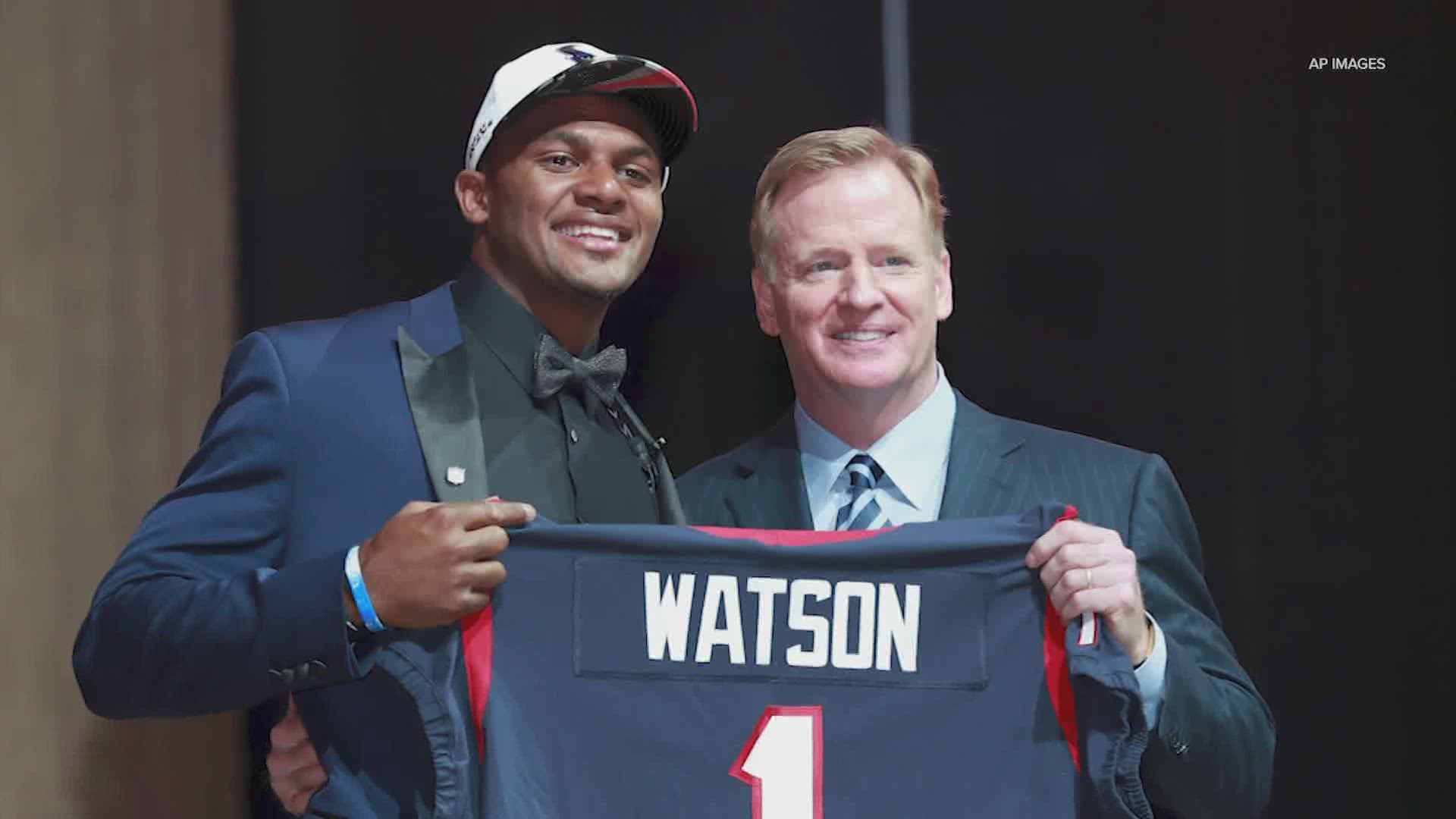 HOUSTON — Houston native Hannah Storm's reaction to the Deshaun Watson news pretty much summed up the way most Texans fans felt when they heard our quarterback has asked for a trade.

How did Houston native @HannahStormESPN take the “Deshaun Watson has demanded a trade” news? pic.twitter.com/77hcmz0ouR

Houston fans love @deshaunwatson and he has proven his love for Htown. Their frustration is directed not at him, but the organization that has failed him. And having another huge Houston star want to leave, on the heels of James Harden, is really tough.

Watson wants out and no one can blame him.

Some Texans teammates, literally, had no words.

JJ Watt was quiet on Twitter Thursday, but 'Tonight Show' host Jimmy Fallon asked him about the Watson trade rumors earlier this week, and about speculation that he [Watt] could be next.

“I process it by going to Hawaii for a week. I probably should have stayed there,” Watt said. “We were enjoying mai tais by the pool, and that was a good way for me to cope with it and I might just head back there.”

The Mai Tai’s in Hawaii were far more therapeutic!

Thanks for having me @jimmyfallon, always a pleasure and a privilege to spend time with you my friend. https://t.co/EHKboqPmxG

After losing the final game of the season and finishing 4-12, Watt was overheard telling Watson,"I'm sorry we wasted one of your years."

If I’m @deshaunwatson I will stand my ground. The Texans organization is known for wasting players careers. Since Jack Easterby has walk into the building nothing good has happened in/for the organization and for some reason someone can’t seem to see what’s going on. Pathetic!!!

Now fans on other teams are chomping at the bit for the chance to add Watson to their roster.

Oh, and thanks for rubbing salt in our wounds, you guys.

That's more than many other superstar QBs over their first 50 starts.

Can you fathom a franchise having a player as good as Deshaun Watson yet screwing it up so badly that they now may have to trade him only to go out in search of another QB as spectacular as Watson? Pure insanity! Teams search their whole existence trying to find a QB this good!

Sometimes, you gotta laugh to keep from crying.

David Culley: "We can turn this team around together Deshaun."

Put Deshaun Watson on Robinhood. That way, he can’t be traded. pic.twitter.com/gZ2MQtM8H0

Texans fans explaining their master plan over the last 12 months for Deshaun Watson and the team: pic.twitter.com/tiu8D5WZot

One thing that was clear: No one blames Watson for wanting out. They say this is on the front office.

If he does get his wish to be traded, he'll forever hold a place in the hearts of H-Town fans.

can’t be legendary on a team that settles with mediocrity, love you @deshaunwatson my fav qb of all time

Thank you, @deshaunwatson and soon to be @JJWatt ! I appreciate what you did for this franchise and I will miss you every week! I hope you win the Super Bowl and find a better owner and management!