Tim Emery said his restaurant couldn't sit in a better place. He expects business to skyrocket in the Arena District once it opens. 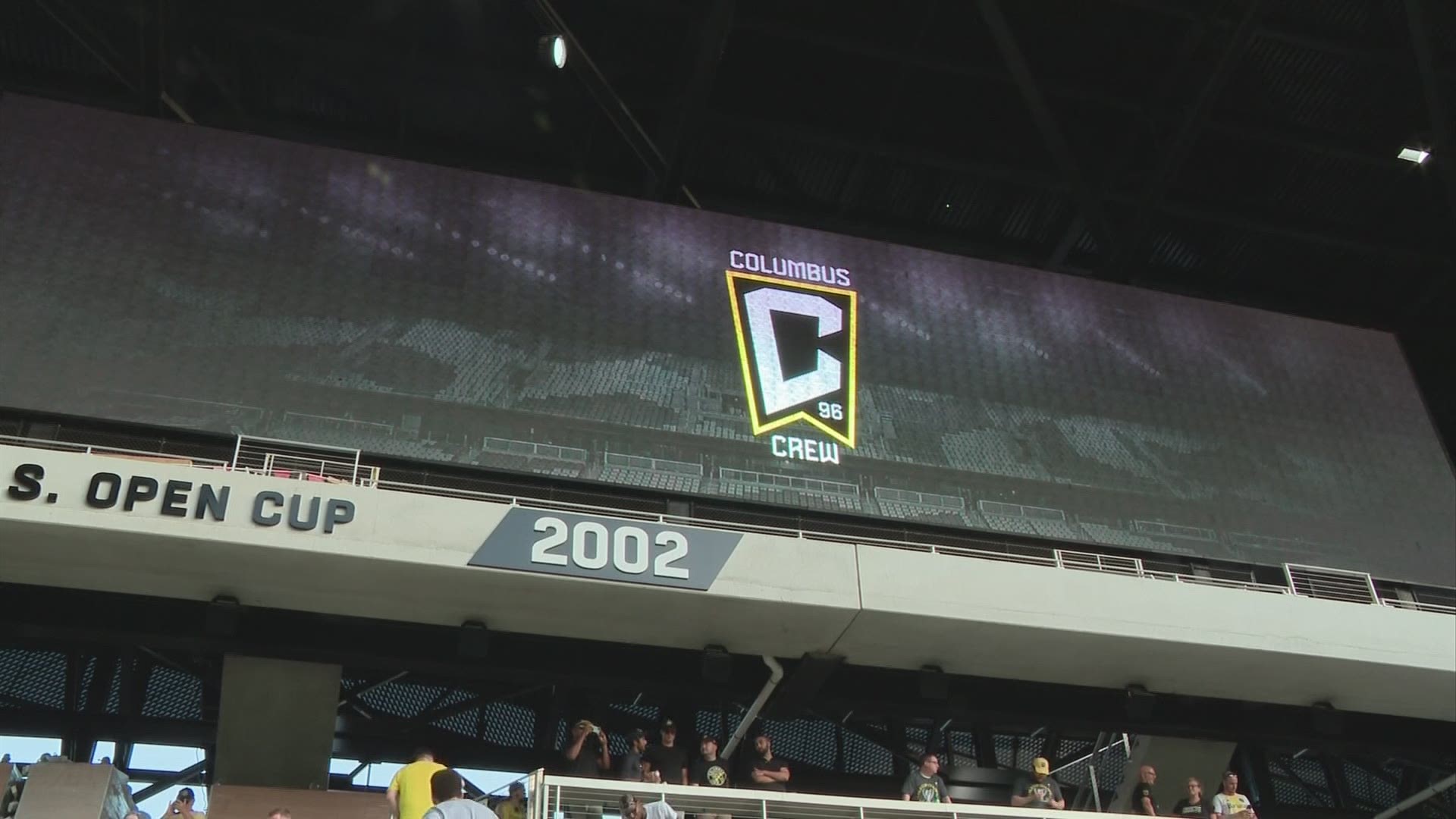 COLUMBUS, Ohio — Summer is in the air in Columbus, even though the pandemic hasn't totally gone away quite yet.

"This energy probably hasn't been replicated in a lot of cities in the United States,” said Tim Emery, owner of Boston’s Restaurant and Sports Bar. He said that same energy is building a few blocks away from his spot.

“I've walked to the new crew stadium it's about six or seven minutes from Boston’s, so it's going to be a lot of excitement down here,” said Emery.

On July 3, the gates to Lower.com Field will open. The new smell, green grass, will welcome fans from all over.

But the impact of the stadium stretches much farther than these stands.

“We opened about one year before Huntington Park. We saw that location open, experienced that so we have some idea of what that brings, but now to have a third venue down here it just really pushes us over the top,” said Emery.

Emery said his restaurant couldn't sit in a better place. Across the street is Nationwide Arena. A few blocks from there is Huntington Park. If you go a little further, there lies Lower.com Field.

Emery expects business to skyrocket in the Arena District once it opens.

“There are a couple of days where the Clippers and the Crew play the same day. But the Crew their schedule kind of compliments both the Blue Jackets and the Clippers,” he said.

Lower.com Field holds more than 20,000 fans. Alex Fischer, a man who played a huge role in keeping the team and the stadium in Columbus, tells 10TV this is a location picked with purpose.

"A part of what we're growing in Columbus is a vibrant dynamic city. and having professional sports is really important,” said Fischer.

Fischer is the president and CEO of Columbus Partnership, a civic organization that helps the city's economic development.

Years ago, the team's previous owner had plans to move the stadium to Austin Texas.

Fisher and others worked to keep the team here. Fischer said this has helped businesses and the city thrive.

“Not only the stadium but you think about the development that's occurring around it. the new residential development including an emphasis on affordable housing it's going to become this phenomenon,” said Fischer.

Columbus was hit hard by the pandemic, but it didn't stop production on the stadium.

10TV reached out to a spokesperson with the team. More than 700 people were able to work.

Strip away the suit and the title, Fischer is also a true crew fan at heart.

A fan that's more than excited to sit in the stands and catch a match. To him, Lower.com Field will be a footprint in Columbus.

"Getting international exposure to your city, you think about the young electric community and a part of what we're growing in Columbus is this vibrant dynamic city,” said Fischer.

Emery said the experience he's anticipating the stadium will bring is something you won't find in any other city.

To him, the best spot in town just got that much better.

"Let's be honest it's been a tough year in the arena district. There's still a lot of restaurants and bars that aren't open, it'll just help lift the whole area we've seen it before and just continue to see that,” said Emery.