We're less than a week away from the Columbus Crew's opening game at Lower.com Field. 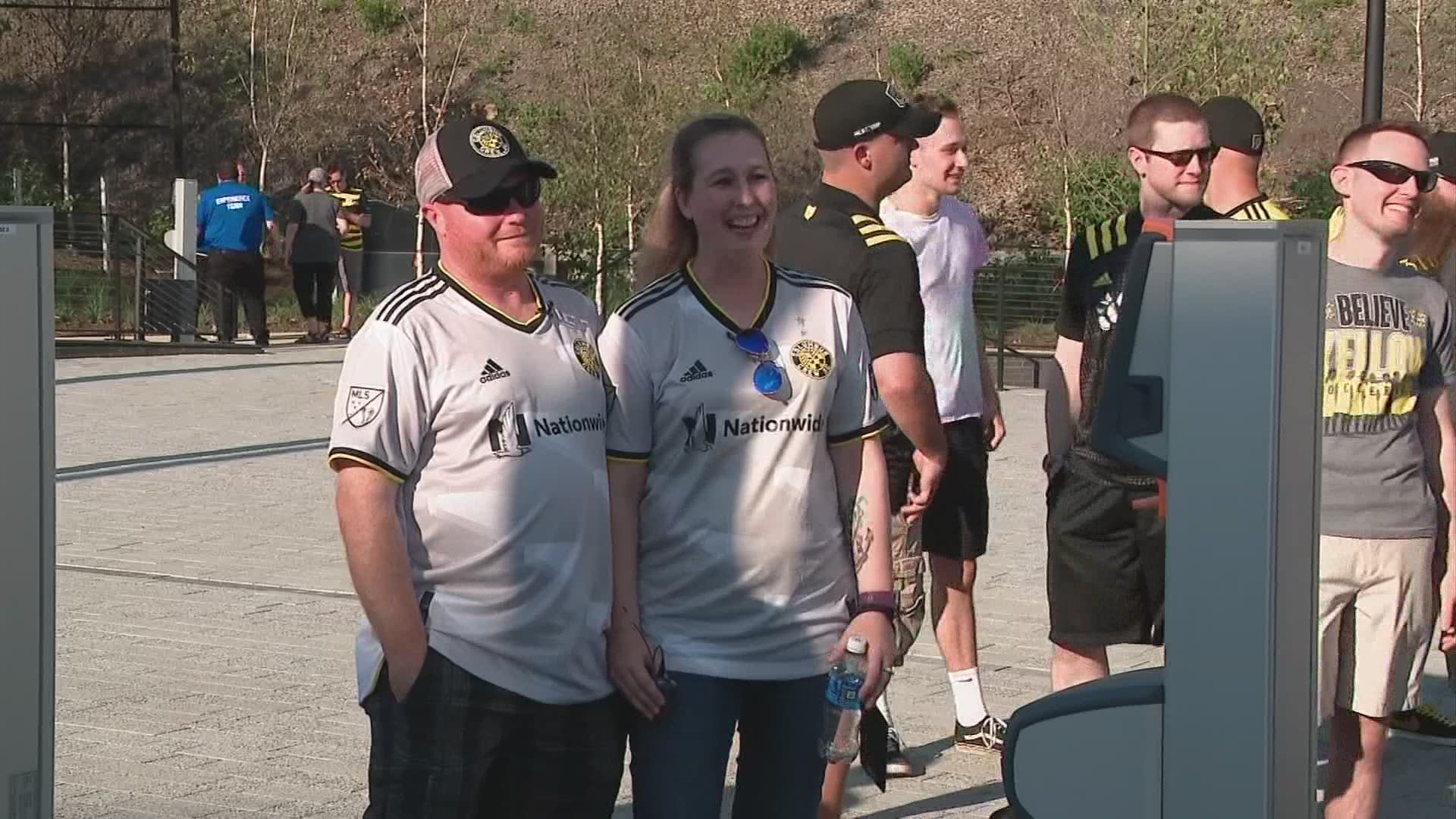 COLUMBUS, Ohio — We're less than a week away from the Columbus Crew's opening game at Lower.com Field. But on Sunday, some fans were able to watch the Black and Gold take on Austin FC at the new stadium.

The new stadium is also a new "home" for the Cunninghams – Jared and Julie.

"We actually got here about 4 p.m. I've been coming to Crew games since the team was formed in '96," said Jared.

The two were among 2,000 season ticket holders who were able to be inside the stadium for a special watch party as their beloved team played in Austin, Texas.

Jared and Julie reside in Lucasville, but nothing feels better to them than to be in their seats.

"You know, when you come in to sit down and you get the view of what the pitch is going to be like, unreal. It's really like an out-of-body experience almost," said Jared.

It's an experience for which they'll keep coming back. The two said they plan to return this upcoming week for the team's first Major League Soccer match at Lower.com Field.

"Historic Crew Stadium was loud and chanting the whole time. Now, to have the second-largest supporters section in MLS, it's going to be crazy," said Julie.

Fans in attendance didn't walk away empty-handed on Sunday. They were given a replica of the 2020 championship ring.